A Sydney plastic surgeon has asked the Federal Court to stop a woman on whom he decided not to perform surgery from waging a smear campaign against him in online reviews.

Dr Warwick Nettle launched defamation action last year against former patient Catherine Cruse over a series of anonymous reviews and a website allegedly made by her after he decided not to perform facial surgery on her in 2018. 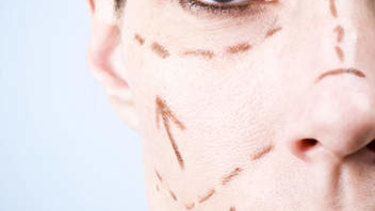 Dr Warwick Nettle is suing a woman on whom he refused to perform surgery for defamatory reviews.Credit:istock

The court heard the website included photos of women on whom Dr Nettle had not operated, with the words "Botched by Warwick Nettle".

"It's been a campaign of abuse against my client ongoing for more than a year. It was the last step that my client could take to try and curb the vitriol," she said.

Ms Chrysanthou said the "false and highly defamatory" reviews went to "the core of his reputation as a surgeon".

Dr Nettle was known for being "very careful and very ethical" and had a five-star rating on Google reviews before the campaign began, she said.

Ms Chrysanthou told the court Dr Nettle had decided in January 2018 "it was not appropriate for him to operate on Ms Cruse". Alterations to a person's face "have a lifelong impact on them", she said.

The court heard Ms Cruse was believed to be behind 50 or 60 online publications but Dr Nettle had elected to sue over just four because it was unlikely he would recover legal costs in any case.

This was because Ms Cruse had not taken an active role in the proceedings and did not appear in the remote hearing on Friday, either in person or via a lawyer.

Dr Nettle had previously made a claim for economic loss arising from the publications but this had been abandoned because "we assume we're never going to recover" the money, Ms Chrysanthou said.

She said Dr Nettle had previously "caved in" to blackmail by Ms Cruse and paid her $3000 to stop defaming him online. The parties signed a deed with a mutual non-disparagement clause but her online campaign did not stop. He also took out an Apprehended Violence Order.

Ms Chrysanthou said Dr Nettle was seeking an injunction to restrain Ms Cruse from defaming him in the future.

Federal Court Justice Michael Wigney said on Friday the case was "far removed" from defamation cases involving the media and it was the type of case in which an interim injunction to restrain further publications was appropriate, pending the final outcome.

Justice Wigney will deliver his decision at a later date.