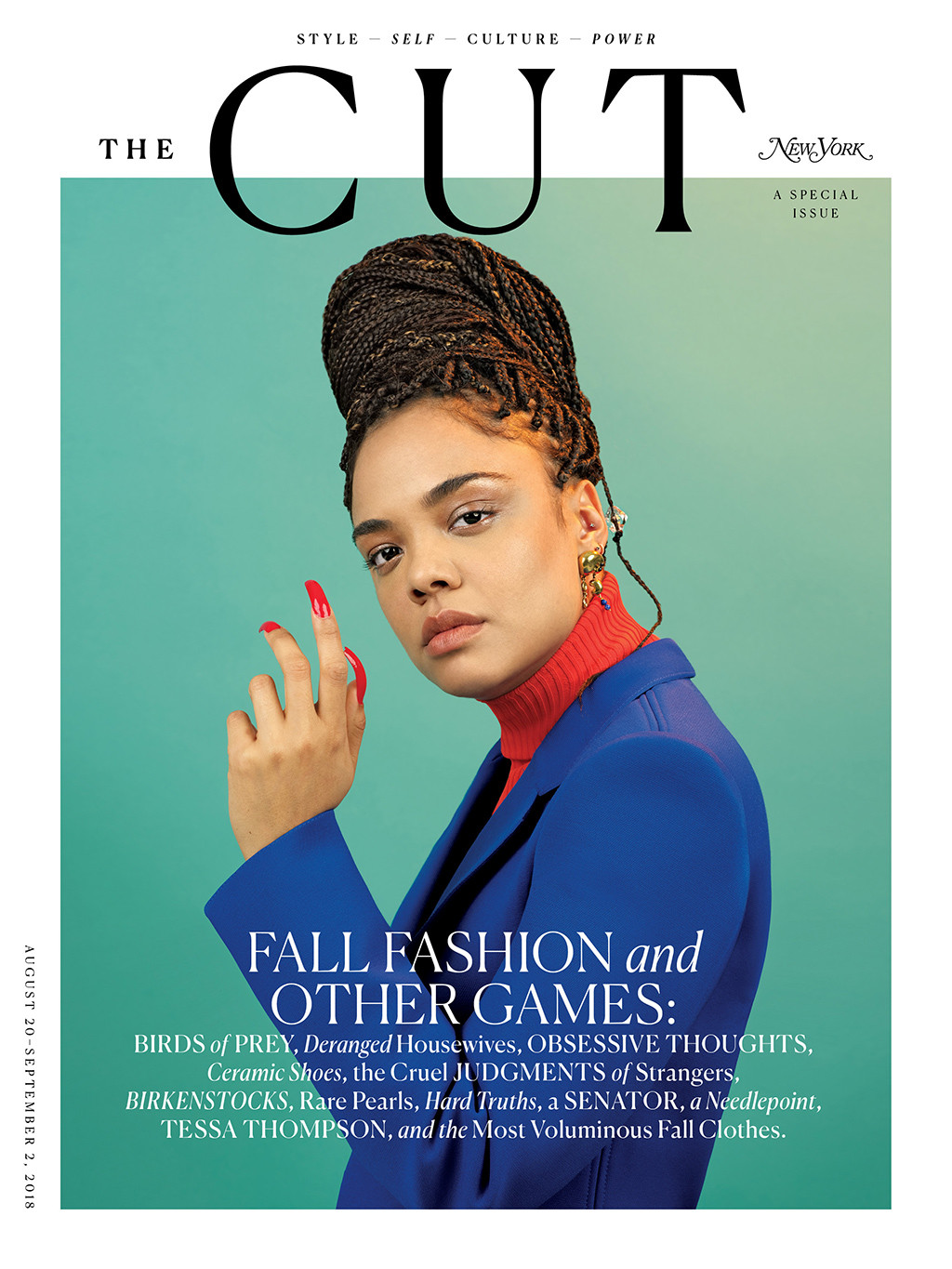 “I currently don’t have time to date,” actress Tessa Thompson says in The Cut‘s first-ever print issue, available on newsstands now. “Also, because dating right now requires that somebody gets on a plane, which is fine, but that’s a lot to ask when you’re first…It’s a lot of expectation.”

The Sorry to Bother You star is fiercely private about her personal life—and that includes her rumored relationship with singer Janelle Mon&#225e, who told Rolling Stone in April she identifies as pansexual. Thompson—who told The Edit in June she identifies as bisexual­—later denied dating Monáe via Twitter, which confused some fans. “I still haven’t read that piece. I was just speaking candidly,” she says, matter-of-factly. “I wasn’t there to sort of make any declarations.”

But were the stars ever a couple? “The truth is Janelle and I are both in a space where we’re trying to push boundaries in terms of the idea of what space a woman of color can occupy,” Thompson says, explaining they both “believe fiercely that people should be free to love who they love,” but are not interested in “super-binary conversations” about “identity or sexuality.”

Tessa Thompson Opens Up About Her Sexuality

It’s a concept they stand for “separately,” Thompson explains to The Cut. “And in our friendship,” the 34-year-old actress/activist adds, “we celebrate that we’re like-minded in that space, too.”

Thompson goes on to explain how screen star Greta Garbo allegedly had affairs with women. “And while I found that interesting about her, honestly, when I got done reading about her on Wikipedia, it only just made me want to watch more of her films,” she says. “I guess that’s sort of the way I feel in general, which is I just want to center the conversation around my work.”

As far as dating is concerned, Thompson is wary of using apps or websites to find a partner. She once gave it a try, but she mostly treated it as a social experiment with her friends. “It didn’t go well. We had some passive-aggressive and some just like aggressive messages being, like, ‘You’re not real!'” the actress tells The Cut. “And I was like, ‘And you’re right, I’m not!’ Delete.”