An 18-year-old is speaking out about his decision to alert federal authorities to his father’s involvement in the deadly riot at the U.S. Capitol, even as he says his father threatened to shoot his family members if they turned him in.

“It was my moral compass, kind of, to do what I thought would protect not only my family, but my dad himself,” Jackson Reffitt of Wylie, Texas, told Fox 4 News of his decision to alert the FBI. “And it wasn’t just because I think my dad is aggressive, I think what he’s been manipulated into thinking is aggressive.”

Reffitt said he got in contact with federal authorities after his father, Guy Reffitt, returned from Washington, D.C., where he participated in the Jan. 6 riot that led to the deaths of five people. Video taken at the event and broadcast on Fox News appears to show Guy Reffitt wearing a tactical-style vest and a helmet while standing behind police lines, according to photos shared in an arrest affidavit. 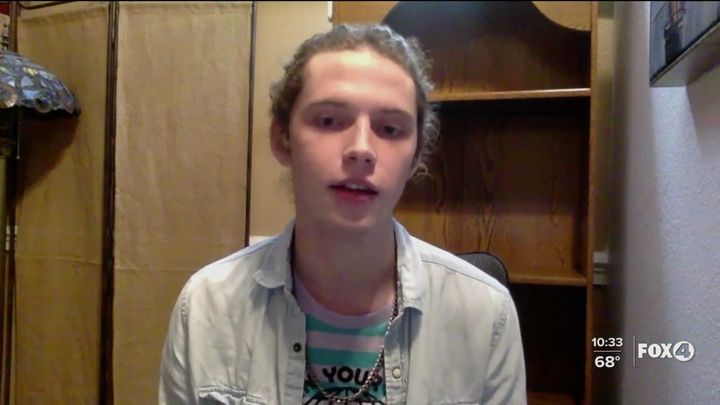 The FBI later launched a public campaign for information leading to the arrest of those who unlawfully participated in the event, allegedly prompting warnings from the father of three.

“If you turn me in,” Guy Reffitt is quoted in his arrest affidavit as at one point telling his kids, “you’re a traitor and you know what happens to traitors … traitors get shot.”

Jackson Reffitt said at one point his father, who had become radicalized over recent years, also told him to “choose a side or die.”

He found his father’s threats to his family deeply disturbing but said he never believed his dad, who Jackson Reffitt said has firearms, would act upon them. Still, he was worried.

“The police could’ve come in at any time, at a bad time, regardless of the situation and my dad could’ve opened fire,” he told Fox 4 News.

Jackson Reffitt’s two sisters, in an interview with NBC DFW, confirmed hearing their father’s threats but said they believed they were overblown.

“He definitely wasn’t saying he would shoot us,” said Sarah Reffitt, 23. “That claim is so, so out there it doesn’t even make sense. It’s so out of context.” 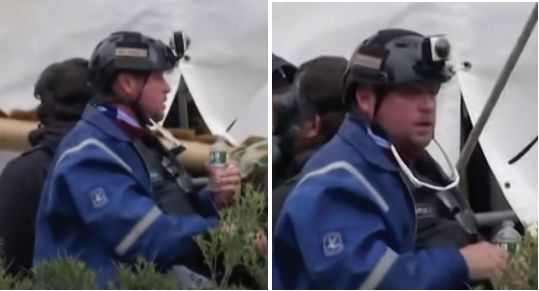 Guy Reffitt’s wife, when questioned by law enforcement, said her husband is a member of the Three Percenters, which is identified as a right-wing extremist group by the Anti-Defamation League. She said her children told her of the threats that he had made to them and she confronted him about it. He didn’t express any regret, however, instead telling her that he “was trying to protect the family, and if someone was a traitor, then that’s what’s going to happen,” she’s quoted as telling investigators.

Guy Reffitt is “super passionate,” his wife allegedly told investigators, and sometimes says things that he does not mean.

During a Jan. 16 search of the family’s Wylie home, located northeast of Dallas, authorities said they found an AR-15 rifle and a Smith & Wesson pistol. Guy Reffitt said he purchased the pistol on his drive from Texas to Washington but that it was disassembled while he was in the district in order to comply with the local firearm law, according to the arrest affidavit.

Jackson Reffitt said it wasn’t until he gave an interview with CNN late last week that his family learned that he had tipped the FBI off to his father, who was already under investigation. In an interview with The New York Times on Saturday, Jackson said he is not staying at his family’s home and that he is using his girlfriend’s phone because his family disconnected his. On Friday, he launched a GoFundMe account to help pay for his college tuition and potential housing, telling donors “I might be kicked out of my house due to my involvement in my dad’s case.”

Jackson Reffitt said he hasn’t had a chance to speak with his father since his arrest but that he wishes he could. If given the chance, he said he’d apologize.

“I don’t feel that I put him in this situation but I still feel guilty,” he told Fox 4 News. Still, he said he has no regrets about what he did and “would do it again.”

Guy Reffitt faces charges of knowingly entering or remaining in any restricted building or grounds without lawful authority and obstruction of justice. He is one of more than 135 people who have been charged thus far for their alleged involvement in the attack.