‘The biggest film I’ve done’: Christopher Nolan on the secret world of Tenet

The instructions are direct. Before interviewing Christopher Nolan about the Hollywood blockbuster that will determine the fate of the world's cinemas this year, there are certain key steps to follow.

First, sign a waiver agreeing to not "discuss or disclose" even having seen the movie, let alone publish any thoughts, until a date to be advised. Then, next morning, quietly slip through a grilled gate and up a flight of escalators to be the only patron in a Gold Class cinema for a morning screening. In fact, the only patron in the entire multiplex. And hand over your phone to a security officer who, without even knowing what movie is screening, will stand guard outside the door until it finishes.

The secrecy shows how high the stakes are for Tenet, Nolan's could-hardly-be-more-anticipated follow-up to Interstellar (2014) and Dunkirk (2017). The director of movies that have grossed more than $US4.7 billion, won 10 Oscars and have tossed complex and compelling ideas about time, memory, dreams, politics and paradoxes into the popcorn mix − think Memento (2000), the Dark Knight trilogy (2005-2012) and Inception (2010) − is delivering a Hollywood lifeline for a cinema industry devastated by the COVID-19 crisis.

"Yeah, no pressure, right?" Nolan says brightly on the phone from Los Angeles the next morning. 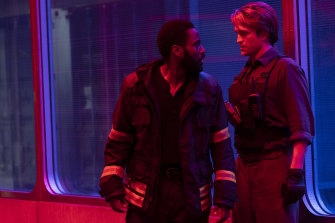 Nolan, who still seems as politely British as he was years ago despite living with his producer wife Emma Thomas and their four children in Los Angeles, freely admits the Bond influence.

"Very much," he says. "The Bond films are great favourites of mine. They are films that, in my life, they've always stood for the best in large-scale escapist entertainment − the potential of cinema to really take you places.

"Tenet is very much my attempt to re-present that type of filmmaking … and reawaken some of the appeal those films had for me when I was a kid, sitting there in a cinema in London, looking at this giant screen and having these crazy narratives unfold and being taken to different places around the world − places you couldn't go to − and unique situations you'd never find yourself in."

Just as he did using the framework of a heist movie for Inception, Nolan wanted to make a spy movie that was both "familiar and unfamiliar at the same time".

While not commenting on the reported budget of $US205 million ($284 million), Thomas says it is the most elaborate and ambitious of their movies but "one of the Batman films" was more expensive.

With 10 movies in 20 years − from breaking through with Memento at the age of 30 to releasing Tenet having just turned 50 − Nolan has become a major force in Hollywood. So far, his movies have all been commercially successful, largely critically praised and, with a precise intelligence, he has put an inventive stamp on such familiar genres as the superhero, thriller, heist, space and war movie.

Inception, for example, had a clever dream-within-a-dream-within-a-dream structure. And Dunkirk immersed viewers in the chaos of World War II with three different time frames − action on land that took place over a week, at sea over a day and in the air over an hour. Without revealing too much, Tenet is also inventive storytelling.

"This film involved a lot of diagrams," Nolan says. "I was drawing diagrams for a lot of years …

People who've seen the rest of my films will recognise a lot of different threads to do with time in particular.

"It's a complicated film but a lot of that complexity that I go through as a writer, a lot of the time it takes, is actually to arrive at something that can be simple and direct and communicative to the audience.

"I want the audience to have an entertaining time, have a real ride and feel that they can understand and go along with what they need to while they are watching the film. And then maybe after they've seen the film, think more about the ideas."

The ideas in Tenet have been brewing for years.

"People who've seen the rest of my films will recognise a lot of different threads to do with time in particular," he says. "There are certain images and certain concepts I've been dealing with or have been ruminating on for a very long time − years and years. Things like the bullet coming back out of the wall − the inversion of time."

Nolan eventually realised the espionage thriller was the right genre for Tenet.

"For me, the use of genre in filmmaking is a lot about seeing how you can use the audience's familiarity with conventions of a genre to sort of give them a leg up on complicated ideas," he says. 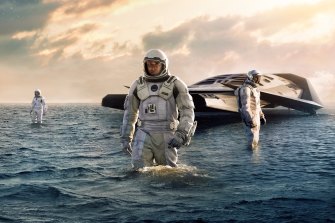 Many of these ideas are rooted in science.

"I think the scientific method is the best tool we have for analysing and understanding the world around us," Nolan says. "I've been very inspired by working with great scientists like Kip Thorne, who I worked with on Interstellar, who also helped me out with some early analysis of the ideas I wanted to explore to do with time and quantum physics on Tenet, although I promised him I wasn't going to bandy his name around as if there was some kind of scientific reality to Tenet. It's a very different kettle of fish to Interstellar."

While Washington is not a major star, Tenet is expected to change that. Nolan was already impressed by his charisma in the TV series Ballers (2015-2019) when Spike Lee invited him to the world premiere of BlacKkKlansman at the Cannes Film Festival two years ago.

"It was an absolutely electric screening and felt very, very significant," Nolan says. "John David's performance and the way he carried that film, the way he centred that film, I was in the middle of writing the script at that point and … it was very difficult for me to get him out of my head after that screening." 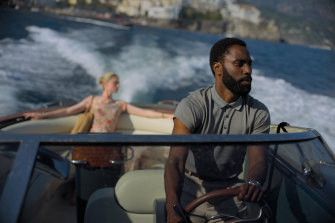 After a series of postponements because of the coronavirus crisis, Warner Bros is rolling out Tenet in 70 territories outside the US next week, then in selected American cities less affected a week later rather than a simultaneous global release.

It's a bold strategy that is in keeping with Nolan's belief − he even wrote an opinion piece about it for The Washington Post in March − that cinemas matter as "the most affordable and democratic of our community-gathering places".

So how much pressure is he feeling?

Nolan takes a long breath. "I think every time a filmmaker releases a film of whatever scale in whatever circumstances, there's huge pressure that each filmmaker puts on themselves internally," he says. "With the world and the exhibition industry in such turmoil, that adds all kinds of other − I suppose you'd call them − pressures."

But one thing is different this time: Warner Bros is expecting the movie to play out over a longer period around the world.

"In some ways that changes the nature of the pressure," Nolan says. "It's not the overwhelming pressure to have a giant weekend." 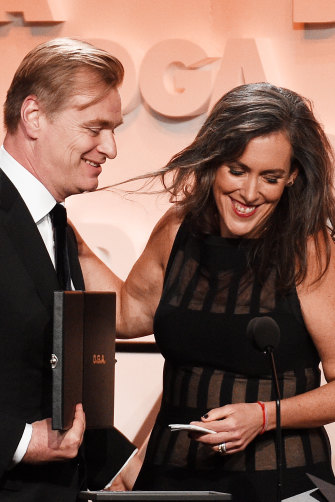 Christopher Nolan and his producer wife Emma Thomas at the Directors Guild of America awards.Credit:Kevork Djansezian/Getty Images for DGA) .

So what was it like turning 50 in the middle of a pandemic with a huge movie about to be released?

Nolan laughs. "Great question," he says. "My daughter is about to go off to college so, yeah, there's lots going on. It's a big number but I felt prepared for it. Like everybody else, there's that strange fascination with time where it feels unfair to be turning 50 but at the same time it's the most fair thing in the world.

"We all age at exactly the same rate chronologically speaking so I can't complain. The truth is, every day I wake up, I feel absolutely blessed and blessed to be able to work doing something that I love."

Thomas, who says her husband is much funnier than the earnestness that people often expect after seeing his movies, describes him as an "incredibly responsible" filmmaker who has managed to bring in all their movies on time and under budget "with the exception of maybe one".

"He tends to take the long-term view," she says. "When we're working on a particular film, that is the most important thing in the world to him, there's no question. But he also knows that he wants to work again. He doesn't want to be known as the director who goes over budget and is a bad partner for the studios that we're working for." 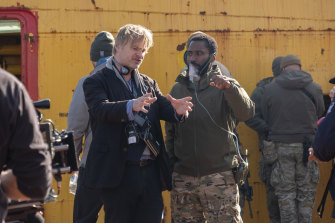 Despite steering hugely complex high-tech blockbusters, Thomas admits that Nolan still does not have a mobile phone or email.

"Can you believe it?" she says. "It's so shocking. Everyone just assumes everybody has a mobile phone or an email so it gets harder and harder for him to continue without them. But, as he always says, he's never more than about five feet from somebody who does have one so he's not hard to get hold of."

Just sign a waiver, slip through a grilled gate and enter an empty cinema first…

After previews this weekend, Tenet opens around the country except for Victoria on Thursday.