The Christchurch shooter was radicalized on YouTube and gave money to white-supremacist groups, report says 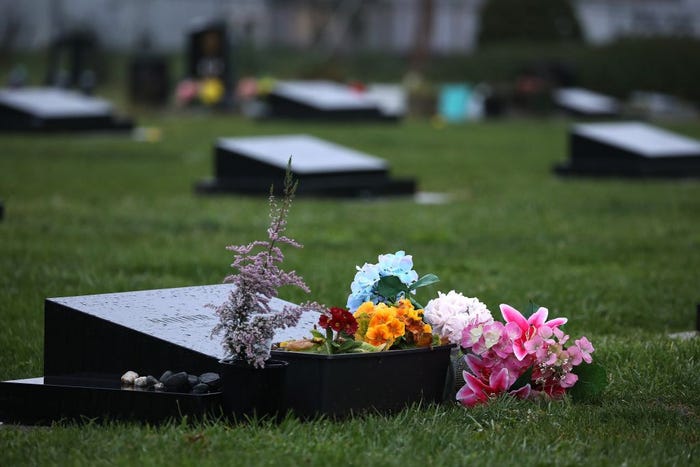 The mass shooter who killed 51 people in Christchurch, New Zealand, in March 2019 was radicalized by watching YouTube videos — and donated money to a YouTuber and a lobbying group who promoted white supremacy, a new report found.

Brenton Tarrant, the 29-year-old gunman, was sentenced to life without parole for the shootings, making him the first person to receive the sentence in New Zealand's history. The shooter live-streamed parts of the attacks on Facebook and published a white-supremacist manifesto on 8chan, the message board that was once a breeding ground for fringe ideologies that's since been taken down and replaced by 8kun.

New Zealand's Royal Commission of Inquiry, which analyzed the circumstances leading up to the gruesome March 15 attack on two mosques, found that there was "no doubt" that the shooter "visited right-wing internet forums, subscribed to right-wing channels on YouTube and read a great deal about immigration, far right political theories and historical struggles between Christianity and Islam."

Authors of the 792-page report, published Tuesday, concluded that fringe content on YouTube, as well as the message boards 8chan and 4chan, which have been widely criticized for their extremist and white-supremacist content, played a role in his decision to gun down two mosques.

"His exposure to such content may have contributed to his actions on 15 March 2019 — indeed, it is plausible to conclude that it did," the report said.

A YouTube spokesperson told CNBC, "YouTube remains committed to removing violent extremism and hate speech from our platform." The spokesperson said that the Google-owned platform, which has also been criticized for struggling to combat election-related misinformation, looked "forward to reviewing the report in detail and continue our work together with the Prime Minister, as well as governments, industry partners, and communities around the world to combat the spread of violent extremism online."

The report also found that the shooter "posted some right-wing and threatening comments" online and participated in far-right Facebook groups.

Beyond his consumption of extremist content, the shooter donated money to far-right figures.

In 2017, the gunman donated roughly $130 each to the far-right podcast and video creator Stefan Molyneux and to the National Policy Institute, a white supremacist lobbying group run by Richard Spencer, who is an alt-right white nationalist, according to the Southern Poverty Law Center. Both Molyneux and Spencer were banned from YouTube this year for violating hate-speech policies.

The report also suggested that New Zealand's intelligence agenices were focusing on Islamist violence rather than the threat of white supremacy and other forms of extremism. Prime Minister Jacinda Ardern said on Tuesday that the inquiry "made no findings that these issues would have stopped the attack. But these were both failings nonetheless, and for that I apologize."

Extremism researchers have warned for years that YouTube's video-recommendation algorithm, which can function as a rabbit hole of extremist content, posed a radicalization threat. A September 2018 report published by Data and Society, an independent research organization, found that YouTube was "the single most important hub by which an extensive network of far-right influencers profit from broadcasting propaganda to young viewers."