LAKE MANTASOA, Madagascar (Reuters) – Jerome Bastide slides an ultrasound wand over the sturgeon’s belly, swiftly extracts a dozen eggs with a thick biopsy needle, and returns the fish to the lake.

“Perfect for caviar,” he says, lining up the tiny gray orbs against a ruler. “Here we have really good eggs, we have great color.”

Floating fish laboratories like this one are common in Russia or Iran, around the Caspian Sea – but this is Lake Mantasoa, a hydropower reservoir in the highlands of Madagascar at an altitude of 1,400 meters (4,600 feet). It is Africa’s first, and so far only, caviar farm.

With the world’s fourth highest rate of chronic malnutrition, Madagascar is an unlikely source for a luxury food that fetches upwards of 700 euros ($775) per kg in plush French restaurants.

But Mantasoa’s cool fresh water and inexpensive labor inspired three French entrepreneurs to set up a company in 2009, and they imported their first batch of fertilized sturgeon eggs from France four years later.

“Friends thought we were crazy,” said Delphyne Dabezies, one of the founders of Acipenser.

“Even our closest friends said: ‘Ridiculous, caviar in Madagascar – what’s next, salmon in the desert?’ Lots of them laughed.”

Now her Parisian friends are eating not only their words, but also the subtle flavors of Madagascar’s newest delicacy: the Rova Caviar brand.

The global caviar market is projected to grow at 7% per year to around $560 million by 2025, according to Adroit Market Research, an Indian-based business analytics and consulting company.

A short drive from the lake lie the hatching ponds and processing factory, a featureless building where employees in head-to-toe sterile white protective clothing work in a chilled, spotless interior. 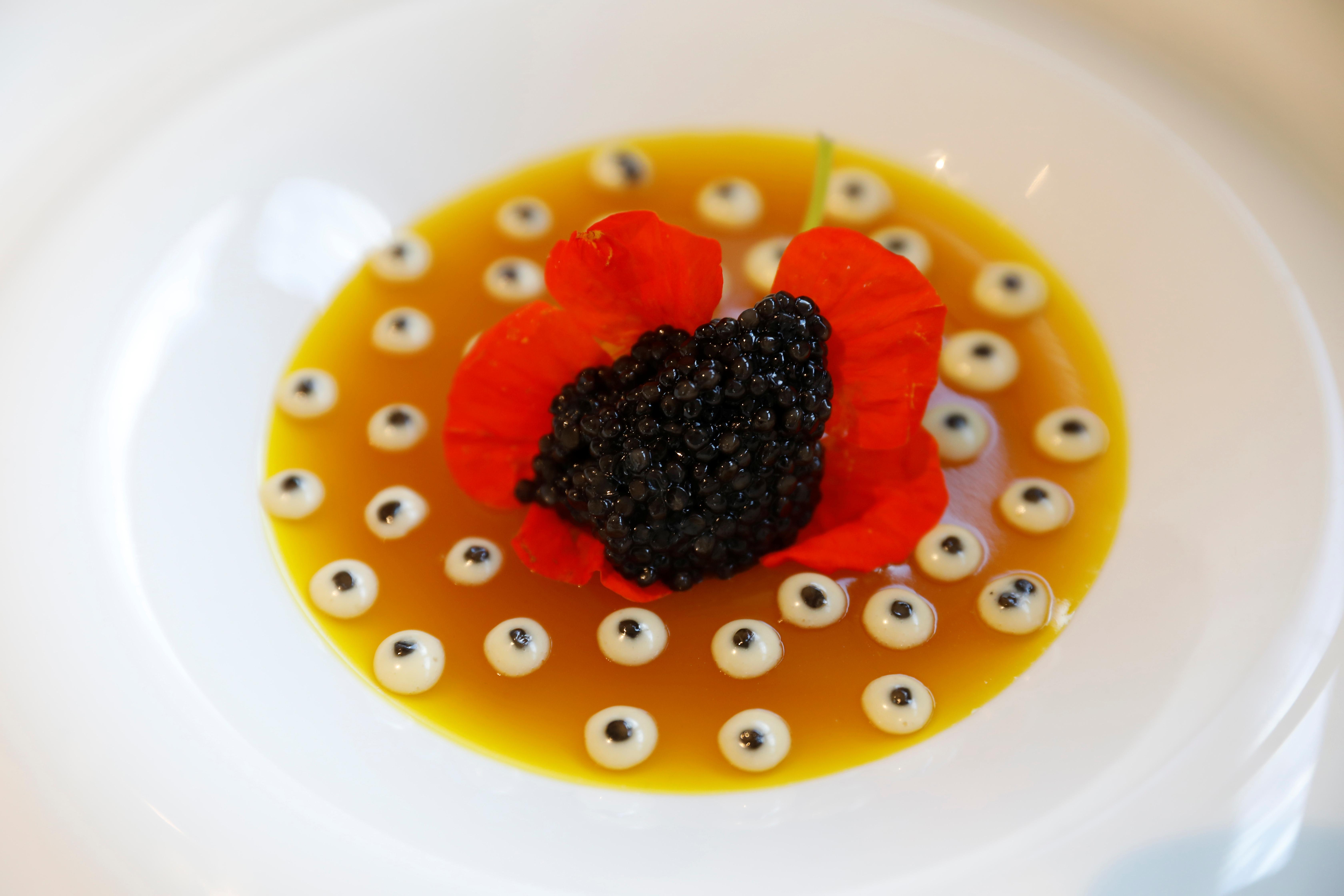 Inside, a four-foot sturgeon is heaved onto a stainless steel gurney. One worker slices it open while another carefully removes caviar for cleaning, sifting and salting. Each fish produces a pile of dark gray, brown or black eggs.

“Before opening the fish we don’t know what color the caviar will be. But whichever caviar, we know it will be excellent,” said Lanja Rajaobelina, deputy manager of the factory.

Discolored eggs are removed with tweezers, a salt mixture produced according to a jealously guarded recipe is added, and the final product is decanted into cans. Around six months later, the precious granules are repackaged for export.

Acipenser employs between 250 and 300 locals, depending on the season. It made its first batch in 2017.

This year the company will produce almost 5,000 kg for export – mostly to France, but also the United States and Reunion island.

Dabezies hopes to double production in the next five years as Acipenser introduces caviar from five other varieties of sturgeon. This month, the company launched an online shop.

Outside the factory, a row of 19 rectangular hatching ponds lie side-by-side like a barcode.

Beneath the gray-green waters in two of the ponds are 1,500 highly-prized beluga sturgeon which, when they start to mature in 2026, will carry a payload each worth $86,600 at current prices.

An even more exclusive fish lurks beneath the surface of another pond: a rare albino sturgeon. Their creamy roe sells for $34,500 per kg. The Guinness Book of Records calls it the world’s most expensive food – but the breeders don’t know yet whether this one is male or female. 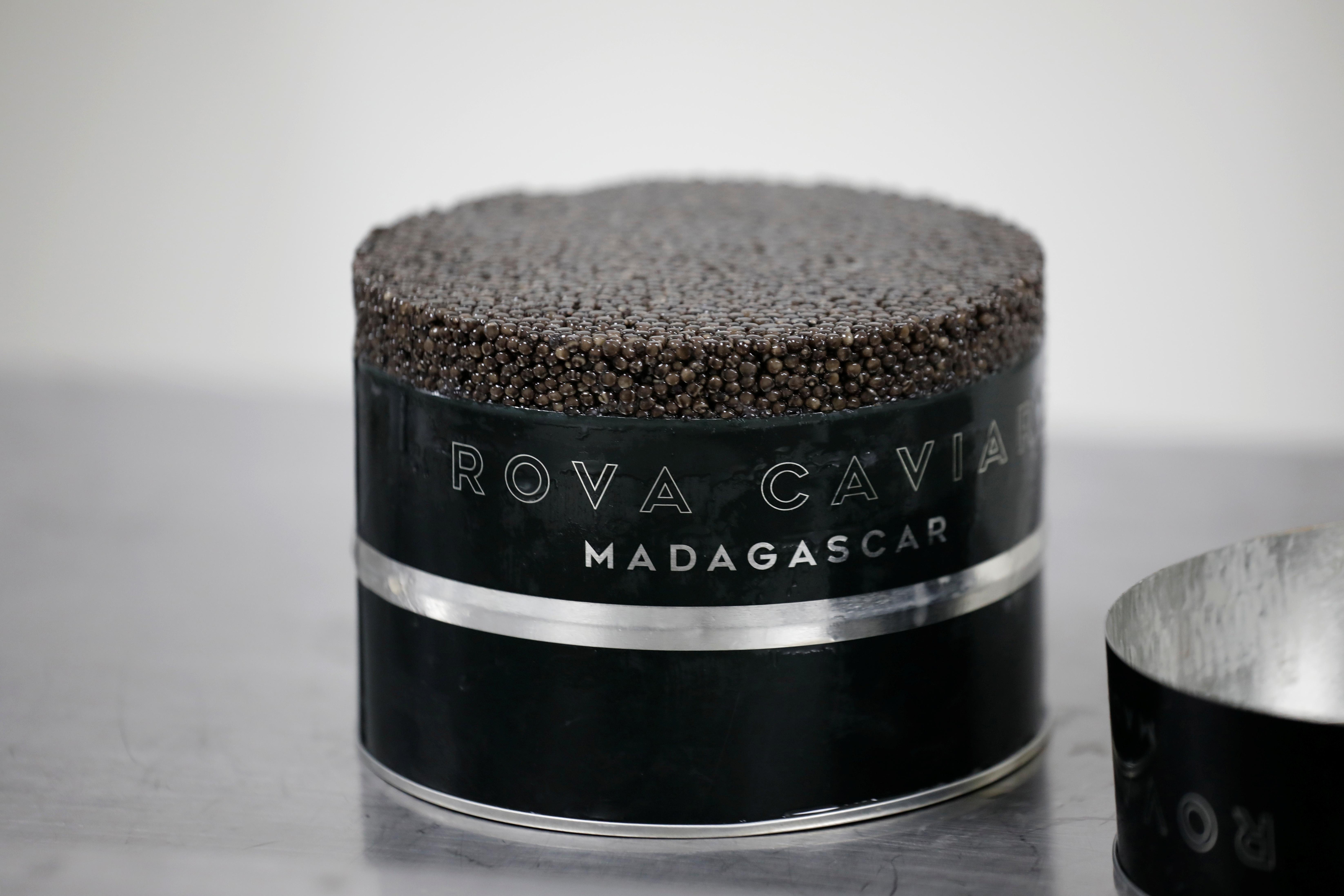 “This caviar – it is very subtle in the mouth, buttery,” he says, plating up six of his own caviar recipes, replete with vodka jelly, maize cream, artistic smears of sauce, fumes of smoked cocoa and edible flowers.

“I started using the caviar a year ago. I’ve already invented 60 recipes and I’m not stopping.”