The couple who garden together, STAY together

The couple who garden together, STAY together: That’s the advice of top novelist Penelope Lively, whose weed wars with her husband blossomed into 41 years of wedded bliss

Novelist Penelope Lively, 85, believes many long marriages are sustained by what she calls ‘marital gardening’.

Even when couples are going through a rough patch, or dealing with tricky children or ageing parents, the world of plants can sustain you.

‘You can always go out to do some gardening to let off steam,’ she laughs. A garden is ‘eternally forward-looking’, Penelope believes.

While houses often stay the same, the garden is in a state of constant change. Whether digging, raking, hoeing or pruning, you’re imposing order on chaos, which is very satisfying.

And gardening is particularly good at breathing new life into the relationships of empty nesters, the Booker prize-winning novelist believes. 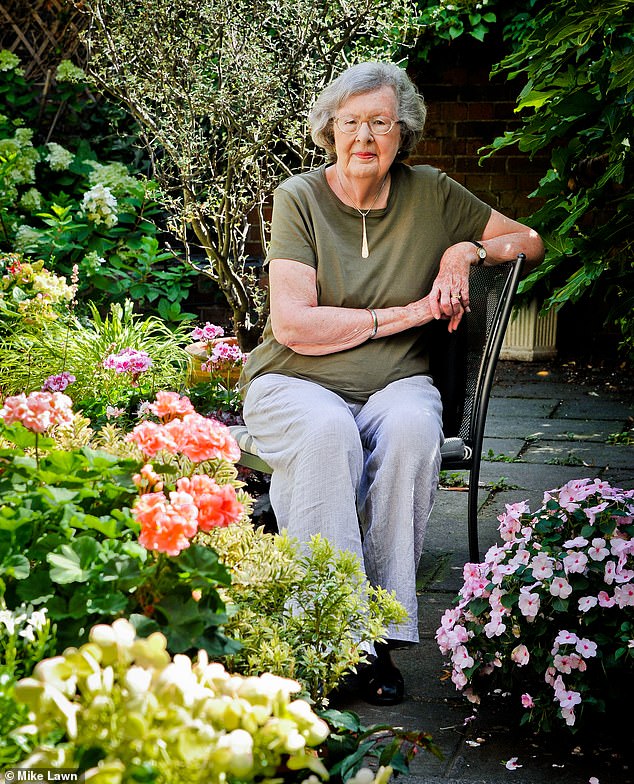 Penelope Lively, 85, (pictured) revealed the importance of gardening together to create a long lasting marriage. She and her late husband Jack Lively were married for 41 years

‘Gardening has this wonderful way of defying time,’ she says. ‘You’re always anticipating, for example, what the seeds you are planting are going to turn into. There’s the shared excitement of something that’s gone well, and you vow not to make the same mistakes again.’

Penelope knows what she’s talking about. For 41 years, she and her late husband, the academic Jack Lively, created a series of wonderful gardens, documented in her latest book, a gardening memoir, Life In The Garden. ‘We married when I was 23 and Jack was 27, and discovered we had a passion for gardening together. It’s very bonding. You get so interested in what you’re doing, you forget about what might be bothering you at the time.’

There are gender differences, she admits. ‘Men tend to do the hard landscaping. And they’re interested in lawn-cutting, and women are not. I actually prefer lawns to be daisy-sprinkled. Jack, like most men, wanted immaculate stripes and spent many happy hours achieving these.’

To her amusement, he had a stable of lawn mowers. ‘There was a Flymo and a fiendish thing called a Bush-Whacker: frankly, you could have cut a virgin forest with it. Jack was an academic, his mind should have been on higher things, not lawn mowers!’ she laughs fondly.

There were occasional stand-offs about weeds (‘I’m rather soft about weeds, I think tufted vetch is so pretty!’) but their tastes were similar.

Each year, they’d open the garden to the public as part of the National Garden Scheme, which raises money for charity. ‘There was always a panic about what the garden looked like. Jack would buy begonias and jab them into an empty space, and I’d say: “But they don’t look right there!” ’

Within a marriage, everyone needs a degree of solitude and privacy, while enjoying what Penelope calls ‘that sustaining confederacy’ of the couple. ‘We didn’t necessarily work side by side. I was probably in the vegetable garden and Jack was in the flower garden. He loved pruning and mowing. He got quite bored by planting out the beans, but I really enjoyed digging a potato trench.’

In Life In The Garden, she celebrates other ‘distinguished marital gardening relationships’, including Virginia and Leonard Woolf, and Vita Sackville-West and Harold Nicolson, pointing out that in a long marriage, sexual passion may not always be the glue, but shared interests and companionship can sustain a couple. 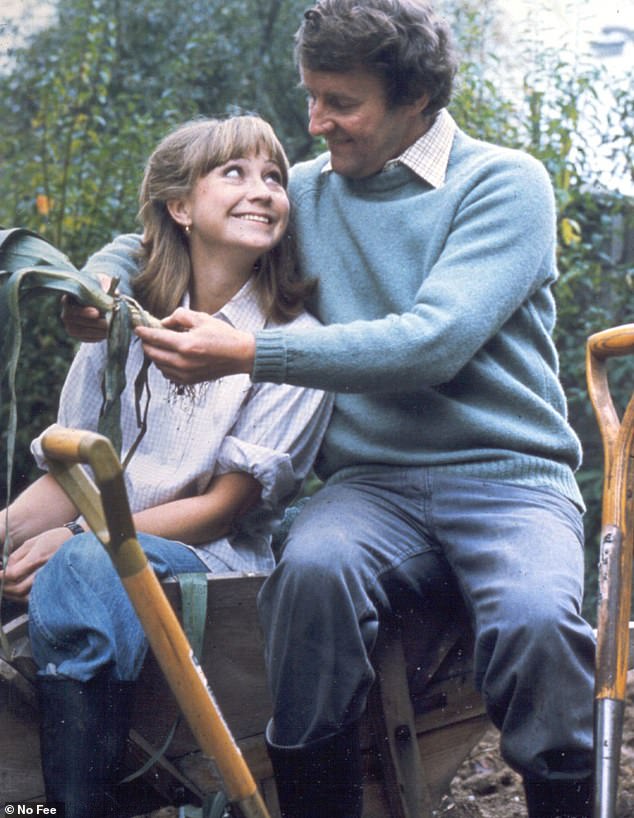 Virginia Woolf may have battled depression throughout her marriage, but she clearly knew her flowers. (Penelope says she can always tell if a writer was a real gardener from the way they write about nature.) And while Vita and Harold took lovers, Penelope believes their time in the garden bonded them.

One of our finest novelists (she’s published more than 50 books), Penelope was made a dame in 2012 and now lives in a townhouse in a leafy square in North London.

Her garden is a small walled affair — tiny in comparison to the huge swathes of land she and Jack tended in the past, but exquisite nonetheless: full of David Austin roses, hydrangeas, fuchsias and a cherished 20-year-old corokia, a New Zealand plant.

She has developed a ‘late-life passion for tulips’. Though she adds wryly that the hydrangea paniculata Limelight she’s planted in her paved garden will outlive her.

She moved to the London house permanently 15 years ago after Jack died and the Oxfordshire garden became too much. ‘After an operation for spinal arthritis, I could no longer bend.’

You sense her sadness that she can’t start digging a potato trench these days. After all, Penelope ‘grew up in a garden’. 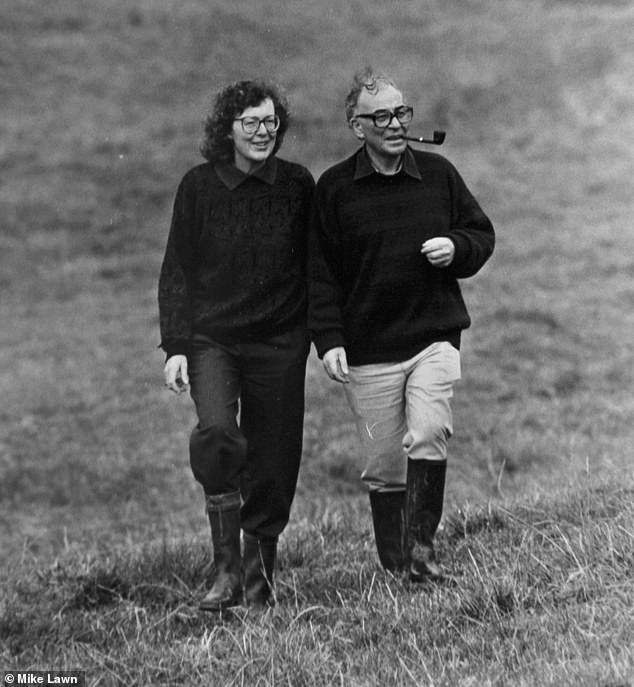 Her parents lived in Egypt and she spent days reading under the oleander and jacaranda trees of their colonial-style house, making up stories.

It was a privileged but lonely, childhood: her parents divorced (her mother had an affair) and she was brought up by a nanny.

In 1945, aged 11, she was sent to an ‘appalling’ sports-oriented English boarding school (where it was a scandal to have divorced parents) and barely met any boys her own age. But when she won a place to study modern history at Oxford, there was one woman to every ten men.

It was during her first job, working as a secretary in Oxford, that Penelope ‘a girl from the southern gentry’ met Jack, a brilliant young academic from a northern working-class family. From very different classes (in a previous era, they would never have met), they shared a love of reading — and gardening.

‘Jack’s father was a keen gardener. He made a garden at the back of his council house in Newcastle. Everything was grown from seed, even the little grass lawn was made from bits of grass taken from the roadside — so I suspect there was a gardening gene there.’ 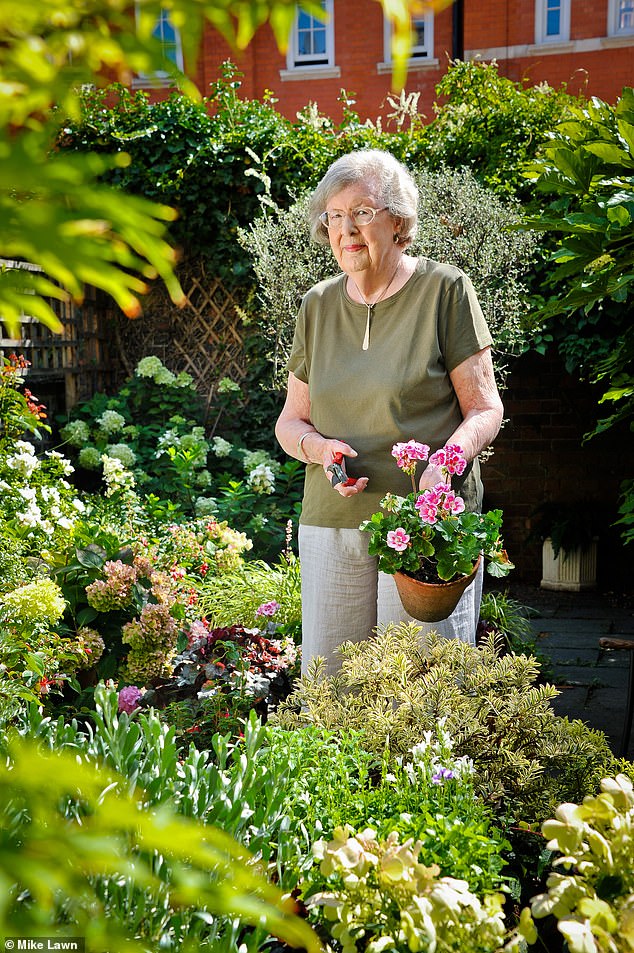 Penelope (pictured today) believes she and Jack’s shared love of gardening got them through different periods in their marriages, at times they experienced sudden treacherous bends

They married within a year — shockingly young, she laughs now. A year later she had her daughter, Josephine (now 60 and a musician), and then her son Adam (57, a novelist).

In many ways it was pure luck the marriage lasted, she admits.

‘You’re just flung into it. I often look back at myself at that age and think: “For heaven’s sake, what did I think I was doing?” Married to someone I’d only known a year, if that, and then suddenly with a baby as well.’

Temperamentally they were poles apart. She was calmer; Jack was cleverer, more combative, though quick to apologise. As she wrote in her earlier memoir, A House Unlocked: ‘Our marriage was like most: it had its calm reaches, its sudden treacherous bends, its episodes of white water to be navigated with caution and a steady nerve.’

But their shared love of gardening got them through. At first it was a little semi-detached back garden in Swansea, where Jack was a lecturer.

‘We knew nothing. We found these bright little green rosettes and thought they were something special. We dug them all up and carefully put them in this bed we’d made. 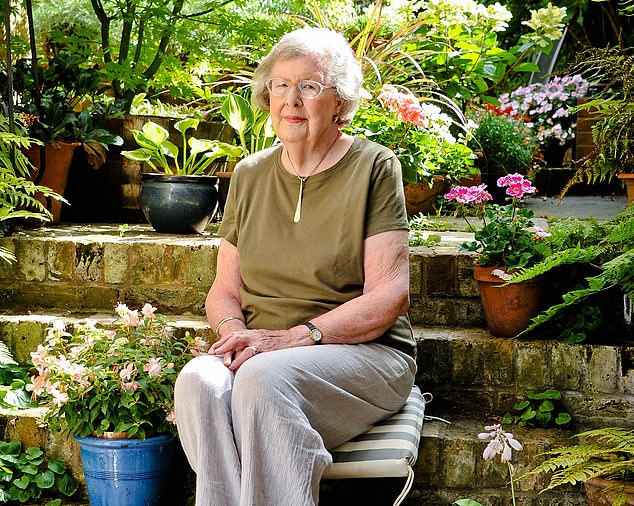 ‘My grandmother came to visit and said: “Why have you planted out all that willow herb, it’s a weed?” We learned on the hoof and graduated to better and better gardens.’

Later they moved to a 17th-century Oxfordshire farmhouse with two streams and an orchard. ‘The vegetable garden had been the farmyard, with 400 years of manure there. We grew vegetables on an industrial scale.’ Penelope wanted to be a stay-at-home mother, but in her late 30s, she began writing children’s books. Six years later, aged 44, she published her first novel.

She was twice nominated for the Booker Prize and finally won it for her 1987 novel Moon Tiger, about a female war correspondent, set against the Egypt of her childhood.

It was a shock win — one critic dismissed Moon Tiger as ‘the housewife’s choice’ — and she only prepared a speech at the last minute, prompted by Jack, ‘just in case you win’.

Suddenly everyone wanted to meet her, and sometimes tactlessly pushed past Jack (who had written books of his own).

So was their life in the garden an escape from all that? ‘I think it probably was. I can remember how we retreated to it after the Booker. It was bedlam. People wanted interviews and I was getting very tired and cross, and I remember Jack saying: “Oh come on, let’s go home and get away from all of this.” 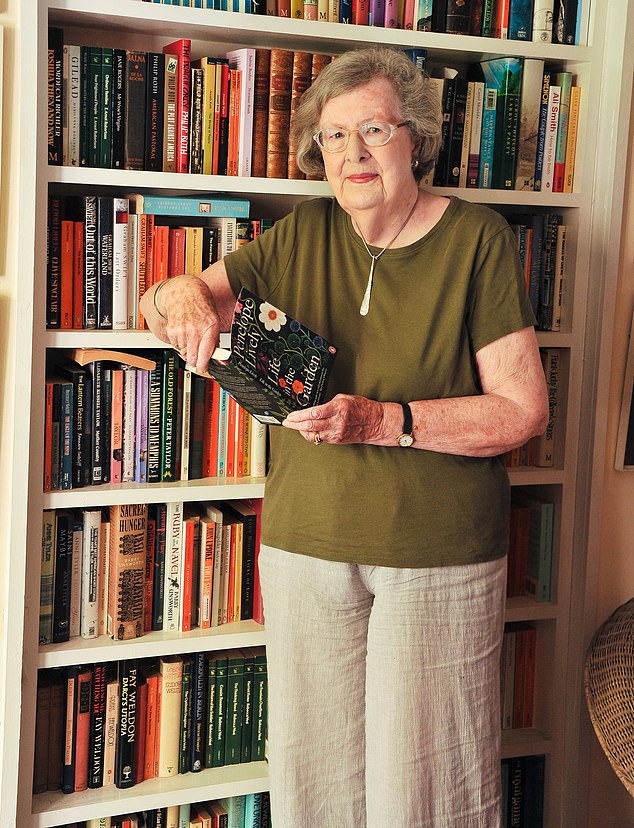 ‘We fled back down to Oxfordshire and promptly got stuck into some gardening.’

The Booker win also meant she earned more than Jack and was often abroad for book-related events. ‘I’d be sitting in some airport thinking: “This time next week, I’ll be back there and, with any luck, the roses will be out.” ’

She’s realistic about the compromises they made. ‘In a long marriage, there’s an extraordinary sense that there are two versions of you. There’s the “you” who is operating separately and outside, doing what you do, and then there’s the “you” that’s part of the couple.

‘In fact you’re only half of yourself, because part of you is subsumed into the larger “we”. You’ve got to look at decisions in terms of: “Is this going to be good for both of us?” ’

When Jack died of oesophageal cancer, it was devastating. She had lost her first reader and her companion in the garden.

‘You miss that other voice, pointing out that it’s too early to plant carrots yet, or wondering if you could site a hydrangea paniculata Limelight just there,’ she says softly.

But she and her close friends (all widows, ‘veterans of long relationships’) have learned to live differently. She reminds me that three in five women in this country live alone. Old age can be tough, she stresses. But while you’re nearing the ‘departure room’ of life, everything feels more vibrant and intense.

She still loves visiting garden centres with her daughter. And, she enthuses, Rachel, her granddaughter, is a highly promising gardener. Though, she adds briskly: ‘She needs to stop saying “I love those pink things” and learn their proper names.’

Life In The Garden by Penelope Lively, Penguin, £9.99.