“You don’t age out of your passion,” Radha Blank shared with Robert Townsend, her filmmaking idol whose Hollywood Shuffle inspired her, during their spotlight discussion for the Urbanworld Film Festival last month. As a first-time feature filmmaker, the playwright/TV writer, with credits ranging from the plays SEED and Casket Sharp to the TV shows Empire and The Get Down, admitted that she’s embarking on the previously unthinkable: “I’m creating a film career in my 40s,” she told Townsend.

Reinvention, pivoting, whatever term one uses, is very real for so many women in their 40s. And that’s precisely what makes The Forty-Year-Old Version (streaming now on Netflix) produced by friend Lena Waithe with Blank serving as writer, director and star, essential viewing. In it, the native New Yorker plays a factional version of herself. Much like the IRL her once was, the film’s Radha is a struggling playwright-turned-arts teacher to pay the bills who gets another shot at possibly making it to Broadway. Swayed by her age, particularly expectations of where she should be at this stage in life, Radha feels compelled to take it, only to find that what may have worked in the early years of her journey may not work for the woman she is now. 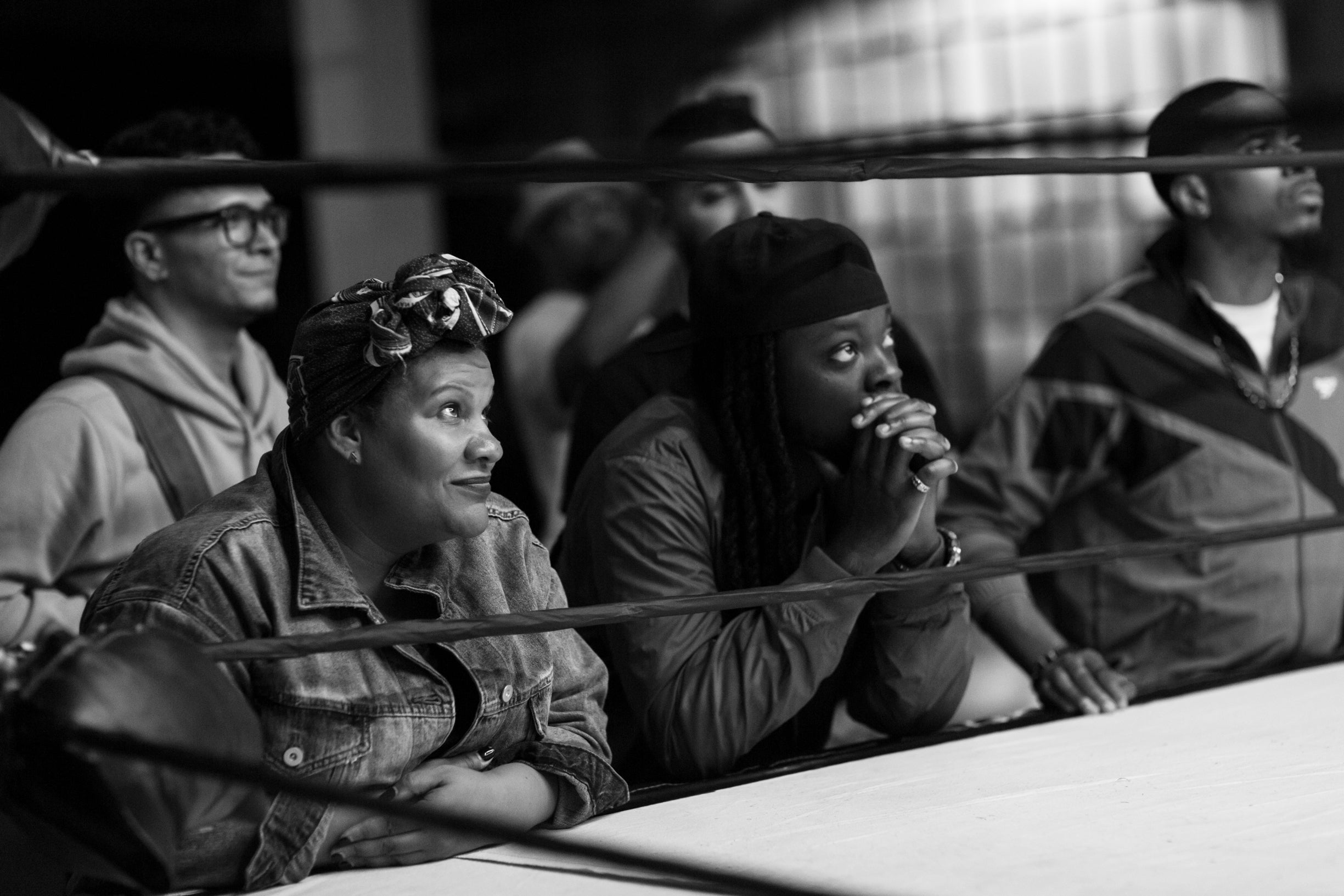 As deep as it is, The Forty-Year-Old Version is surprisingly lol funny. Infusing comedy with her legit rhyme skills through her one-woman shows as RadhaMUS Prime, Blank made more than a little noise in New York. So hip-hop is a definite vibe for the film, with NYC ‘90s rap legends Styles P and Sadat X making cameos, as well as a recreation of Making the Band’s Babs Bunny’s very real female cypher Queen of the Ring showcasing femcees. Rapper Oswin Benjamin even plays a producer/mentor of sorts and a little bit more.

Not so surprising, her New York-centered black and white film about a Black woman artist has drawn comparisons to the Spike Lee classic, She’s Gotta Have It, whose Netflix series reboot she wrote on. “I think if I was a filmmaker of a different race, maybe they wouldn’t say that,” she tells ESSENCE. “I think what She’s Gotta Have It and Forty-Year-Old Version have in common is they’re in black and white and sometimes people talk to camera, and the filmmakers are Black, but that’s where the similarities end. I feel like our film does a deeper exploration of the Black woman who is centered in it. Nothing against Spike, you know, he was a young man [telling a story] from a young man’s point of view.”

Estrogen is so critical to Forty-Year-Old Version. “It’s okay to be flawed and it’s okay to not know exactly who you are, where you’re going,” Blank says is the message she receives watching the film herself as just a viewer, not its creator or star. “We have an entire life to go on that journey of identity and self-discovery and I hope that the film gives people of a certain age permission to dive deeper into who they are and what they could possibly do with their lives. . . This woman travels outside of herself to find what’s going on inside. And I just don’t see people who look like that, or women of that age on that kind of journey.” 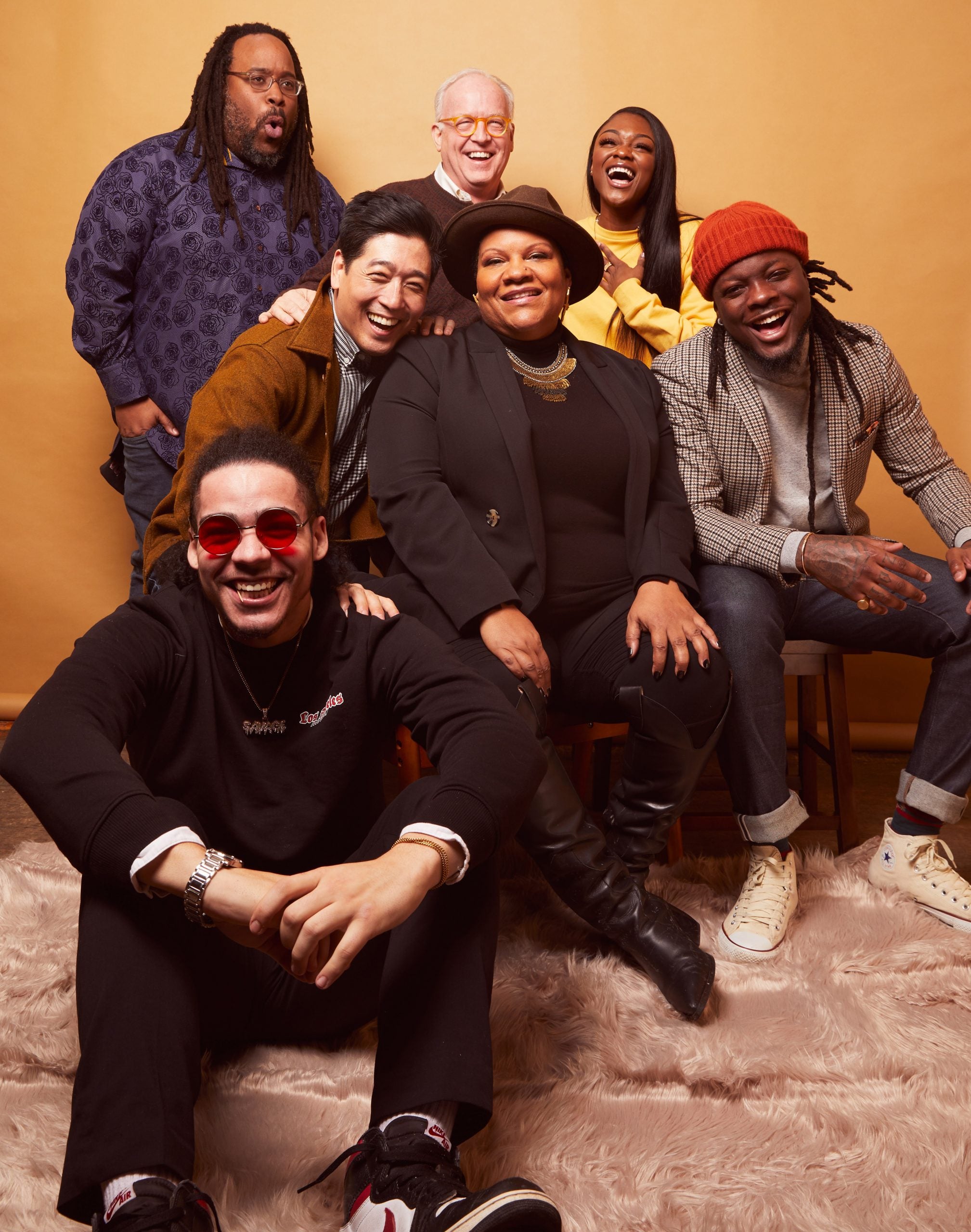 As great as accolades like winning the U.S. directing award at the Sundance Film Festival back in January are, The Forty-Year-Old Version is a bittersweet win for Blank. At the start of this journey, she lost her mother, Carol Blank, who was her confidante, dearest friend and mentor. As a visual artist, performer, teacher, she was just so pivotal to all aspects of Blank’s life, informing her as an artist and as a person. They even share a birthday.

“I can’t lie and act like I don’t get emotional every time I think about her. What I realized is: while I was making the movie, the movie was giving me something to do with my grief,” she breaks down. “At some point, you are kind of alone with your grief. And if I’m being completely honest, I’m in a moment like that now where the film is done. When the smoke clears and the celebration is over, you are still sitting in that reality that there’s nothing you can do to make this person come back.”

Her solace, if any, is the movie itself. In it, she creates space for her mother, as well as her father, jazz drummer Roger Blank, acknowledging their legacy as artists and the impact they continue to have on her. “The film acts as an archive of these Black artists, this family of Black artists that lived, survived, thrived and loved in New York, and so I always have that,” she says. “The blessing is that, through the film, I have this moment and other people get to know who she is.” As well as who Radha Blank is and who they are or can be.