The Internet Is Ranking Snack Pack Chips, and Chris Evans Has Thoughts 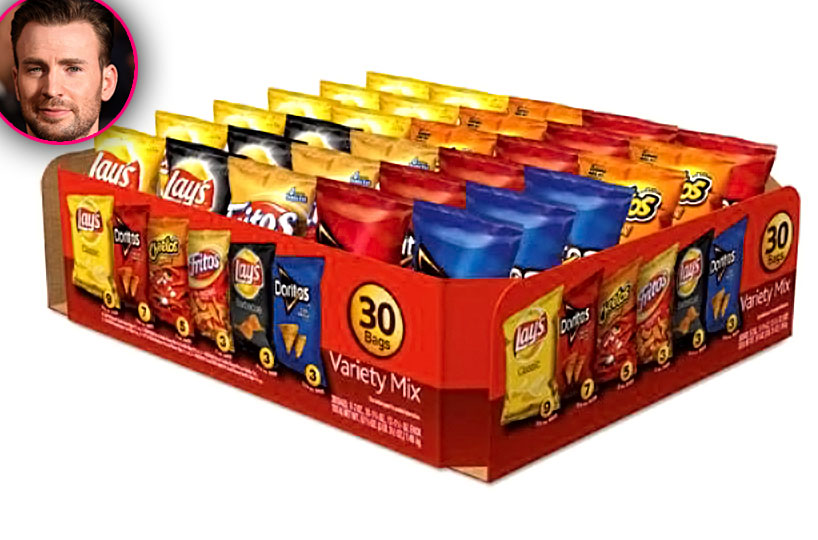 Not all chips are created equal. That was abundantly clear on Monday, March 11, when comedian Kevin Fredericks asked his Twitter followers a seemingly simple question: “How do you rank the chips in a variety snack pack Opens a New Window. ?”

Though Fredericks and his pals were never able to reach a consensus on how to order the popular snack foods, it didn’t take long before social media users began chiming in with their own rankings.

And, as the numbered lists began pouring in, it became clear that certain chip varieties were especially divisive. More specifically, Fritos were a source of plenty of tension. On one hand, the corn-based snacks were ranked at the top for some users who believe they are “underrated.” As one Frito fan put it: “Fritos first all day. Them nasty ass BBQ chips are last. Fritos, cool ranch, Cheetos, potato chips, Doritos, BBQ.”

Another admitted that while Fritos are “just salt,” they are “still not as bad as people think.”

However, others felt very differently. “Fritos are always last in my house. My kids call them struggle snacks,” wrote one Twitter user. “You only eat them if you have to and there are no other snacks.”

Another user refused to rank the controversial chip at all, remarking, “I just move the Fritos so I can throw away the box.”

Though Internet dwellers may never agree on one official ranking, Chris Evans, who chimed in Opens a New Window. on the chip hierarchy, thinks he has it all figured out. “The correct answer is: 1. Cool ranch 2. Cheetos 3. Nacho cheese Doritos 4. Fritos 5. BBQ Lays 6. Original Lays.”

The Captain America: Civil War actor, 37, then added of his list, “I will not be taking questions.” Surprisingly, most people seemed to agree with the Gifted star’s assessment. Comedian Ben Schwartz replied with a Price Is Right clip, explaining, “This is the closest I’ve seen so far without going over.”

Many social media users were quick to point out that it’s no surprise Cool Ranch Doritos took top spot for the movie star, who has been spotted eating the snack on several occasions. Furthermore, Evans’ Captain America character has even appeared on the front of Cool Ranch Doritos bags in the past. “I KNEW u were a Cool Ranch guy,” wrote one user who shared a photo of the branded chip vessel. “I KNEW IT.”