'The Legend of Zelda: Breath of the Wild' Master Sword Was Almost Usable in Corrupted Malice State 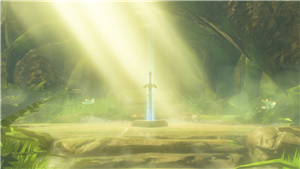 The Master Sword in The Legend of Zelda is almost as iconic as Link himself. It shines as the blade to defeat evil in Hyrule. However, in The Legend of Zelda: Breath of the Wild, the Master Sword looks a bit worse for wear while it waits in the Korok Forest before the Great Deku Tree. Stained by Ganon’s Malice, cracked, and its colors muted, the blade does not look like itself. And Nintendo almost let players use it in this corrupted state. 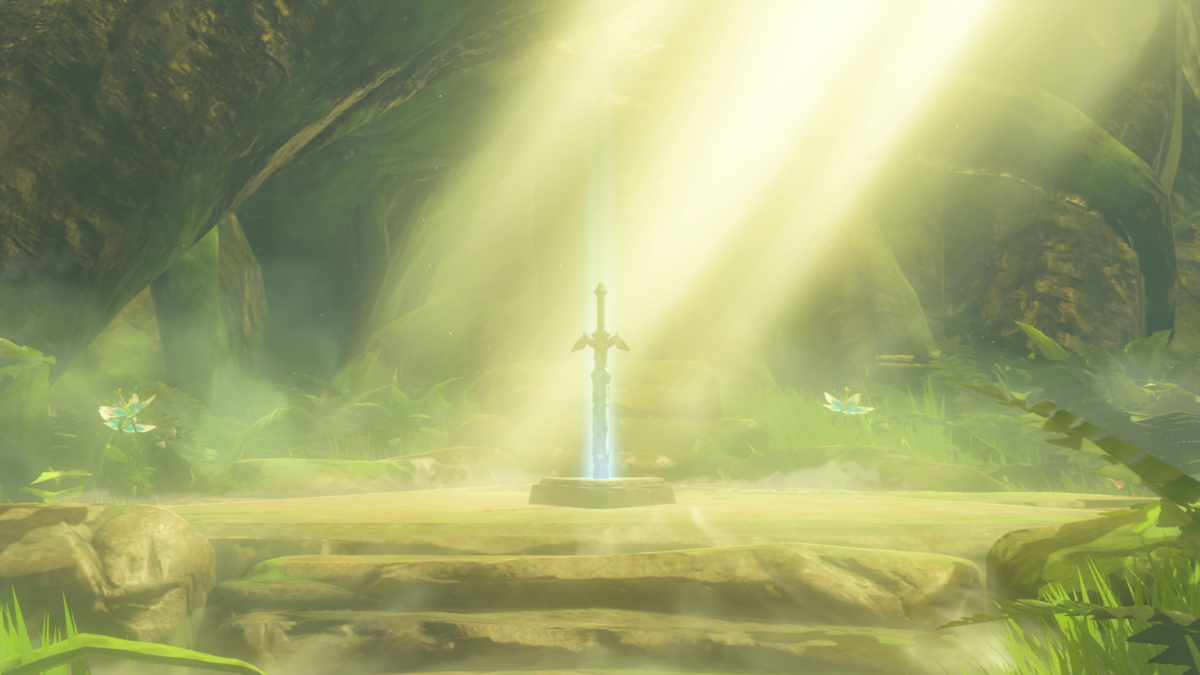 Nintendo’s ‘Creating a Champion’ revealed the ‘BOTW’ Master Sword is covered in Malice, not rust

While many fans saw the darkened parts of the blade and assumed the sword had rust covering it, Nintendo intended otherwise.

On page 167 of the Breath of the Wild book, “Creating a Champion,” Nintendo revealed that the Master Sword was actually “covered in Malice.”

When Link fell 100 years before awakening at the start of Breath of the Wild, he had fiercely battled countless Guardians to protect Princess Zelda at Fort Hateno.

“It was damaged during the Guardians’ assault during the Great Calamity as Link fled with Princess Zelda,” the book reads. “After Link fell in battle, Zelda delivered the sword to its pedestal in the Korok Forest so that it might recover.”

However, Nintendo may have had other plans for Link restoring the Master Sword to its full power. “Creating a Champion” detailed rough concepts of the blade in various states.

The ‘Covered in Malice’ Master Sword exists as a weapon in the game. However, since the official release only intended for the damaged Master Sword to appear in cutscenes, the only way to use it requires BOTW mods.

Since Nintendo cut the damaged weapon so early in development, it lacks a description and only deals one damage.

According to GameSpot, “the sheathing noise is slightly different” from the regular Master Sword. The clip darts around 1:46. 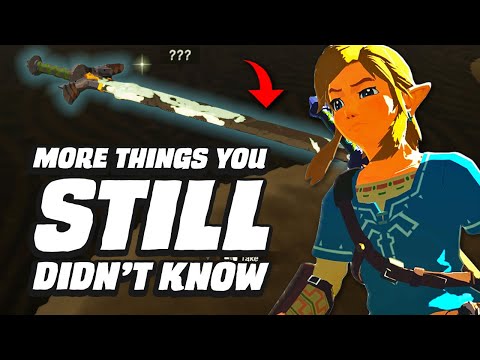 They report that the difference comes from the E3 2016 build of the game. They show the sound effect in action with clips of Link fighting Ice Keese.

Nintendo’s ‘Creating a Champion’ showed the blade at various stages

“Creating a Champion” revealed that Nintendo planned for the Master Sword to stand as a more complex weapon. It shows the blade as ‘Slightly damaged,’ ‘Medium damage,’ and ‘Medium damage + covered in Malice.’

This could hint at an extra story mission in Breath of the Wild. Nintendo may have planned for Link to repair the sword throughout his adventure.

Restoring the ‘blade of evil’s bane’ before fighting Ganondorf has occurred in several games. In The Legend of Zelda: The Wind Waker, Link tries to use the Master Sword against Ganondorf. However, it has no effect until restored.

With the sequel to The Legend of Zelda: Breath of the Wild having a bigger focus on Ganon’s Malice, the damaged Master Sword could always return.