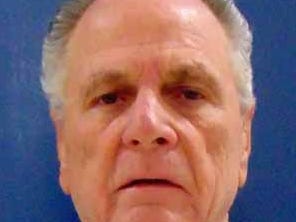 The country's longest-serving prisoner for marijuana offenses is set to be released early after spending almost 32 years behind bars.

Richard DeLisi, 71, will be released from the South Bay Correctional Facility in Florida after being sentenced to 90 years in 1989.

DeLisi was convicted of trafficking in cannabis, conspiracy to traffic in cannabis, and a violation of the Racketeer Influenced Corrupt Organization (RICO) Act, according to The Ledger.

Daly told Insider that this was well beyond what is recommended in judicial guidelines and said it was due to the War on Drugs and judges making an example out of prisoners.

He was sentenced to three consecutive 30-year sentences rather than the recommended 12-13 years, The Ledger also added.

She added: "Starting in the late 1980s, the War on Drugs became the War on Weed. This growth cannot be attributed to an uptick in police activity as overall arrest numbers grew a mere 3% during the same period.

"Nor can it be blamed on expanded drug enforcement. In fact, nearly 80% of the decade's increase in drug arrests (450,000 total) can be attributed to marijuana possession apprehensions alone."

DeLisi's older brother, Ted, was also imprisoned but successfully appealed his conspiracy conviction in 2013 and was released while Richard DeLisi's appeal was rejected, The Ledger added.

While he was in prison, DeLisi's son Stephen, his wife, and both of his parents passed away He also now has five grandchildren who have never met before, Leafly reported.

DeLisi said that he is looking forward to celebrating his release with his remaining family and friends, a statement from the LPP read.

He said: "It feels amazingly wonderful to know that I will be home with my family and loved ones very soon. I am grateful to everyone who has been there and helped me along in these long years.

"I am so excited to hug my children and grandchildren. I have missed so many important moments with them and I can't wait to get out there and create precious memories with everyone.

"I am so thrilled that this dark chapter of my life is finally over."

It will be DeLisi's first Christmas outside since 1988

His daughter, Ashley who hasn't shared a birthday with her dad since she was three-years-old said: "I just want to hug my dad outside of prison" while his son, Rick expressed elation at being able to cook a meal for his dad, the LPP statement added.

Chiara Juster, one of three pro bono attorneys who worked with the LPP on this case said: "It is a sad truth that children of those who are incarcerated are also given a sentence.

"Ashley and her brother Rick's ninety-year-sentence is also ending. They will finally feel free when Ashley's dreams of hugging her dad in the free world come to fruition."

Daly told Insider: "There are over 40,000 cannabis prisoners in the US alone. Despite marijuana law reforms, there are still more arrests for cannabis possession a year than for all violent crimes combined, and marijuana arrests increased again in 2018.

"Over the past decade, American police departments have made over six million arrests and more than 15 million stops or citations for marijuana possession alone. In 2010, Harvard economist Jeffrey Miron estimated that it costs around $14 billion annually."

DeLisi's official release date will be announced by the Florida Department of Corrections on November 16, 2020.

The LPP has also created a donation page to help DeLisi reintegrate into society since he has spent almost 32 years in jail.