'The Marvelous Mrs. Maisel' Is the Big Winner At The 2018 Emmys 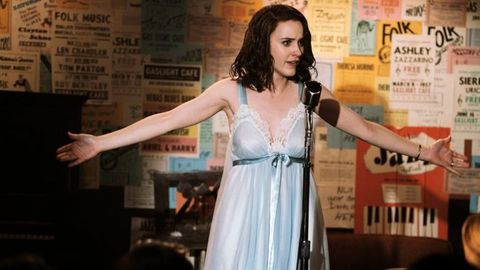 Though we’re less than an hour into the 2018 Emmys, one show has already emerged as one of the night’s major winners. The Marvelous Mrs. Maisel, Amazon’s 1950s-set comedy about an uptown housewife who discovers her true calling as a standup comedian, has won four major awards this evening so far. That’s in addition to the two technical awards it picked up at last weekend’s Creative Arts Emmys.

Rachel Brosnahan won the Outstanding Lead Actress In A Comedy Series award for her effervescent performance as Midge Maisel, and because she is flawless in every respect, she used her speech as an opportunity to remind everyone to vote. “This show is about a woman who’s finding her voice anew, and it’s something that’s happening all over the country right now,” she said. “One of the most important ways we can use our voices is to vote.”

The Marvelous Mrs. Maisel will return for a second season later this year.