By now, you know that Maroon 5 is performing during the Super Bowl Halftime Show this year. The band’s frontman, Adam Levine, has been dreaming of performing during the game for years now, so it’s definitely a big night for him. And that has people wondering whether he’s brought his family along to see him perform. Well, his wife, Behati Prinsloo, is definitely there and she’s pumped! The photos of Behati Prinsloo at the 2019 Super Bowl show just how excited she is to see Maroon 5 perform!

Prinsloo posted to her Instagram Stories from backstage at the Super Bowl, so she’s definitely there supporting her hubby! It’s actually great that she’s there to support the band. In the months leading up to the Super Bowl, Levine has been under a lot of pressure. Not only is the Super Bowl Halftime show a huge deal for any artist, but Levine and the rest of Maroon 5 have experienced a unique kind of backlash for accepting the gig. After it was announced that they would be performing during the Halftime show, fans all over the world called for the band to drop out. The reason? Fans felt it wasn’t a good look for the band to perform for the NFL after Colin Kaepernick had put his career on the line for his #TakeAKnee movement. But Levine was adamant about performing and recently announced that the band would be making a $500,000 donation to a charity organization prior to their performance.

“Playing the Super Bowl has been a dream of our band for a long time,” Levine told People in a statement. “We thank the NFL for the opportunity and also to them, along with Interscope Records, for making this donation to Big Brothers Big Sisters, which will have a major impact for children across the country.”

Here’s what Prinsloo posted on Instagram just before the game: 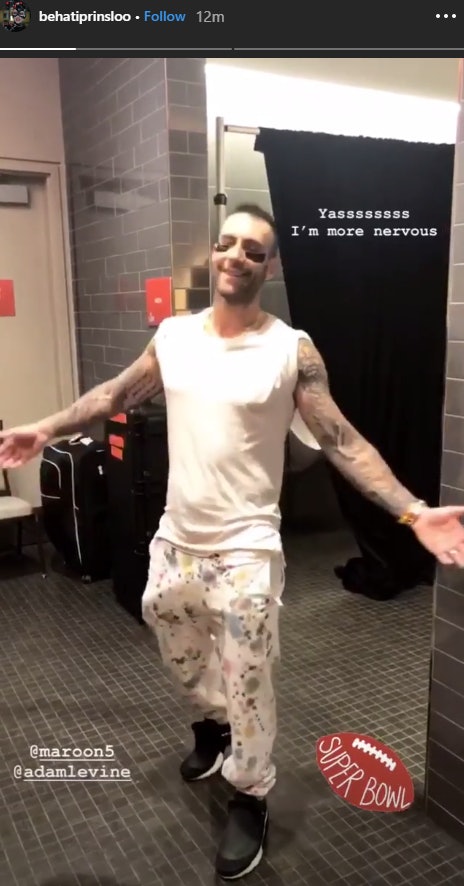 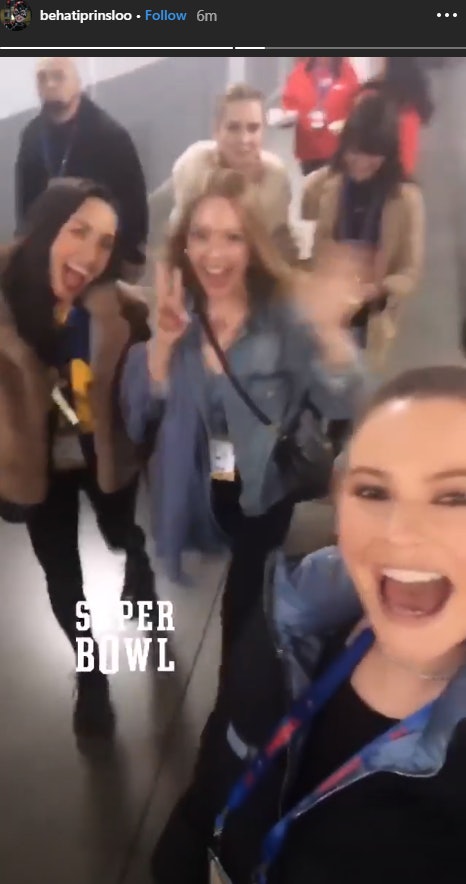 Prinsloo also posted a photo from inside the stadium just 24 hours before the big game. She shared in the caption of the post that she was very proud of her husband and his bandmates.

"Once in a life time….so proud of these boys @maroon5#superbowl53 ?" she wrote in the caption of the post.

You can check out the photo she shared down below:

Once in a life time….so proud of these boys @maroon5 #superbowl53 ?

All in all, there’s been a lot going on for Levine as far as the Super Bowl is concerned. There’s no doubt, though, that Prinsloo and the rest of Levine’s family have been by his side through it all! Prinsloo opened up to Porter Edit recently about what a supportive family situation she and Levine have, especially now that they have two kids together:

It sounds like the whole family comes together when they really have to! So, hopefully the situation at home wasn’t terribly stressful even with Levine preparing to perform for the big game as well as dealing with the stress of fan backlash.