The secret to cooking the perfect sausage every time

Leave them to rest for 30 minutes and NEVER prick the skin: The secret to cooking the perfect sausage every time

The humble sausage could well be regarded as the modern national dish of Australia.

Since Sydney butchers started whipping up snags laced with Vegemite, cheese, crocodile, kangaroo and Victoria Bitter, there is truly a sausage for every taste and diet type.

MasterChef judge and culinary supremo Matt Preston is known for his appreciation of the Aussie staple, previously declaring it to boast ‘a nobility that steak could never have’.

He shared his expert advice on four very different methods of cooking the perfect sizzling snag with Taste Australia. 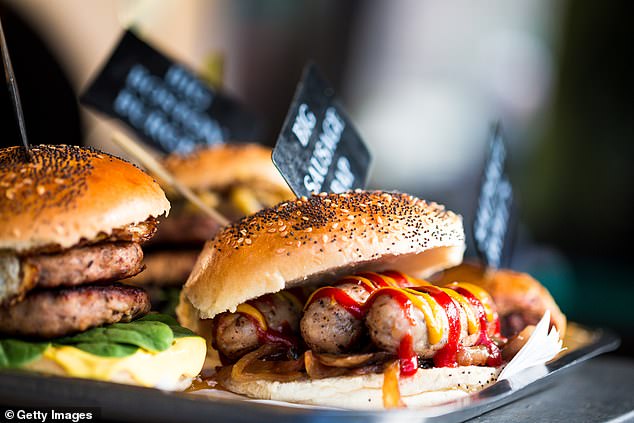 The humble sausage could well be regarded as the modern national dish of Australia, and can be cooked in a variety of versatile fashions (stock image)

According to Matt, poaching sausages is a more widely used technique than you may have believed.

For barbecue lovers, poaching is a clever way of tenderising meat in advance.

Simply cook the sausages through in about half a centimetre of boiling water before browning them on the barbie for the perfect chargrill finish.

An alternative method of poaching is to submerge sausages in a bath of cold water over a medium heat, testing repeatedly until the internal temperature of the meal is exactly 65.6C.

Sear the cylindrical flesh in a piping hot frying pan to crisp the outside. 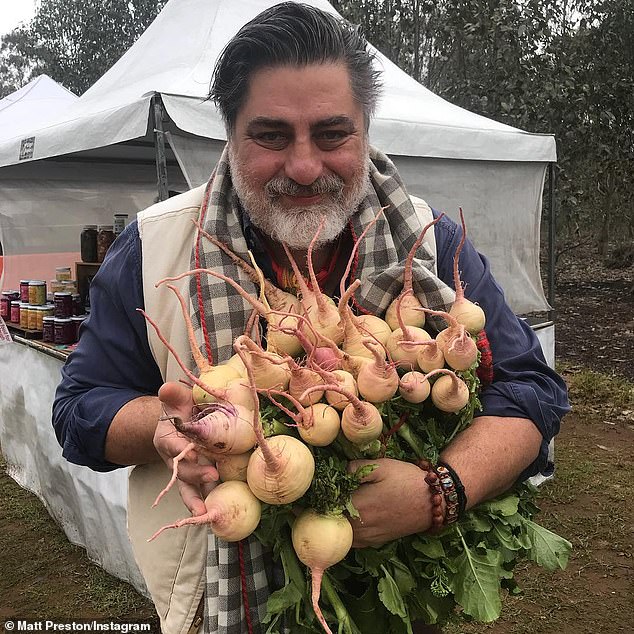 Baking a tray of sausages is the most energy-efficient method of cooking, and also one of the healthiest options.

But Matt cautioned aspiring gourmets about the danger of drying out snags with baking.

The TV personality recommended placing chopped vegetables and tinned tomatoes in the baking dish alongside your meat for a one-pot solution that is sure to be more succulent than stiff.

Richard Gunner from Feast! Fine Foods told Adelaide Now the trick to a juicy snag is to never prick the skin as this releases the delicious flavour.

Historically, an Australian sausage was made up of as little as 50 per cent meat.

Packed full of water, binding agents and emulsifiers, many snags fell afoul of dreaded split skins which caused the meat to explode during cooking.

For the past decade, butchers in Oceania have been forced to abide by a new industry rule calling for a minimum of 75 per cent meat content in every sausage.

Trevor Hill, butcher and chairman of the Australian Meat Industry Council, said you should ‘cook a 95 per cent steak sausage as you would a fillet steak’.

Richard Gunner of Feast! Fine Foods believes so many Australian households love sausages because they are ‘a budget meal [offering] something different to suit each family member’s taste’.

The quickest way to ruin a batch of sausages is by throwing them into an overly hot frying pan.

This leads to a burnt outside with a raw centre.

Matt’s secret to the perfect fry is to gently cook the sausages over a low to medium, until cooked through.

A thick snag could take up to 45 minutes to reach optimum browning, so patience is key. 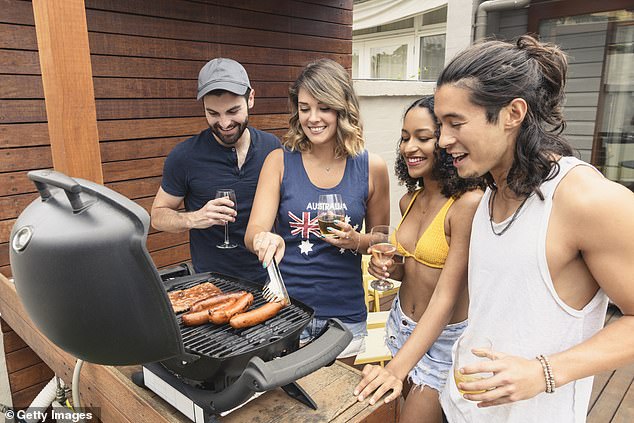 Like all good Australians, Matt’s favourite technique of sausage roasting is via the classic barbecue.

BBQ’s also eliminate the excess fat associated with more-ish snags, by dripping through the grating instead of down to your waistline.

Matt revealed the trick to perfectly barbecued sausages is to take the meat out of the fridge and leave to rest for approximately 30 minutes before cooking.

This allows the internal temperature to rise and makes for a more evenly cooked piece.

Sausages should be placed over the hottest burner first to seal and left until they develop a welcoming medium brown hue.

Thicker snags should then be transferred to the low, weaker burner so they can continue to grill away without burning or drying out.