This Is Us Season 3 started the season with a flash-forward, revealing the scenes with adult Tess and Old Randall were all about an upcoming trip to see "her." It’s been a long 18 episodes since then, but the show is finally coming back around to this era, and all the moments that tipped the scales towards the world of that future. The penultimate episode saw Randall Pearson maybe slam the door on his marriage. Now the This Is Us Season 3 finale promo promises things aren’t going to get less messy for anyone.

The new promo does not give much in the way of future scenes. However, the show indicates the episode is heading this direction with the finale title, which is "Her."

The synopsis gives little away, focusing on the present day storylines only.

It sounds like it could just be any regular episode of This is Us, right? The trailer, on the other hand, suggests the scales are about to tip in directions characters won’t be able to come back from easily.

Please make sure to pause at the 17-second mark on the trailer. This is the one image the promo gives from the coming flash-forward. Note, like all the flash-forwards so far, this image doesn’t give any indication of older Kevin or Kate, just the greyer version of Randall, opening the door for Toby, whose beard has gone fuller and grayer.

The trailer also closes on a surprising scene, a shot of Rebecca getting in a car accident. Fans have suspected Rebecca’s fear of driving over bridges came from an incident of this nature, and it looks like the finale will finally explore that moment to play off of whatever is happening in the future that caused her hospitalization.

But of course, the real question is how the present moment plays out for all three Pearson triplets and the families they’ve been building. Randall and Beth have been going for decades, but it looks like now the wheels have finally started to come off that bus. Randall going to sleep in his office was a bad sign, and everything in the flash-forwards suggest their relationship if it’s still on, will be fundamentally altered going forward. 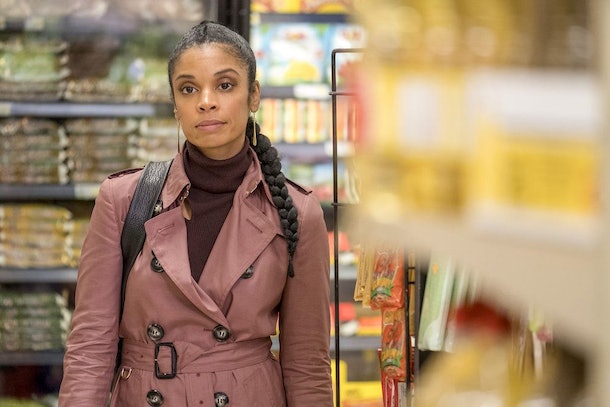 As for the terrifying clip of machines beeping madly in the neonatal intensive care, Kate and Toby already lived through miscarrying a child, which took its toll on their relationship. Losing baby Jack would almost certainly be an iceberg they won’t be able to go around. It would also explain why there no Kate or Jack in any of the flash-forwards so far.

As for Zoe and Kevin, I’ve personally been waiting for that to blow up in their faces since the beginning of the season, so it won’t surprise me in the slightest if Kevin breaks up with her in the finale.