The treasurer v the doctor: Debate crystallises the Kooyong conundrum

Had a stranger to Kooyong wandered into the Hawthorn Town Hall on Thursday and copped an earful of the debate between Treasurer Josh Frydenberg and independent rival Monique Ryan, they might not have realised that one of them is an experienced politician and the other an amateur aspirant.

Such is the confidence with which Ryan is laying siege to what was, not that long ago, considered a forever Liberal seat, she was prepared to swap policy barbs with the treasurer about Australia’s economy, relations with China and even tax reform. 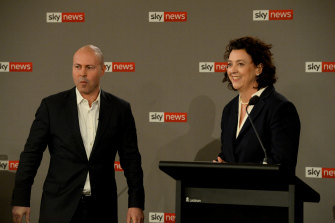 Yet, as much as the former Royal Children’s Hospital neurology director made a good fist of things throughout the hour-long televised debate, it was a woman in the audience who cut to the heart of this increasingly rancorous campaign with surgical precision.

“Isn’t the country and community better served if you both keep your current jobs?”

Frydenberg laughed that he would vote for that. Ryan’s answer revealed that, although she has a view on many political issues, she is driven by one.

“I had a job that I loved and that I was very, very good at, and I was very sad to leave it,” she said. “The reason why I left it is because I am a scientist and I looked at the IPCC, which tells us that this planet is heading towards unprecedented stresses. We are heading towards a 1.5 degrees celsius increase in global temperatures and beyond. That is the existential threat for us right now.

“That is why you have got people like me, who are stepping away from important jobs, where we have had a valuable contribution, and feel that we have to put up our hand and do this [politics].”

When independents win seats in the federal parliament, it is usually against MPs whose images have curdled. Think Sophie Mirabella in Indi and Tony Abbott in Warringah.

Throughout the debate, Ryan showed enough to suggest she would make a good member of parliament. But is Kooyong willing to make room for her by turfing out a local boy who could one day become PM? 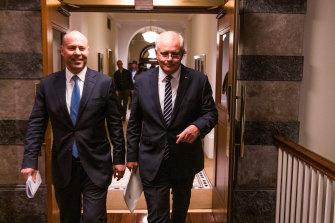 This is why, with pre-poll voting at the start of next week, both the Ryan and Frydenberg campaigns have become sharply personal.

Frydenberg said that despite running on a platform of integrity, Ryan had concealed her past membership of the ALP.

Ryan implied that the federal government’s signature JobKeeper policy was corrupt and described Frydenberg as a hostage to his own political ambitions and to Coalition hardliners such as Barnaby Joyce.

She challenged his economic management and questioned his support for Victoria during the pandemic. “Mr Frydenberg, you’re the treasurer for NSW, you weren’t here.”

Within the opulent surrounds of the hall’s chandelier room, you could feel the temperature drop. The treasurer’s wife, Amie, listening a few seats away, let out a barely audible gasp.

Turning to the debate compère, Sky News host Kieran Gilbert, Frydenberg made his indignation clear. “Kieran, I am not going to be insulted like that. I am the member for Kooyong, I am the treasurer of Australia, and I have delivered economic support for Victoria which is greater than any other state on a per capita basis.

“There was no rule book for COVID but if you look at vaccination rates, mortality rates and unemployment rates we have done pretty well.”

There were moments when the gulf in political experience between the two candidates showed. When asked about Australia’s deteriorating relationship with China, Ryan naively suggested Australia was at fault for not treating our largest trading partner with greater respect and sensitivity.

In response, Frydenberg pointed to China’s human rights abuses, punitive trade polices, suppression of democracy in Hong Kong and aggressive expansion within the region. “We have serious issues, and we can’t put our heads in the sand,” he said.

Ryan decried the absence of tax reform under the Morrison government but conceded she didn’t have a tax policy of her own. “It is not my job as an independent to come up with a fully fledged idea for tax reform for this country.”

Ryan has avoided revealing which major party she would support if elected to a hung parliament. She reiterated that her decision would be guided by her two headline policy concerns, climate action and the establishment of a federal anti-corruption body.

When the time came for both candidates to sum up, Ryan left no one in doubt about where she is leaning.

“The legacy of Mr Frydenberg’s government is going to be a toxic miasma of division, disappointment and debt,” she said. “We need to do better. This government has done nothing good for us in the last nine years.”

This promoted another gasp from Amie Frydenberg, but up on stage, the treasurer allowed himself a little smile. If they didn’t before, the voters of Kooyong now know where things stand.