There's a 20 year age gap between me and my brothers

My relationship with my two brothers always raises eyebrows and results in shocked faces when I tell people they are old enough to be my parents.

While I’m about to turn 30, my brothers are both in their 50s and have their own families, but when I was a little I never thought anything of our 20+ year age gap.

It was only when I was a teenager and a bit older that I realised I didn’t have the same sibling relationship as many of my other friends.

We didn’t share a room, have secret codes and languages or fight over someone borrowing something without asking (actually, there’s only one year between them and I’m sure they fought over stolen Lego).

In fact, we’ve never lived together or been on a family holiday with all of us. This might suggest that we’re quite distant, but actually we have one of the closest relationships of any siblings I know.

Since I was little, my brothers and I would have weekly calls as they were already away at university when I was born.

I get the feeling that my parents were worried my brothers and I wouldn’t bond due to the big age difference, as my mum always used to drill it into us that it was important to stay in touch and look out for one another.

But she had nothing to worry about. And my dad certainly seems to enjoy having kids at very different stages of life. He is a doting grandad to my brother’s children and is happy and relieved to see them settled in life. 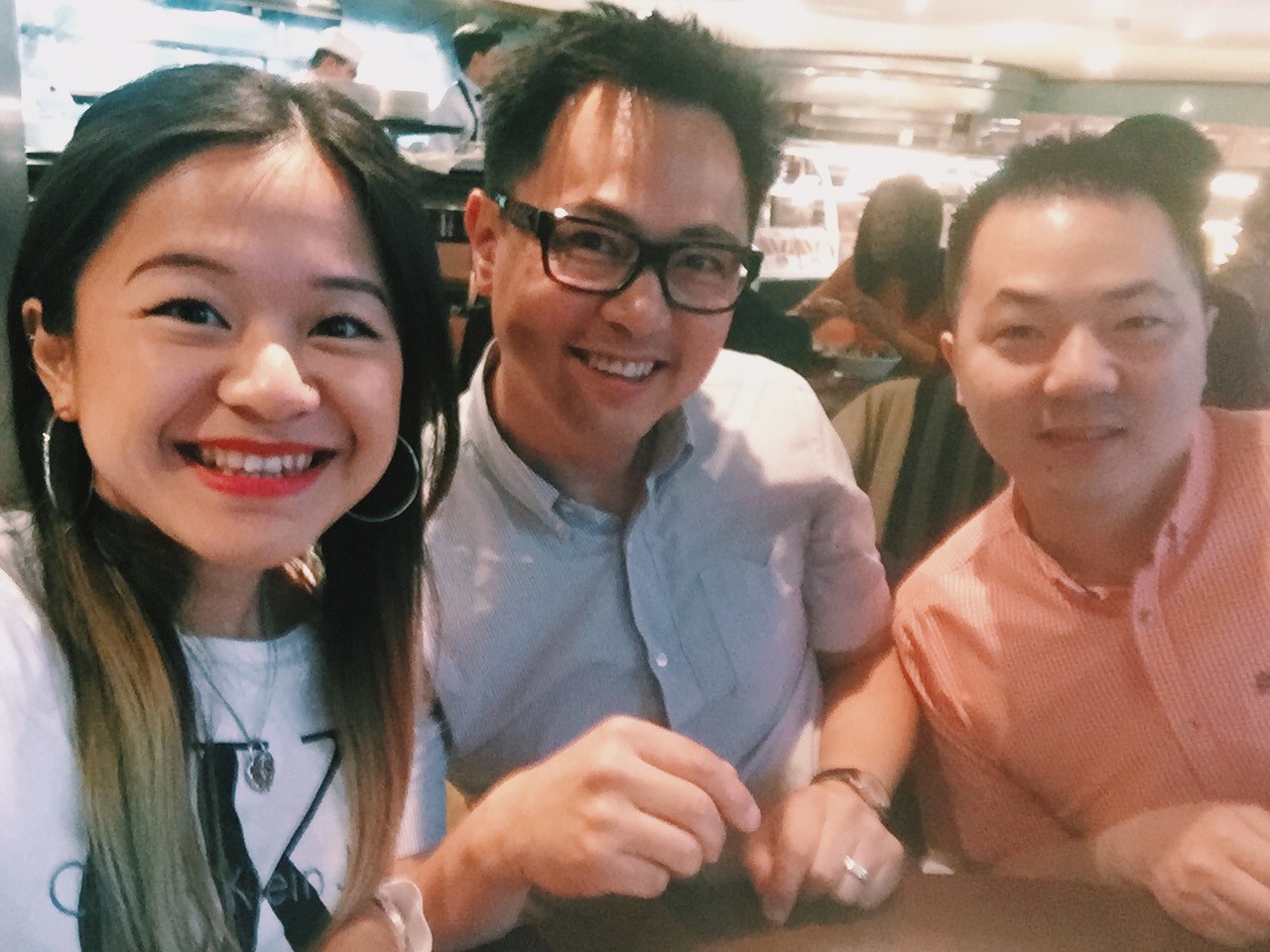 But when I visit home, he’s always got a bottle of wine ready for us to share and chat the night away.

While other siblings close in age might have had one another to navigate adolescence with, my brothers were old enough to give me their advice from their experiences.

They’ve always been the first people I call if I’m in a crisis or need help, whether that’s about money, jobs or when I’ve been broken-hearted from love.

The younger of the two brothers, Witchill, reminded me of one of the first times I got drunk when I was a teenager. I had got home and locked myself in the bathroom because I didn’t feel well and didn’t want to wake my parents up, so I rang him up to ask what I should do.

He laughed and said, ‘Drink lots of water and go to bed,’ which is sound advice if I ever heard it.

Both of them are still very young at heart, which I think has given me a distorted view on age – in the most positive way.

If they still sometimes don’t know what they’re doing with their lives at their age, then why on earth would I have any clue?

And they remain as silly as ever.

My oldest brother, Cherky, took me to my first ever concert to see Steps – which was completely his idea FYI. He introduced me to the pop band, and the noughties classic film that is Bring It On and that is a 10/10 upbringing.

As my siblings have got older, they’ve started their own families.

The love I have for my nephews and niece is indescribable and more than anything I could ever imagine.

The closeness my brothers and I share certainly played a part in how close I am as an aunty to their kids. The age difference between me and them is not too dissimilar to the gap with my brothers – I was 15 when my oldest nephew was born.

I always enjoy spending time with them and my brothers, and I feel a certain warmth and almost nostalgia from being an older guardian figure to them, that isn’t their parents, just like my brothers were for me.

But I’d be lying if I said I didn’t miss the time we used to spend together one-on-one. I miss the relationship we had pre-kids, partners and families.

We used to stay up until the early hours of the morning chatting or playing video games, and when I was younger they’d come back from uni to take me on days out to the cinema, or be the responsible adult at birthday parties I had.

While we still speak on the phone regularly, I’ve been making a more conscious effort to make plans for us just as siblings.

There’s been research to show that sibling relationships are crucial to your emotional well-being. A Harvard Study of Adult Development showed that a close relationship with a sibling during university years is the most reliable indicator of emotional health by the time you’re 65.

More influential than childhood closeness to parents, marriages, or career. Not only that but there’s evidence to show that healthy sibling relationships can promote empathy, prosocial behaviour and academic achievements.

That’s why this National Sibling Day, I’m encouraging you to leave your kids and partners at home, and plan a day out with your sisters and brothers.

In recent years I’ve booked us tickets or organised plans for us to do together as presents, rather than buying them more things that they don’t need.

Most recently, I got my oldest brother tickets to an exhibition at the V&A for his birthday, which he came down to London for.

It was the first time I’ve had one of my siblings stay with me now that I have the space, and it was the nicest feeling to be able to host him and take him out for dinner after having me over at weekends and treating me to meals my whole life.

While I may not have extra years of life experience to give them sage advice, as I’ve got older I like to think I’m now someone they can come to, to lend an ear as they find their way through parenthood and life.

And if nothing else, there’s always Mario Kart.