Summer is almost here, and Stranger Things is already getting in the mood with an explosive set of new character posters for its upcoming third season. Although the bulk of Season 3 is being kept under wraps, these new posters give fans a first look at the characters in their summer outfits, and they actually do offer some new insight into the new season. Check out these colorful new Stranger Things Season 3 character posters for a breakdown of how the group of main characters will be split up in the new run of episodes.

Fans have already known for a while now that Stranger Things Season 3 will be set in the summer of 1985, and the summer season will play a large role in the tone of the new episodes. In particular, the Fourth of July will be a major, as teased in the season’s trailer and in the fact that the new season will begin streaming on Netflix on July 4. The newly released character posters lean into the Independence Day theme even more, as each character poses worriedly in front of fireworks and a carnival.

But more importantly than just how cool these posters look is how the official Stranger Things Instagram and Twitter accounts released the posters. The show’s social media accounts posted the posters in specific chunks, captioning the posts with the implication that these pairings were very deliberate. This seems to be confirming which characters will be mostly interacting with one another in the various plotlines of Season 3.

First up is Eleven and Max, which may strike fans as an unlikely pairing since Eleven spent most of Season 2 hating Mike’s newfound friend. But the trailer shows the two girls getting very close, and it looks like their friendship will be a major part of the new season. 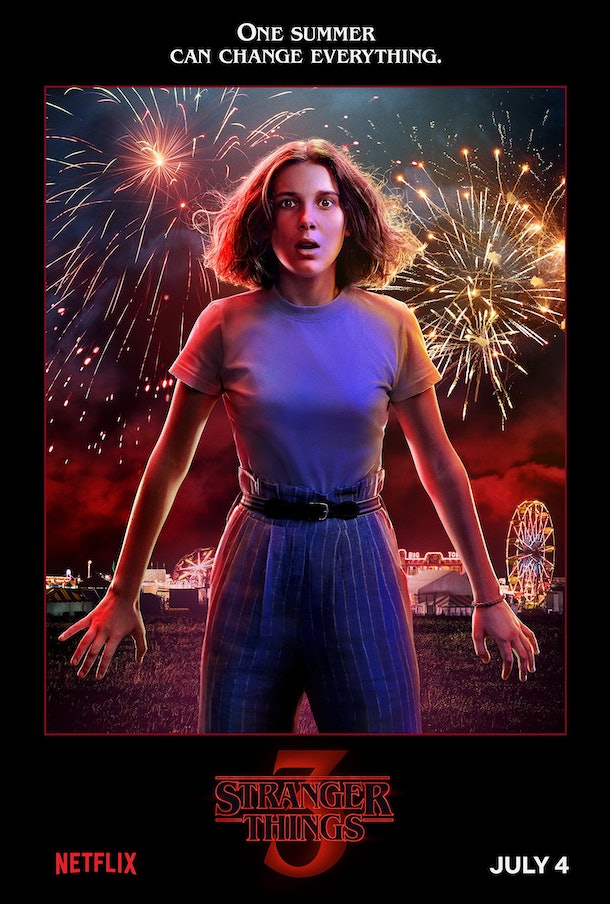 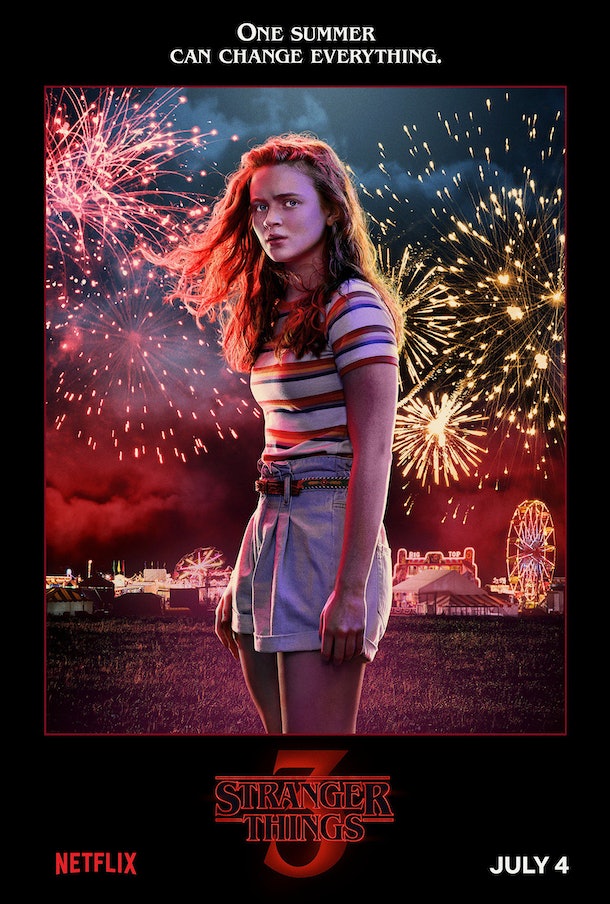 Then we have our core group of boys: Mike, Will, and Lucas. Notably, Dustin is not included in this group, suggesting that he will be more heavily involved in a different plotline than his Dungeons and Dragons friends. 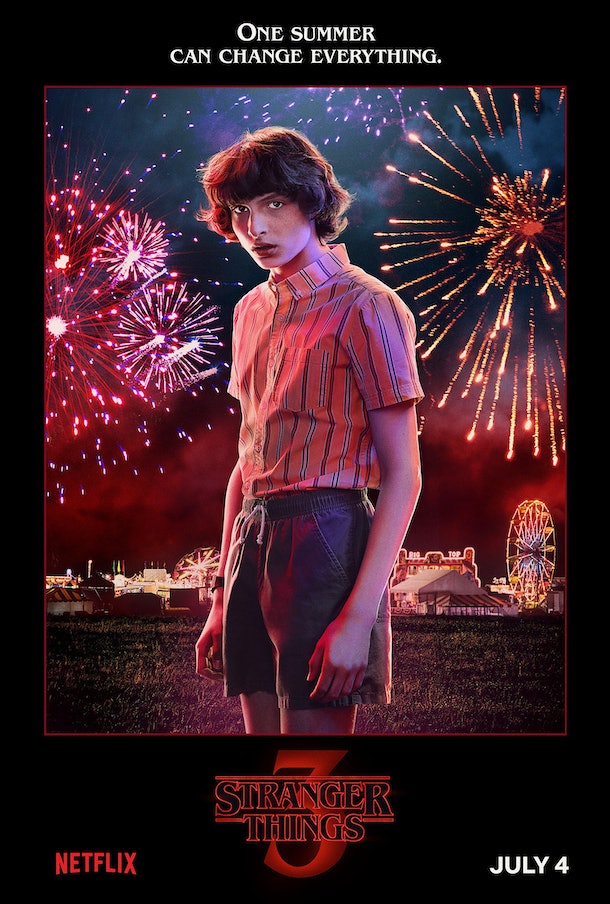 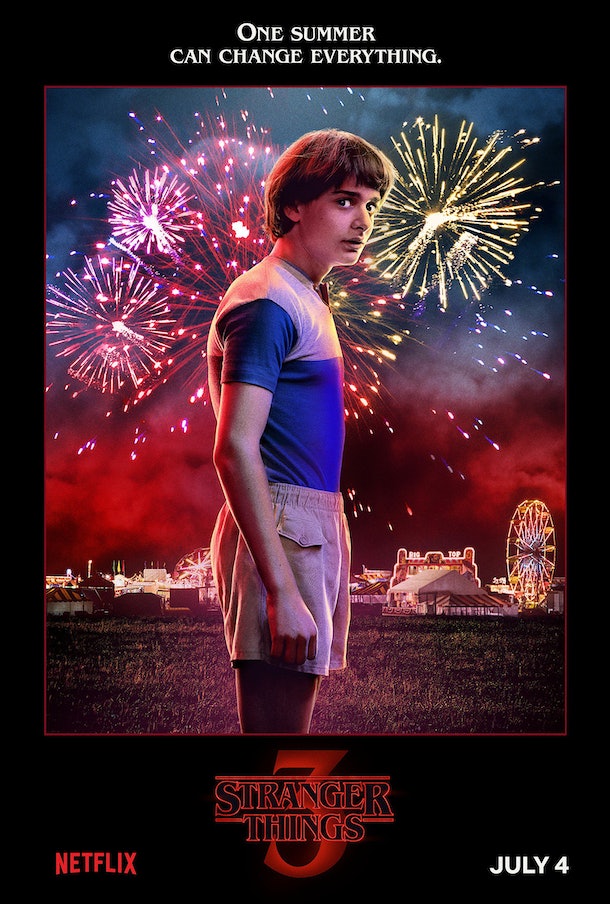 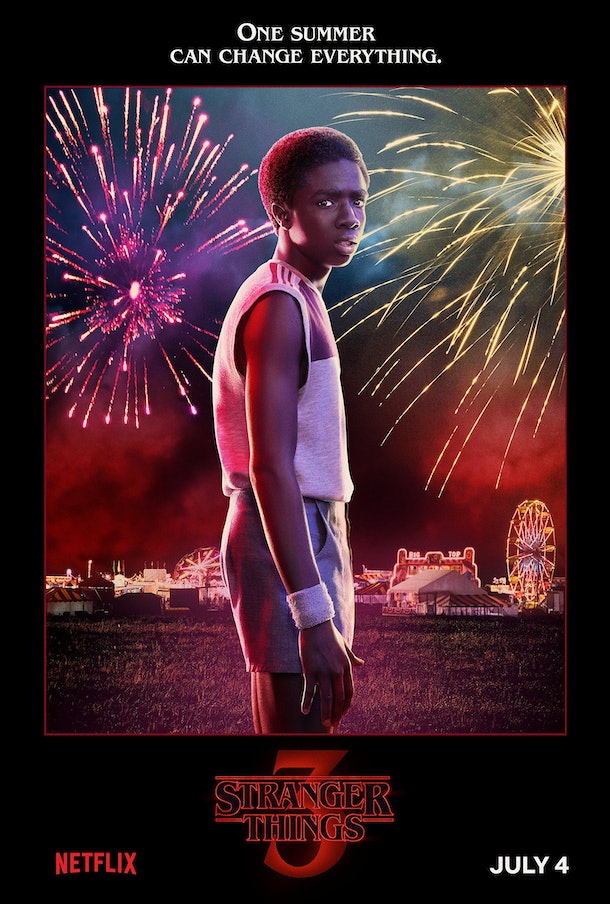 It looks like the bond that Dustin and Steve forged in Season 2 will be even stronger in Season 3, as the two also team up with Steve’s new ice cream parlor coworker Robin for a storyline. Surprisingly, Lucas’ little sister Erica — who has been only a minor role in the first two seasons — is also included with this group. 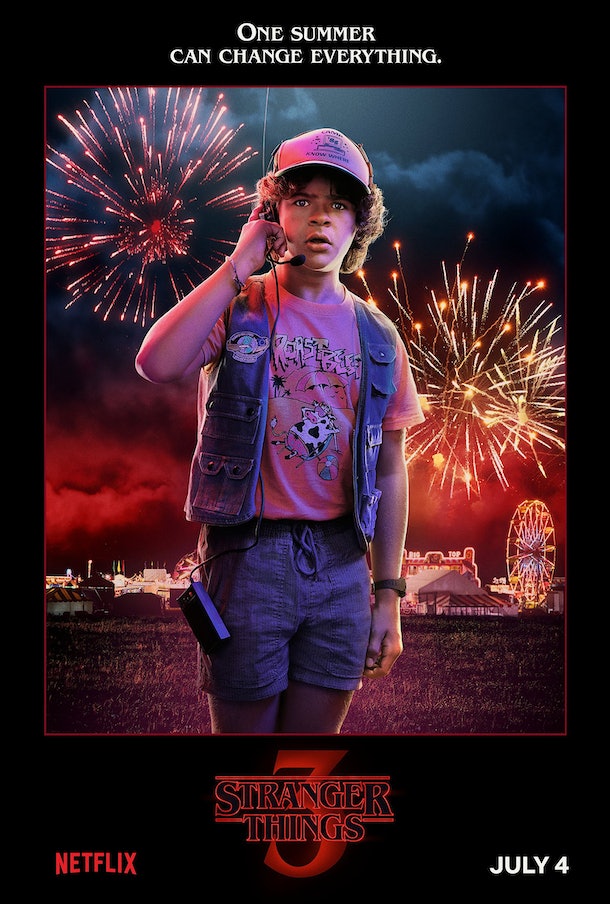 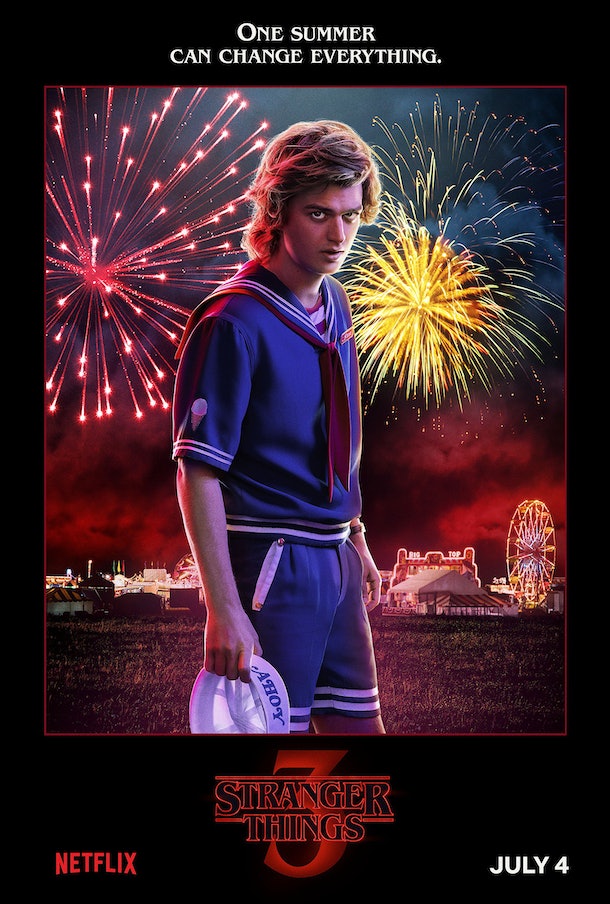 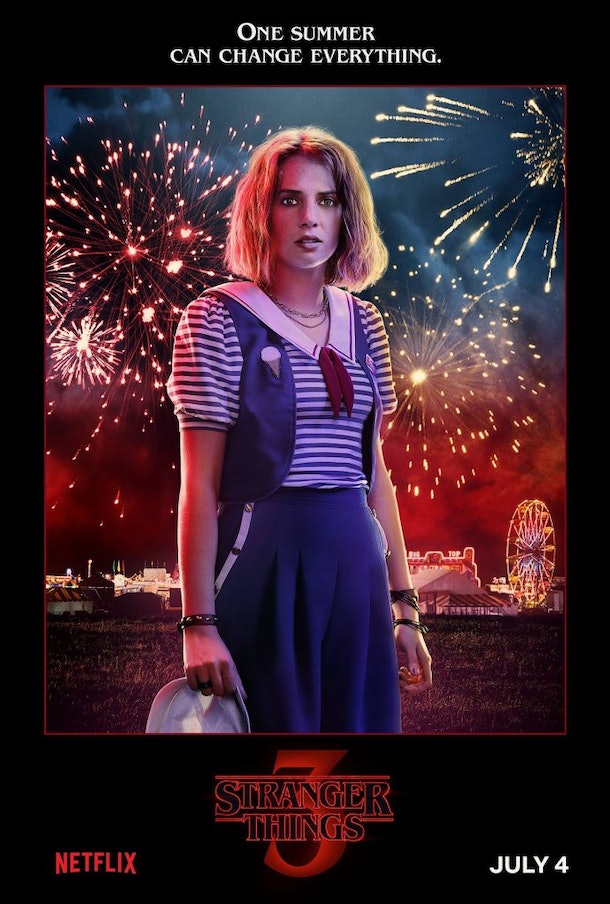 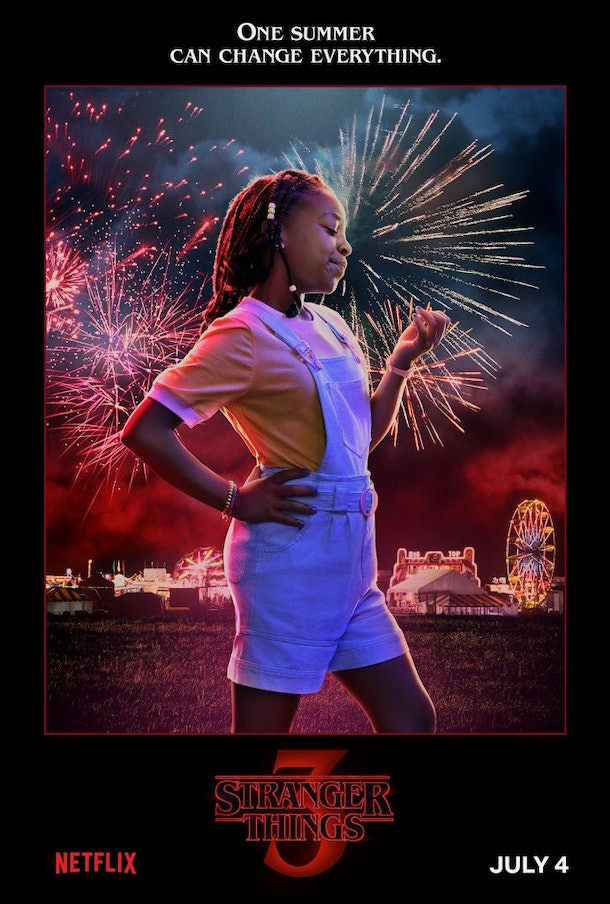 That is pretty much the end of the surprises, though — we all knew that Jonathan and Nancy would once again be working together. 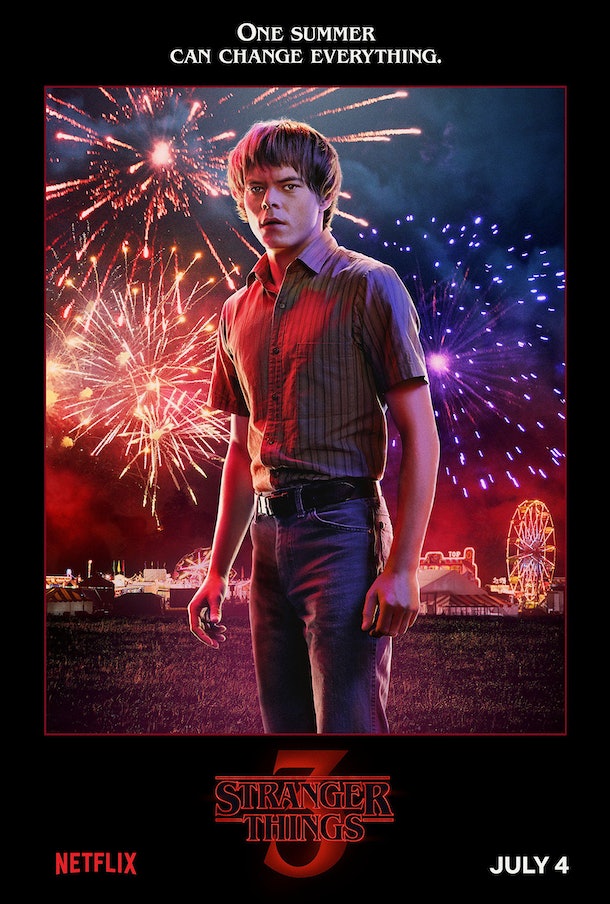 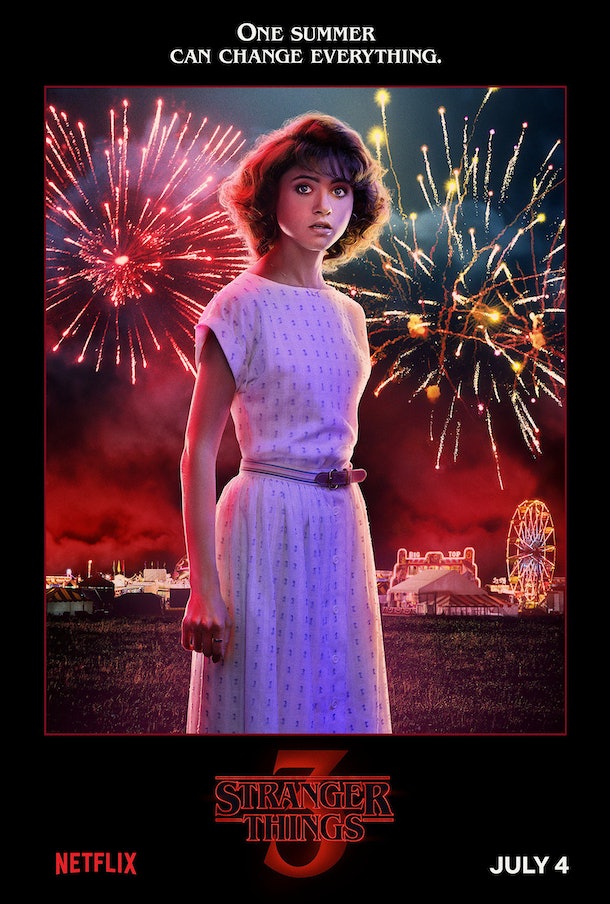 And of course Joyce an Hopper are staying close together for the new season. 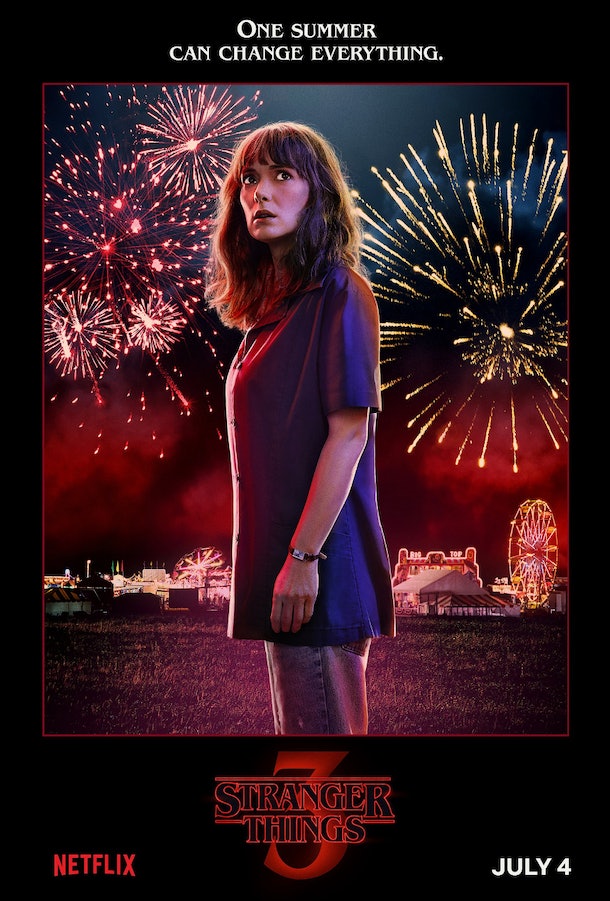 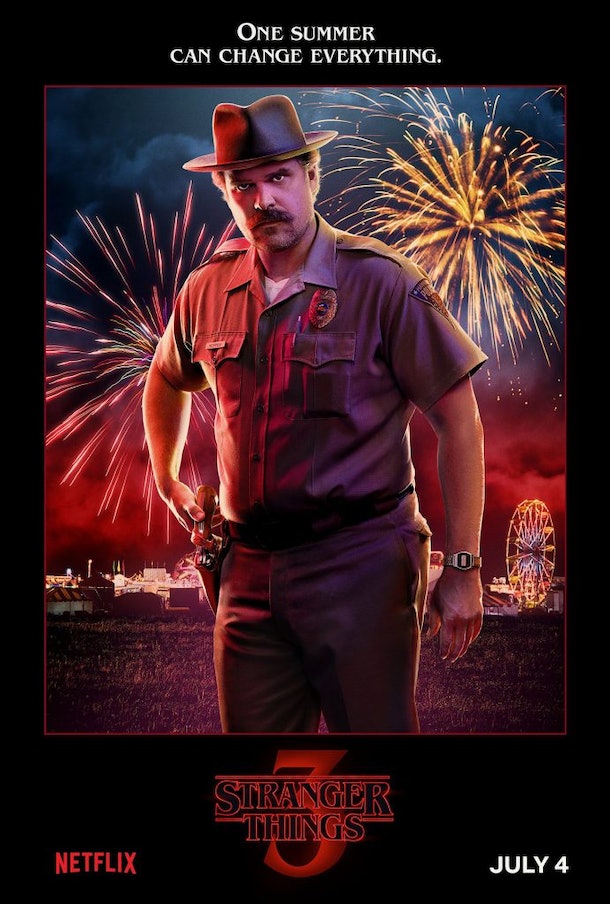 The only character whose poster was released on its own was Hawkins’ resident bully Billy. 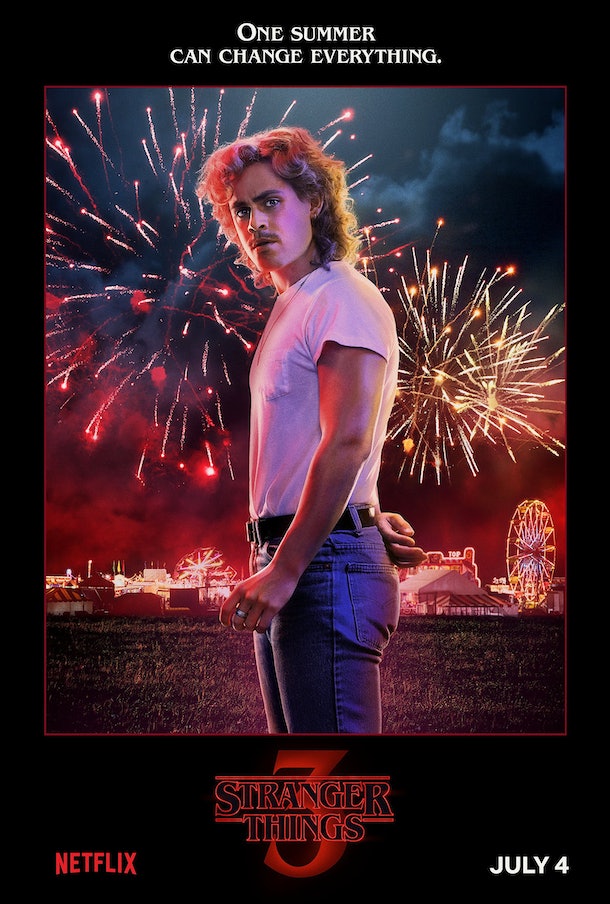 But to make up for being left all alone, Netflix did release a new teaser trailer focused entirely on Billy, showing just how much attention he commands at his summer job as a lifeguard at the pool.

Stranger Things Season 3 will drop on Netflix on July 4.