Sellers are cutting prices by tens of thousands of pounds in some areas in good news for first-time buyers, as figures reveal the locations with the biggest property price reductions. 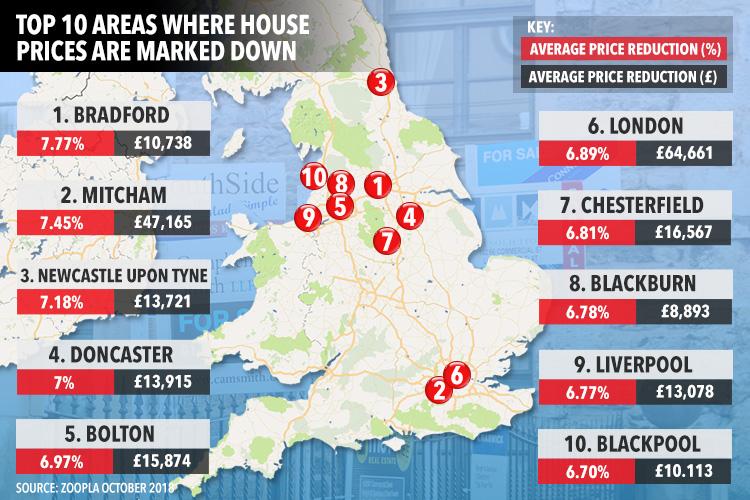 Data from property website Zoopla reveals that on average, 37.89 per cent of houses on the UK market have been marked down in price.

The average price reduction is a huge 8.52 per cent – or £26,131 – according to latest figures from September.

Bradford topped the list of the areas with the biggest average price reductions, with more than 37 per cent of properties in the town marked down by an average of 7.77 per cent, or £10,738.

It was followed by London suburb Mitcham, where nearly half of properties have been marked down by 7.45 per cent, or £47,165, on average. 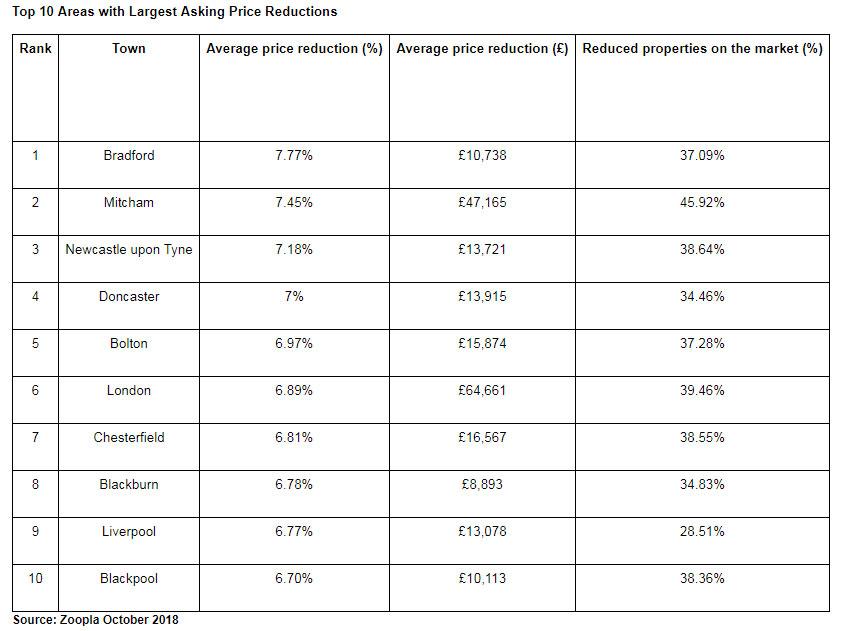 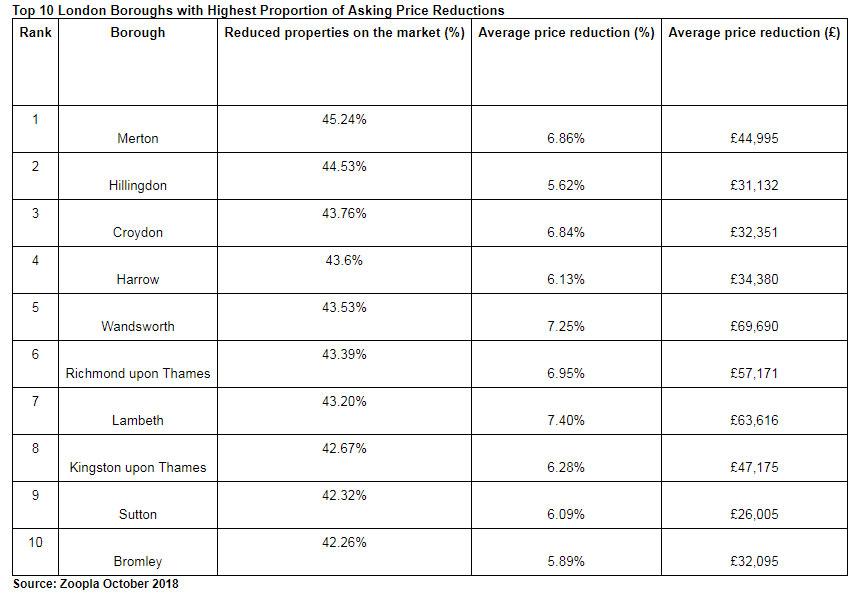 In central London, 39.46 per cent of properties have been marked down in price, up from 34.61 per cent in April when the data was last analysed.

Posh Kensington and Chelsea saw the biggest price reductions on average, with cuts of 8.16 per cent, or £127,394.

Meanwhile Brighton has the largest number of properties that have been marked down, with sellers slashing prices of 46 per cent of houses on the market.

Zoopla spokesman Laurence Hall said that uncertainty in the property market could see sellers cutting even more asking prices in the next few months too.

He added that discounts are already much bigger than they were six months ago.

He said: "Those seeking bargains could consider areas such as Bradford, Mitcham or Newcastle for their property hunt."

New figures also recently revealed the areas where first-time buyers will most need a Help to Buy loan to afford a house, so it could be worth cross-referencing both maps.

If you're thinking of buying your first home, we've put together a guide to getting a mortgage and a foot on the property ladder.