Does this amount to ASSAULT? Video of father pulling his daughter by his hood sparks fierce debate on This Morning – as Vanessa Feltz claims the pair are simply having ‘fun’

A viral video of a father dragging his daughter through an airport by her hood sparked a fierce debate on This Morning today.

Presenter Vanessa Feltz, a mother of two, and mother-of-seven Gemma Rawnesly appeared on the ITV programme to argue whether the behaviour crossed the line of responsible parenting – or if it was simply a bit of harmless ‘fun’.

The clip, which swept social media on New Year’s Day, shows a father pulling the little girl by her jacket as she sits on the floor at Dulles Airport, Washington D.C.

Gemma objected to his treatment of his daughter, claiming it is impossible to know whether the little girl is actually having fun.

However Vanessa disagreed, saying it was ‘inspired parenting’ and claiming her own grandchildren would enjoy similar horseplay. 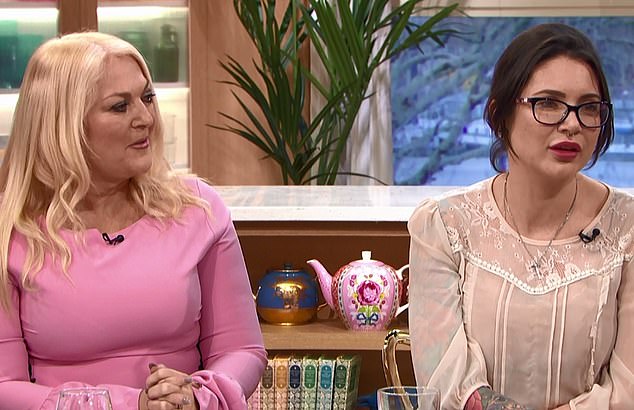 Presenter Vanessa Feltz, left, a mother of two, and mother-of-seven Gemma Rawnesly, right, appeared on This Morning today to debate whether the behaviour crossed the line of responsible parenting – or if it was simply a bit of harmless ‘fun’ 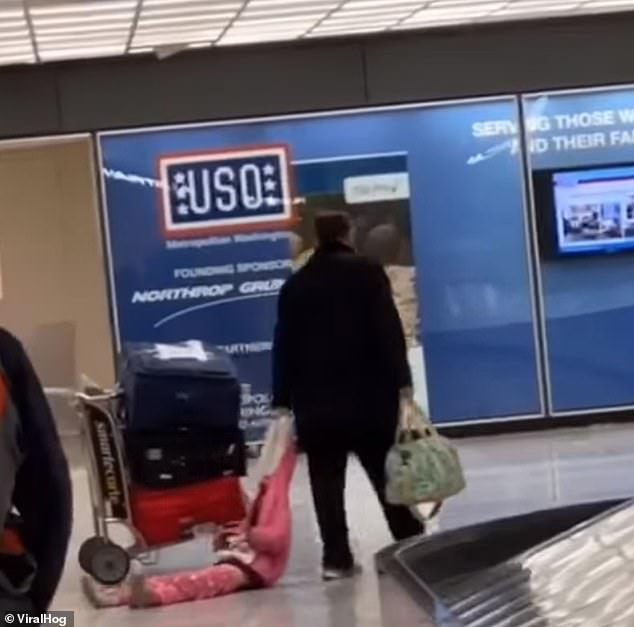 The viral clip, pictured, which swept social media on New Year’s Day, shows a father pulling the little girl by her jacket as she sits on the floor at Dulles Airport, Washington D.C

The majority of viewers agreed with Vanessa, with one posting: ‘It annoys me that some people like this woman brandish the word “abuse” around too loosely.’

Another wrote: ‘I drag my kid’s by their legs around the floor all the time. They love it, make a game out of it and it also cleans our solid wood floors, keeping them fresh, so it’s win, win. Everyone is happy.’

A third added: ‘When will people understand the difference between abuse and parenting, people just want to cause arguments and for no reason at all man what’s wrong with that?’

Rawnesly started the debate saying: ‘We don’t have a clue what went on prior to that footage being taken. You couldn’t see the girls face  – she could have had tears streaming down her face.’

When Phillip Schofield, who was hosting the debate, asked her ‘who are you to judge?’ she responded saying: ‘As human beings we all have a duty to look out for children around us.

‘I’m not here to vilify the father, as I don’t know the situation, but everyone has just assumed that the dad is tired – what I see is a lack of relationship between father and daughter.’

But Feltz thought she was over reacting saying: ‘Children at airports get fed up and exhausted. Or she may just love the game of her dad pulling her along the floor by her hood – I know my grandchildren would love a similar game.’

And justified it by saying: ‘If she was having a terrible time she’d be crying, screaming and wriggling  – there would be more confrontation in this clip.’ 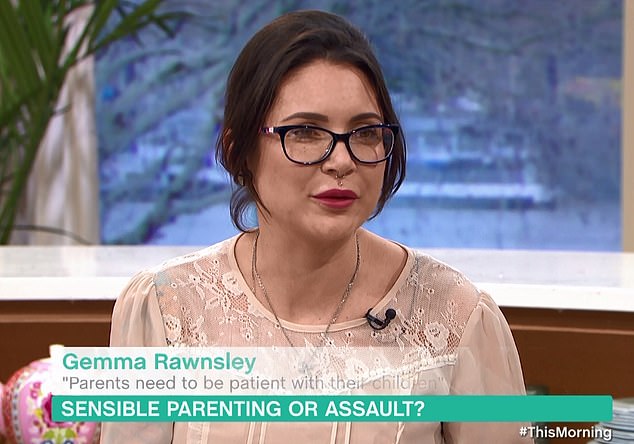 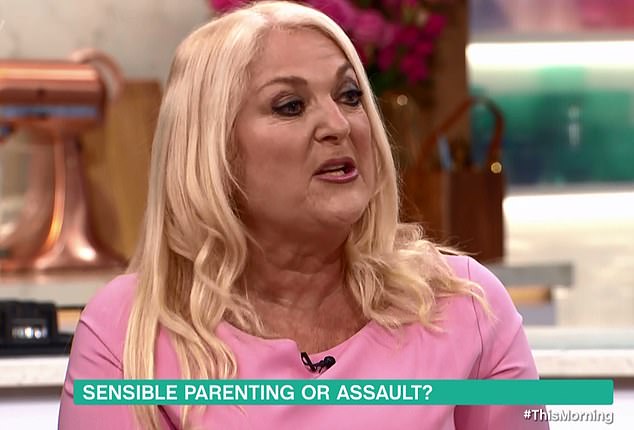 Rawnesly went on to admit that she would have intervened had she been there: ‘I would have told him how degrading it looked for his child and asked if she was okay.’

She went on to talk about her own children saying: ‘In 14 years of raising kids I’ve never had any of them have a tantrum in a supermarket or them answer back to me.

‘I’ve based my ethos of parenting on having a great relationship with them, mutual respect and having good conversations with them. If my child was tired I would pick them up and carry them in a tender loving way.’ 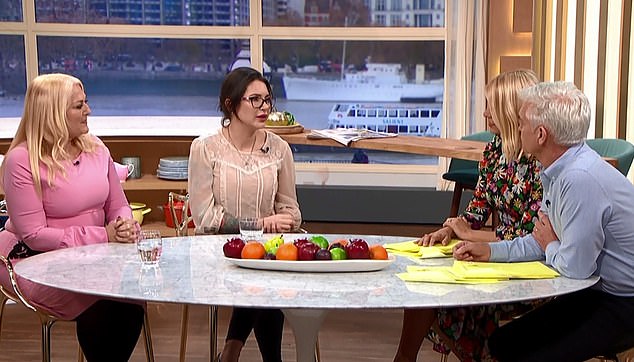 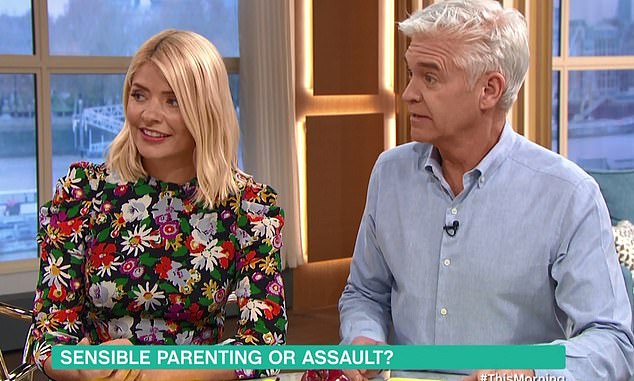 Holly questioned her about why Gemma was judging the Dad, to which Gemma responded:’There is no statement from the child and we can’t assume she was enjoying it

But Vanessa said that parenting isn’t always so easy: ‘Being a parent sometimes you have to use your imagination – he’s found a fun way to get his daughter to the gate and get on the flight.’

But Rawnesly disagreed saying that: ‘We can’t always assume that children who are experiencing things they’re not happy with will be crying.’

When Holly questioned her about why she was judging the Dad Rawnesly finished with: ‘There is no statement from the child and we can’t assume she was enjoying it.’ Ask Amy: Job interviews by phone are not an easy call – The Denver Post
Celebrities Posts Mark & Patricia McCloskey grabbed their guns because they were ‘afraid’, okay? Imogen Thomas puts on a busty display in a yellow lace bikini
We and our partners use cookies on this site to improve our service, perform analytics, personalize advertising, measure advertising performance, and remember website preferences.Ok