This Shelter Volunteer Naps With Cats During His Shifts: Pics

Catnapping for good! When a volunteer at a shelter in Wisconsin began napping with felines during his shifts, he probably never expected the snoozes would lead to a big uptick in donations. 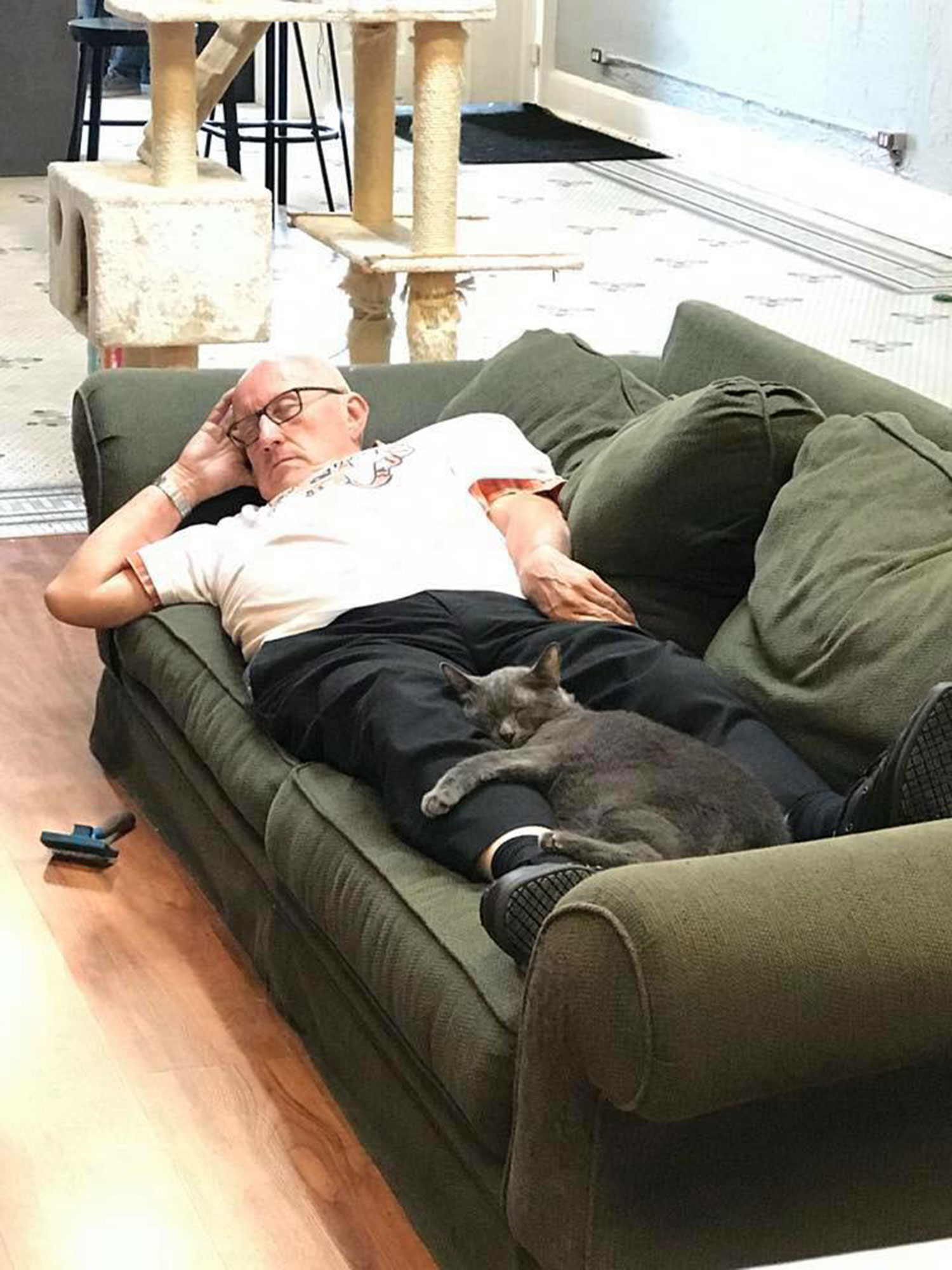 Safe Haven Pet Sanctuary in Green Bay, Wisconsin, shared photos of a man named Terry cuddling up to the cats during his shifts. “We are so lucky to have a human like Terry. Terry just came along one day and introduced himself. He said he’d like to brush cats. Eventually it became everyday,” the shelter wrote on Facebook Tuesday, September 18. “He brushes all of the cats, and can tell you about all of their likes and dislikes. He also accidentally falls asleep most days. We don’t mind – Cats need this! Terry is a wonderful volunteer. #nappingencouraged #grateful.” 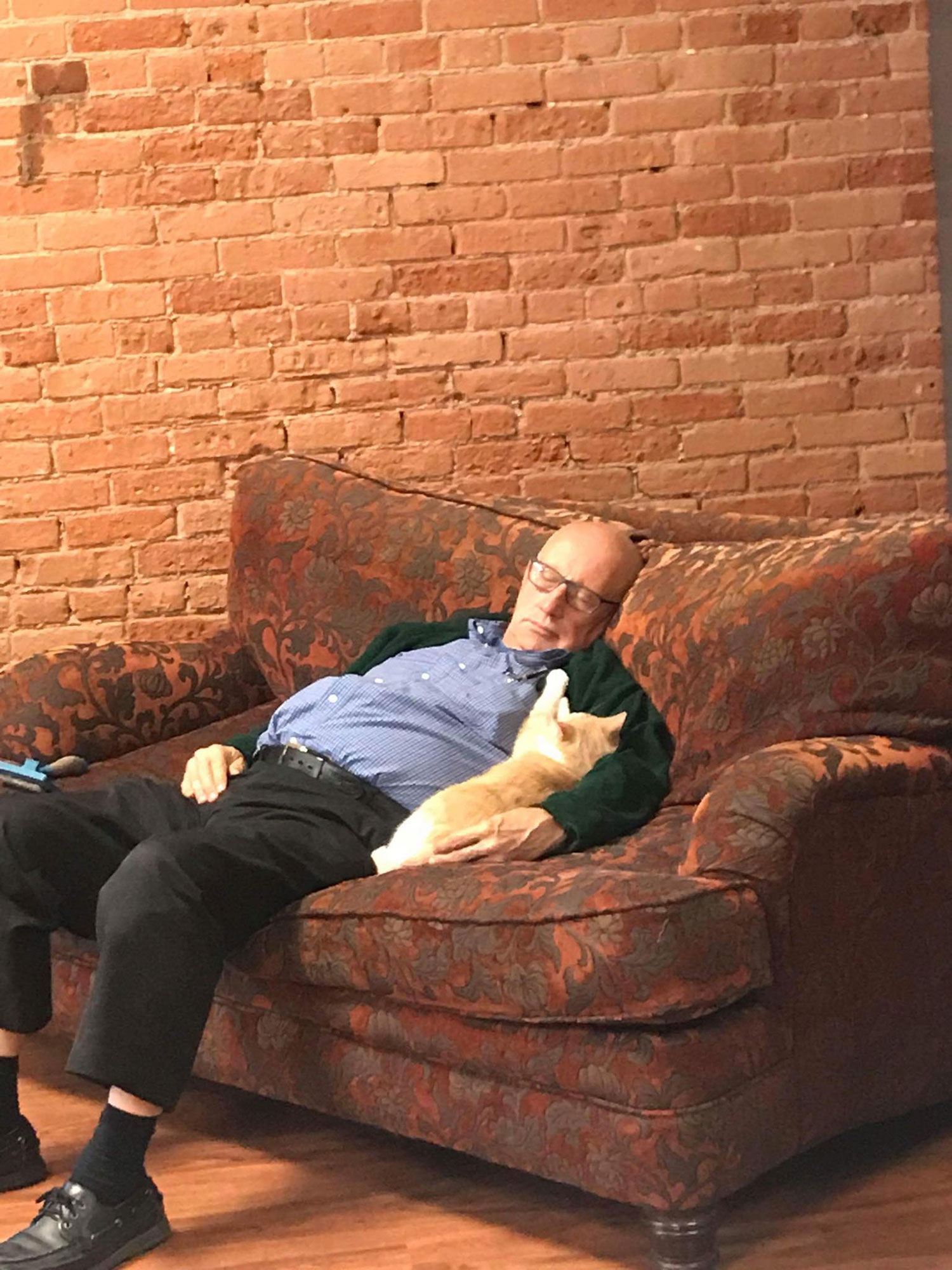 In the gallery of pics, Terry can be seen catching Z’s with felines on three separate occasions on a couch in the sanctuary. The furry creatures obviously adore the downtime, as they cuddle up next to the volunteer. 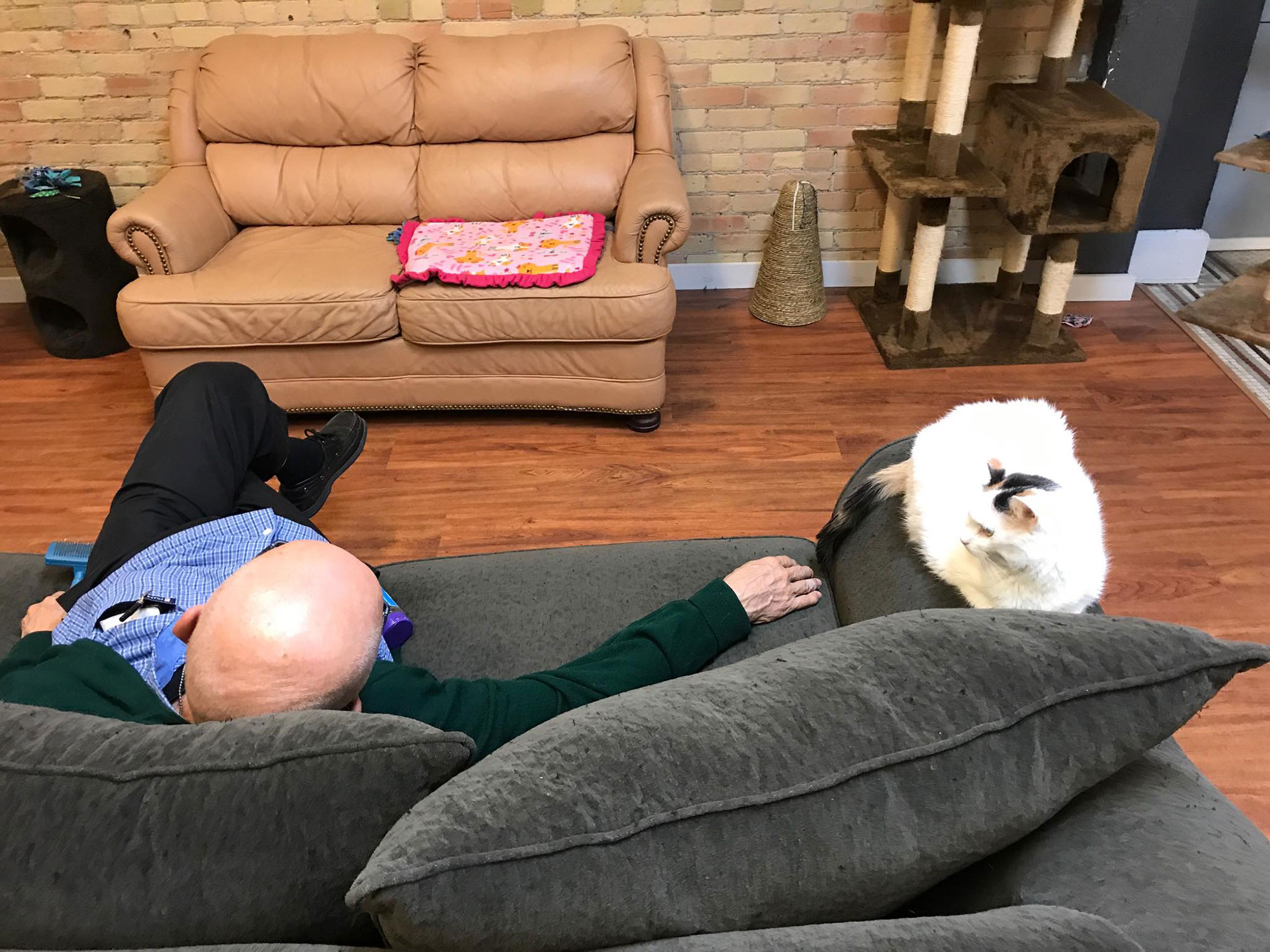 Founder Elizabeth Feldhausen told Good Morning America on Thursday, September 20, that an influx of donations nearly crashed the sanctuary website’s donation page after the Facebook post went viral. Terry encouraged those who were touched by the story to give to the shelter — and clearly they complied.

According to GMA, the nonprofit’s website received 1,000 hits per minute, so Feldhausen made a Facebook fundraiser page. As of Thursday, contributors have more than doubled the sanctuary’s initial goal of raising $1,000 — that is almost enough money to fund the shelter for a year.

Safe Haven is a cage-free facility that cares for special-needs cats in an effort to make them eligible for adoption again. Terry started his work there a few months ago. “He’s amazing with them,” Feldhausen told GMA. “Even the anxious ones get excited when he comes to volunteer.”