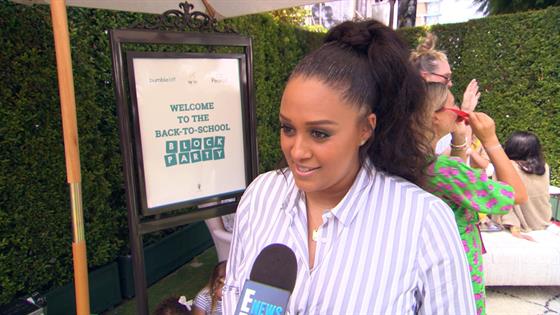 In May, the 40-year-old Sister, Sister actress gave birth to a daughter, Cairo Hardrict. Mowry—already mom to 7-year-old son Cree Hardrict—couldn’t help but gush about her little ones in an exclusive interview with E! News at the Bumble BFF and The Tot’s Back to School Block Party. Sharing a few of her mini-me’s milestones, Mowry said, “I’m always impressed with her, every single day. She’s holding her bottle—yes, holding her bottle at 4 months! She’s sitting up. She’s able to keep her head up. She’s smiling. She’s laughing.” Already, Mowry’s daughter enjoys watching the PBS Kids series Splash and Bubbles. “It’s just all about these colorful fishies, and they sing and they dance. I can see her watching it, and when a song comes on—her favorite song—she will start to dance and just smile. She is incredible. She’s definitely my miracle baby.”

Of course, Mowry was quick to add, “Cree was, too.” 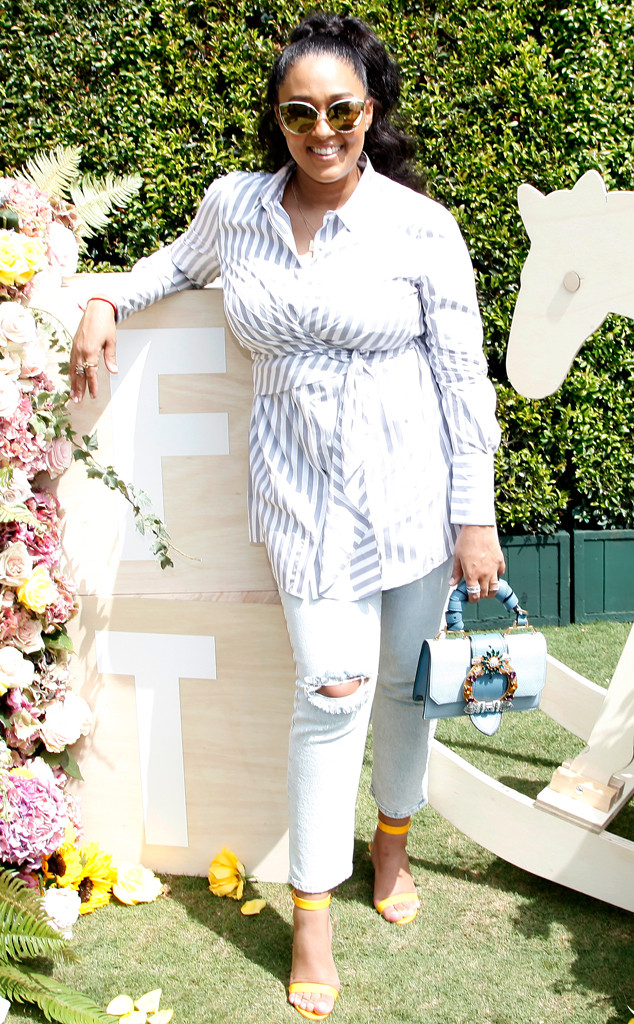 However, Mowry admitted it took her son some time to adjust to the idea of becoming a big brother. “I have to be honest with you. At first, he was like, ‘What is this? who is this? Take her back!'” she said with a laugh. About a week before Mowry gave birth, via C-section, her son rebelled a bit by drawing on his sister’s furniture. “I think he was just marking his territory, because she now has his room,” she explained. “He was like, ‘Oh, OK! You’re gonna take my room? I’m gonna draw on your furniture.’ Anyway, he is amazing now. He’s the biggest help!”

Mowry told E! News she feels “so blessed” to have such a caring son. “He will not change a diaper at all, but he will feed her. He will throw away her diaper, going, ‘Ew!’ I’m like, ‘Cree, you did that, too!'” Best of all, she said, “He knows where everything is, and he’s extremely helpful.”

Raising a daughter already feels different than raising a son, Mowry admitted. “Cree is a part of me; a girl is an extension of me. Cairo is an extension of who I am. I’m just so sensitive to everything about her, and I think it’s just because I feel like I want her to grow up, I guess, continuing my legacy. I’m not saying as an actress or whatever; I’m talking about how I view the world and how I see the world, and how I believe that integrity and character and all that stuff is important. I just want her to be an extension of me and just make this world a better place,” she said. “I’m all things women. I’m very much a feminist and I believe we can do all things. To have my daughter and teach her and guide her, it’s definitely been an incredible journey so far.” 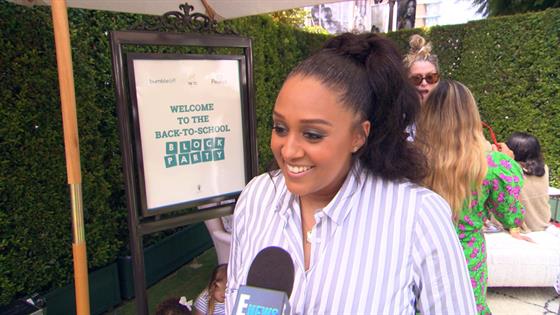 Since giving birth, Mowry has also been updating her Instagram followers on her postpartum weight loss journey. “It’s going great. For me, it’s not about being vain. You know what I mean? It’s not about trying to look great; it’s about trying to feel great. And if that takes five to six months to a year to feel like myself, then so be it,” the actress said. “It’s not about trying to hurry up and get into the gym and get that six-pack. It’s kind of like how it was with my first child. I’m just taking everything as it goes. If I lose 5 lbs. here, then great. If I don’t? Oh, well.”

“I’m just really taking my time, and I really want to be an example out there for women, that it’s OK if you don’t lose weight fast or rather quickly. It’s OK if you still have a belly bump. That’s what happens. It’s natural. It’s normal,” Mowry added. “You don’t have to kill yourself trying to get to some place that takes time. I’m about focusing on my babies and enjoying her growth.”

Mowry said she regularly takes Soul Cycle classes, and she’ll do weight training. But yoga is one of her “favorite” ways to stay fit, “because not only does it help you with your body—it helps you with your mind…It’s about setting an intention before every workout. It’s about breathing in, breathing out. It really relaxes me. It calms me. It zens me out! Yoga is incredible for moms.”