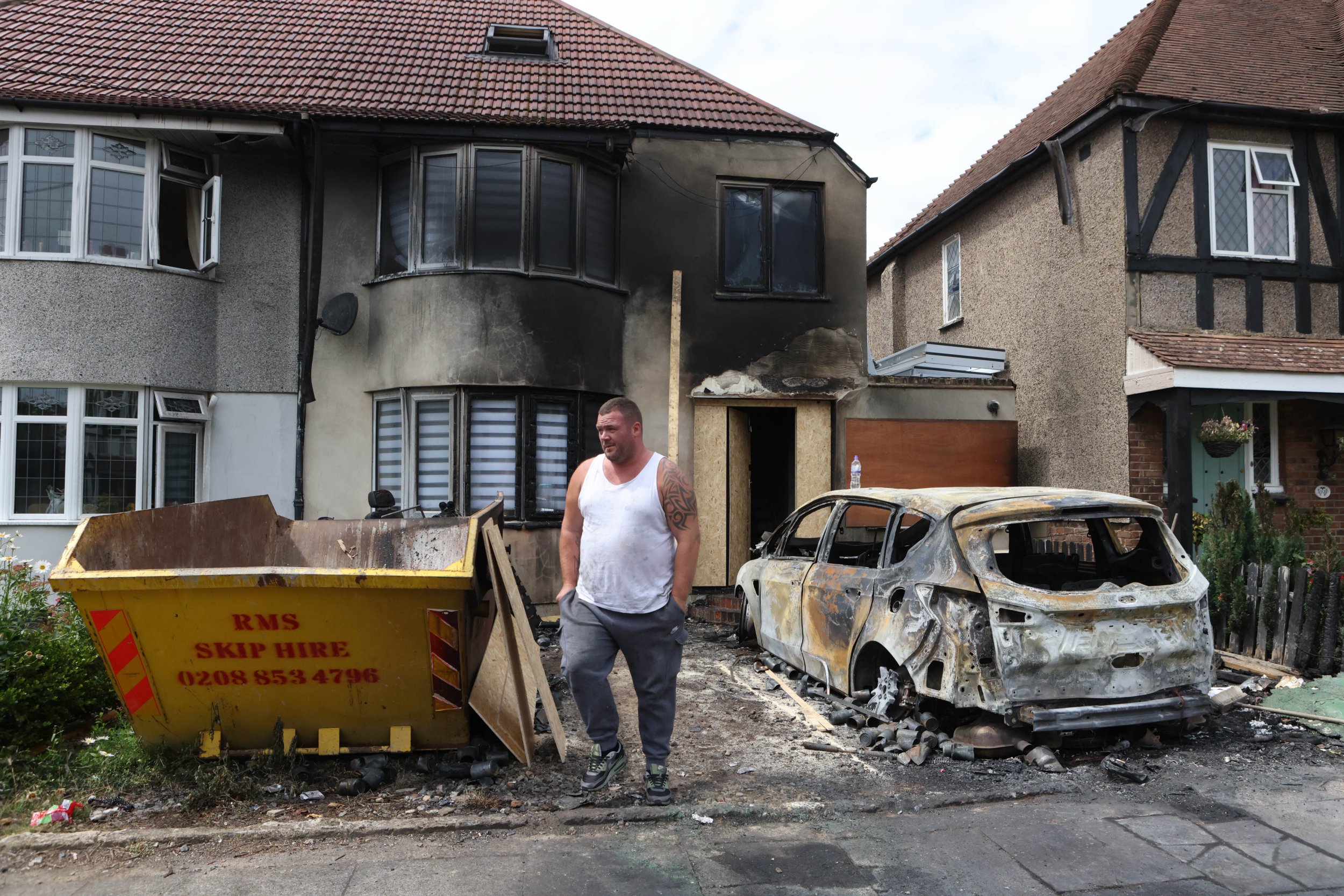 The Smithy Family, a popular family of influencers on TikTok, have been criticised for buying a jet ski after their fans raised over £50,000 to help fix their home.

The family’s house in Welling, South-East London caught fire after their car was set alight with a milk carton filled with petrol in early July.

Though the family were all unharmed, they said that the house was unliveable.

Fans raised £50,000 through a GoFundMe page that was set up to help the family.

But supporters were angry after Nick Smithy posted a video to their TikTok page showing him laughing while riding around on a jet ski.

In the video, Nick says: ‘To the people that are so caught up in my life, so anxious about what I am doing or how I am spending my money, when you’re not focusing on your own life we’ve gone through hell and back.

Positive things happen to people that are positive #thesmithyfamily

TikTok users were extremely disappointed in the video, with one user writing: ‘He’s laughing at everyone who donated to him.’

Another said, ‘Wow I regret donating now. Actually can I have my 50 quid back please?’

A third said, ‘Couldn’t pay for house renovations but can buy a jet ski! Feel sorry for all the people who donated to the GoFundMe page.’

In another video today, the family explained that a large sum of the money donated will be given to various other fundraisers and charities.

They told their fans, ‘As you know, £47,000 was raised in our name after the fire. We’re very appreciative and thankful for everyone that donated. Even though we did’t ask for this, we are passing this on to other causes and charities.’

They donated £13,000 to a family in Croydon that lost their belongings in a fire, as well as £6,900 to the MS Society, and an unknown amount to Azaylia Foundation, which supports families who need treatments that are not available on the NHS.

The fire at the Smithy Family’s home is a suspected arson attack, with the Metropolitan Police launching an investigation into the incident.

They have asked for witnesses and anyone with information to contact the police on 101.