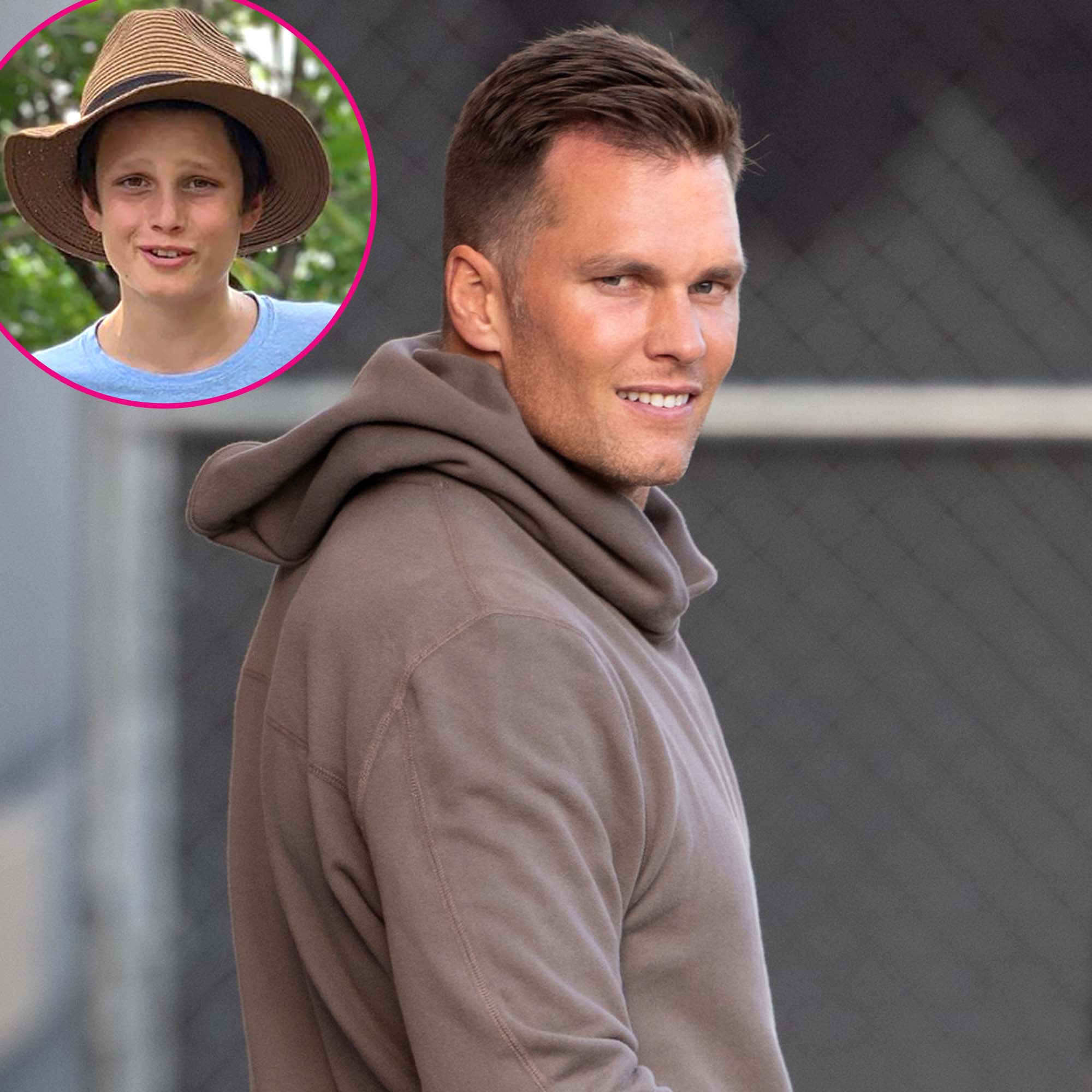 “@Buccaneers got a new ball boy this week,” the former New England Patriots quarterback, 44, wrote alongside an Instagram Story snap of his 13-year-old son beside him on the practice field. “He takes his summer job and every rep very seriously. … Just like his dad!!”

A source exclusively told Us Weekly on Wednesday, August 18, that Jack “wasn’t actually offered a job” with the team, noting Brady’s comments were a “a fun joke.” The insider added that the athlete’s eldest child did, however, “call the box office to check.”

The seven-time Super Bowl winner shares Jack, who was born in August 2007, with Bridget Moynahan.

Less than two years after his son’s arrival, Brady married Gisele Bündchen. Becoming a father in the early days of his romance with the supermodel, 41, was unexpected, but the power couple made it work.

“I’m blessed to find this life partner that we all kind of seek at different times in our life,” he previously gushed during an interview with Access Hollywood. “We’ve been through a lot of ups and downs together, and in so many ways, that’s kind of built our relationship so strong.”

Brady and Bündchen went on to welcome two children of their own: son Benjamin, now 11, and daughter Vivian, now 8. Though he may not be her biological child, the Brazil native has made space for Jack in her heart.

“I don’t like the word stepmom,” she explained during an Instagram Q&A in February. “I use the word bonus mom because I feel like it’s a blessing in my life. I feel so lucky that I got to have an extra, wonderful little angel in my life.”

The California native’s firstborn “love sports,” Brady told Men’s Health in August 2019. “He wants to try hard, and he never wants to disappoint his dad. That was me. I’d wake up early on the weekends to do stuff with my dad. That’s why I didn’t party a lot. If Dad wanted to golf, I wanted to be there with him. And if I ever missed those things, it would crush me.”

Fatherhood wasn’t always part of the NFL legend’s plan, he admitted to Howard Stern in April 2020. “I remember thinking, ‘I don’t want anything to get in the way,’ once my football career kind of got rolling,” Brady recalled, before calling then-12-year-old Jack “the greatest.”

Everything Bridget Moynahan Has Said About Relationship With Ex Tom Brady

The teen has been one of his dad’s biggest supporters over the years, cheering on Brady and the Buccaneers from the sidelines as they took home the trophy at Super Bowl LV in February. “It’ll be nice to celebrate with them,” the athlete said of his family while accepting his MVP honor in the stadium.