Triple J is shedding young listeners, but radio isn’t a dead medium yet 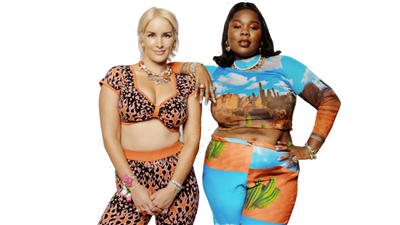 I’ll never forget the excitement I felt as I bought my first transistor radio with a hard-saved pile of silver coins. I was 9, and I wasn’t just getting a piece of shiny kit, I was gaining access to a whole world of music and chat and cool that might somehow magically bind me to the other kids in my neighbourhood and at my school.

That thrill was only topped when, in my teens, I discovered the seditious sounds of student radio on the FM band, and realised there really were other people like me in the world. Like Jenny in the Velvet Underground song, I turned on a radio station and my life was saved by rock and roll. 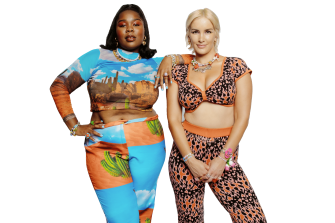 CADA presenters Flex and Floomes, whose show is filmed, with audio later extracted for radio and podcast use.Credit:ARN

It’s doubtful, though, that young listeners feel the same way about the medium today. While they consume vast quantities of music, much of it is via streaming platforms like Spotify, YouTube and TikTok. The radio isn’t the principal conduit to a world and identity – it’s just one channel among many. And when they do listen to radio, young people are increasingly shunning the stations targeting them in favour of golden oldies.

The latest Australian radio survey results saw Smooth FM pick up considerable market share in the younger demographics – 10-17, 18-24 and 25-39 – and much of it came at the expense of the ABC’s youth-focused network Triple J.

In the survey, which covered the period of February 27 to May 21, Triple J clocked an average audience of just 78,000 listeners in the five mainland capital cities across the full listening week (from a total of 1.56 million average radio listeners). In Sydney, it held a 3.9 per cent share of the listening audience, in Melbourne 4.5 per cent. It did better in Brisbane, where it has a 6.7 per cent share of listening, Perth (6.8 per cent) and Adelaide (5.1 per cent). 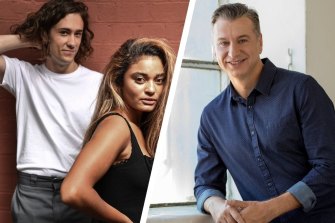 Young listeners appear to be switching off the likes of Triple J’s Bryce Mills and Ebony Boadu for Smooth FM presenters like Simon Diaz.

The trend is undeniably downwards, but Meagan Loader, head of music at the ABC, insists “we’ve never had more people listening to Triple J than we do now”, citing a cumulative figure nationally of 3.3 million each week in 2021.

The cumulative audience measure – typically favoured by radio stations when it paints a more favourable story than does the audience share result – counts as a “listener” anyone who has tuned in to a station for eight minutes within a 15-minute period at any time during the week.

Industry body Commercial Radio Australia (CRA) claimed in a February report that just under half of 10-17-year-olds and a third of 18-24-year-olds listen to commercial radio daily (by comparison, among 55-64-year-olds the figure is two-thirds).

That may all be true as far as rating agency GfK’s survey sample of 16,000 people nationally is concerned, but there is plenty of anecdotal evidence to suggest that for many younger listeners radio is becoming a medium of last resort.

“The only time you’d catch me listening to radio is in the car,” says Ruby Vidor, a 23-year-old musician from Melbourne, who discovers new music through TikTok, YouTube, Spotify recommendations and friends. “And the only radio station you’ll ever catch me playing in the car is Smooth FM.”

She puts that down to the fascination with all things vintage, and says announcers yakking away on radio is a turn-off. “If I want the chatter I go straight to podcasts.”

Vidor is aware, though, of the paradox of an emerging artist who no longer listens to the kind of radio most likely to give her airtime.

“We musicians desperately seek out the validation of a radio station because historically that was where you got your break,” she says. “But the more I dissect the way I interact with music discovery as a consumer the more I am shifting my approach. Yes, radio has its place but not like it used to. If you were any kind of radio boss trying to reach me, I probably wouldn’t listen. We go to radio to feel nostalgic, not to discover new music.”

The ABC’s Loader says it’s wrong to think of Triple J purely as a radio play. She points to the fact that much of the network’s audience comes to it via sub-sites such as Unearthed, Like a Version and Live at the Wireless, plus social media. “It is the number one Australian radio station on Facebook (1.3 million followers), Instagram (844,000 followers), Spotify (450,000 followers) and YouTube (1.59 million subscribers), where millions view our content,” she says. “Our podcasts are some of the most listened to at the ABC.”

There’s little doubt though that this fracturing of distribution is changing what radio means to the young. It diminishes the role of the DJ or content director as tastemaker, inhibits (for better or worse) the identification of a station and its style with particular sub-cultures, and makes it infinitely harder for an emerging artist to access a sizeable market.

Still, the idea that a radio network is no longer just a radio network has also been wholeheartedly embraced by start-up CADA (pronounced kay-da). Launched just two months ago, the youth-focused platform, which is part of the ARN stable, broadcasts on the FM dial in Sydney only, but nationally over the DAB+ digital spectrum. It also creates content specifically for social media platforms (Instagram, Twitter, Facebook) and podcasts, and considers these not so much spin-offs as core product.

“We thought it was important to create content in the places 18-29s were consuming content, and in a format that matches those places,” says CADA general manager Emily Copeland, who came to the job from a background in film and video production.

She says broadcast radio “is so important for discovery”, but adds that so is video. Presenters Flex and Froomes film their show, and then audio is extracted to create the radio iteration, while short video clips are posted to social. “We’re building a media ecosystem so audiences can consume short pieces in different formats,” says Copeland.

The challenge for radio, says CRA boss Ford Ennals, “is to always keep the content relevant for that age group, because they move around”.

To that end, broadcasters are increasingly developing podcast content – consumption of which is measured, but not included in the radio ratings – audio-on-demand content, and new multimedia services like CADA.

“The key thing is to keep the content relevant,” Ennals says.

The young audience for radio hasn’t gone away, he insists. “You just need to make sure you’re talking to them in the way they want to be talked to, and giving them the content they want.”