Do You Hear The People Sing? The beautiful sounds of some of the UK’s finest performers rang out across Central London last night as the semi-staged version of Les Mis reopened. Lockdown restrictions have finally been reduced and the government roadmap currently plans to remove all social distancing on June 21. Mackintosh believes that it will happen and that the British public have made their will clear to the government that they want live entertainment back.

He said: “I have more than faith. I can tell from the box office that the public have already made up their minds. And it think it will only get better.” Speaking to The Express on an emotional, triumphant night he paid tribute to everyone involved on the night but also had strong words about the future of UK theatre. 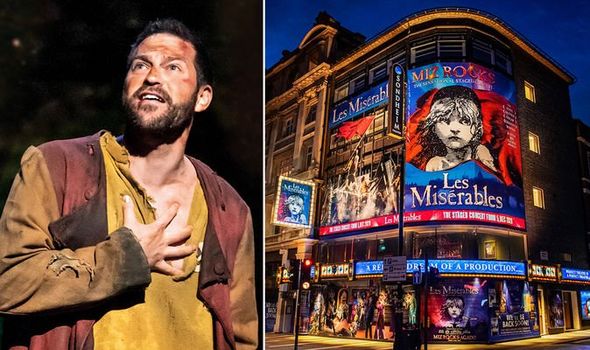 This current version of the beloved show almost plays more like a rock concert and last night all the hugely talented performers were clearly exhilarated to be back on stage after twelve terrible months for the performing arts.

Jones plays tragic Fantine with powerhouse vocals, fresh from her barnstorming turn in Waitress. The rest of this Les Mis production is made up of veterans from this production before it closed, plus various touring versions. In fact, the entire ensemble beyond the central characters is packed with additional treats fro lucky audiences.

Mackintosh proudly told us: “It’s a phenomenal cast with incredibly talented people. There are people in the ensemble who are usually leading men and women but they all want to be part of this now.

“The people who have suffered the most are the self-employed who don’t fall under any government schemes. (Theatre workers) on the stage and off the stage, and musicians, they’ve had a very hard time. What really touches my heart is how amazingly they have come back, not having flexed their muscles for so long.” 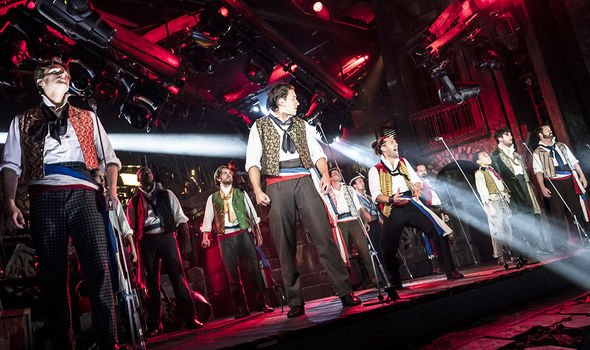 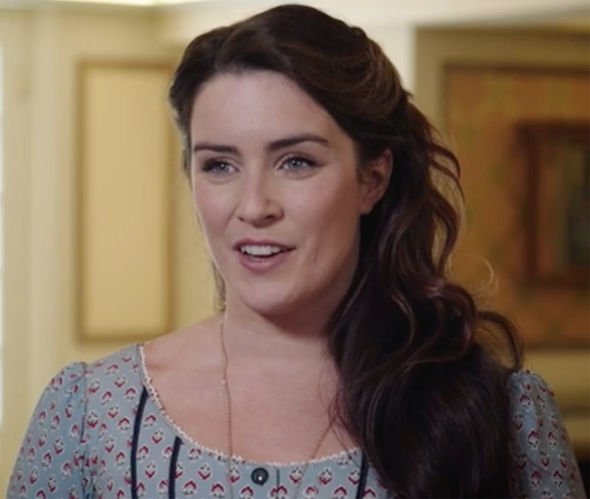 At the standing ovation curtain call, Jon Robyns, who plays Jean Valjean, told the cheering audience: “The company of Les Miserables just want to thank you for returning to theatre.

“Theatre unlike sport cannot exist with out its audience. We as storytellers know that the magic of the story happens in the gap between our mouths and your ears. Thank you so much for closing that gap and returning to theatre. Thank you from the bottom of our hearts.”

Mackintosh also praised the British public and said they had made it clear who much they wanted live shows back in theatres: “It’s absolutely thrilling. And humbling that they are as excited to see it as we are to do it. It’s been fantastic. It makes it worthwhile.”

His own Delfont Mackintosh Theatres group operates eight London theatres and is still waiting to launch major productions like Mary Poppins, Dear Evan Hanson, Mamma Mia, The Life of Pi and The Phantom of the Opera, plus the fully staged version of Les Miserables which is due to return in September.

The biggest shows require massive backstage technical crews, which makes opening them at the current reduced capacities financially impossible for theatre owners. Is Mackintosh worried about concerns that the Indian coronvirus variant might prevent the ending of restrictions?

He said: “I think the chance of that happening are slight for the country, never mind the theatre. I think it’s the last thing (the government) wants… I still believe that Boris (Johnson) is trying to get it up (to full capacities) before the end of June.” 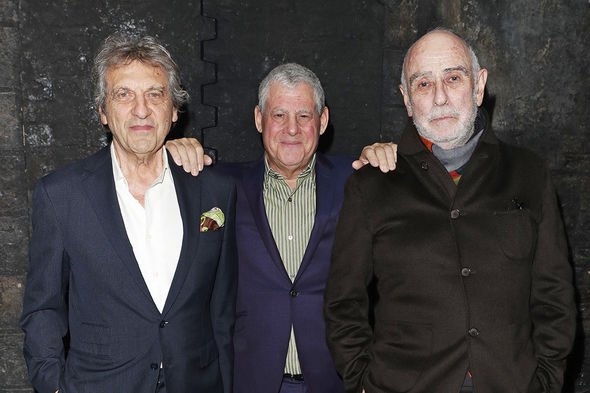 Mackintosh stressed that most major West End and UK shows will not be able to reopen unless all audience restrictions are lifted.

He told The Express: “It will take a lot to get the full productions back up. The really expensive shows with all the backstage staff as well, all of that, we can’t open until it is 100 percent (capacity). There is absolutely no way. I could open Hamilton tomorrow, but I can’t operate Hamilton on 50percent. I can’t operate any of those shows. “