“You WISH your daughter was as AWESOME as MINE!” Lieutenant General Theodore D. Martin wrote. “So BACK OFF.”

The Pentagon and other high ranking officials in the U.S. military fired back at Tucker Carlson after he mocked the armed forces for taking measures to be more inclusive.

“So we’ve got new hairstyles and maternity flight suits,” Carlson said on his Fox News show after President Joe Biden announced the efforts on Tuesday. “Pregnant women are going to fight our wars. It’s a mockery of the U.S. military. While China’s military becomes more masculine — as it’s assembled the world’s largest navy — our military needs to become, as Joe Biden says, more feminine.”

“The bottom line is — it’s out of control and the Pentagon is going along with it. Again, this is a mockery of the U.S. military and its core mission — which is winning wars.”

In a interview on Thursday, Pentagon spokesperson John Kirby said Secretary of Defense Lloyd Austin was in line with other senior members of the U.S. military who shared their “revulsion” to Tucker’s rhetoric, per Business Insider.

He also said the military is still working on becoming “more inclusive, more respectful of everyone — especially women.”

“We pledge to do better, and we will,” Kirby added. “What we absolutely won’t do is take personnel advice from a talk show host, or the Chinese military. Maybe those folks feel like they have something to prove. That’s on them.”

The statement followed a number of high-ranking officials taking to social media to slam Tucker for his disparaging comments.

“Thousands of women serve honorably every day around the globe,” tweeted General Paul Funk. “They are beacons of freedom and they prove Carlson wrong through determination and dedication. We are fortunate they serve with us.”

Lieutenant General Theodore D. Martin posted, “Women lead our most lethal units with character. They will dominate ANY future battlefield we’re called to fight on. @TuckerCarlson’s words are divisive, don’t reflect our values. We have THE MOST professional, educated, agile, and strongest NCO Corps in the world.”

“Just a reminder that @TuckerCarlson couldn’t be more wrong,” said Major General Patrick Donahoe alongside a video of him “conducting a re-enlistment for one of the tens of thousands of women who serve in our Army.”

Command Senior Enlisted Leader of United States Space Command, Scott H. Stalker, who has served the country for 28 years, shared a now-viral video, where he said Tucker’s opinion “is based off of exactly zero days of service in the Armed Forces.”

“Let me tell you where he’s wrong,” Stalker continued “Those decisions were made by medical professionals and commanders and our civilian leadership that allows women to have more time with their children, to recuperate, to get fit and ready, to take that time that is necessary that our medical professionals know that is needed, which actually makes us a more lethal, and ready, and fit force.”

Keep reading for more reactions, below. 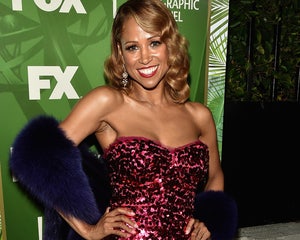 Stacey Dash Apologizes for Past Political Comments, But Twitter Isn't Having It