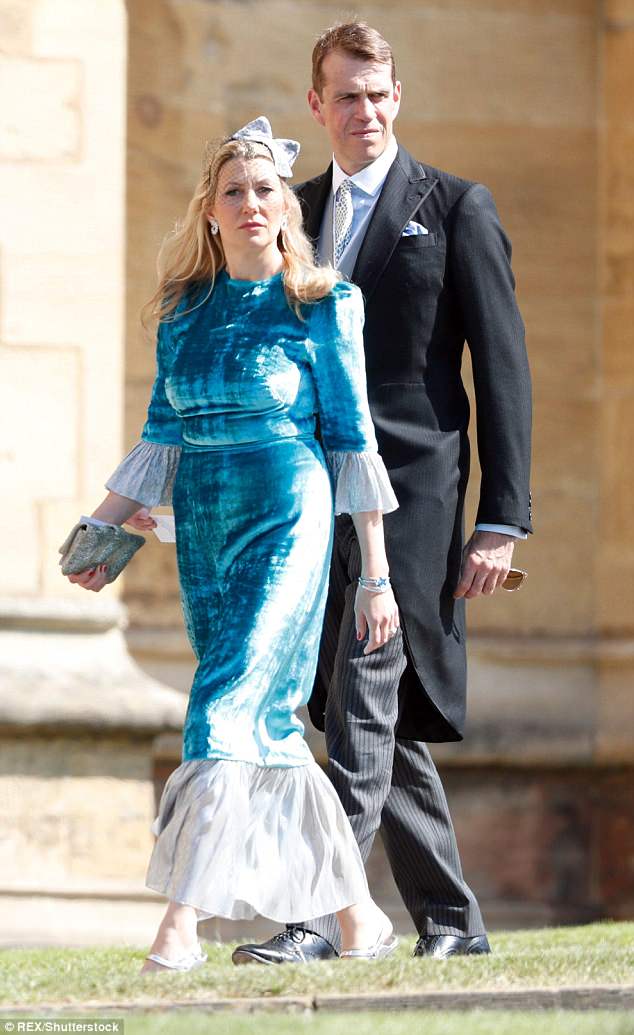 Olivia Hunt, who is one of Prince William’s ex-girlfriends, also wore a Vampire’s Wife dress in pink and silver for the wedding, featuring the same frilled sleeves and ruffled hem.

Vampire’s Wife has quickly become a celebrity favourite since being launched by fashion designer Susie Cave – the wife of musician Nick Cave – in 2014.

The label has been seen on a host of stars, including Alexa Chung, Sienna Miller and Daisy Lowe.

The brand has a clear signature style, which Susie has previously described as ‘Little House on the Prairie dresses gone luxe’. 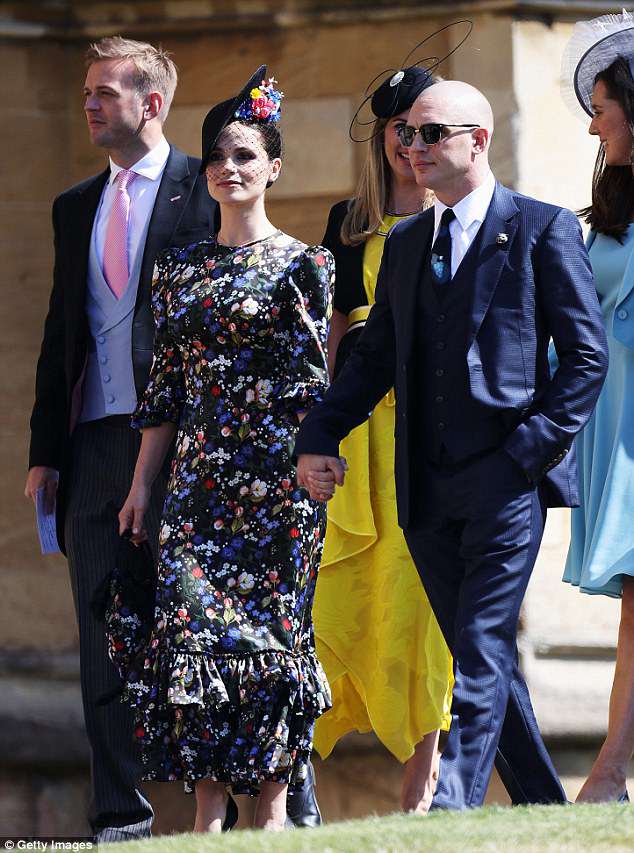 The Vampire's Wife The Forget Me Not Festival Dress

Hot new fashion label, The Vampire’s Wife has been hugely popular among a-listers over the last few months. A whole host of stars including Sienna Miller and Alexa Chung has been spotted wearing statement pieces from Susie Cave’s fashion house so it’s no surprise that one of her designs made an appearance at the royal nuptials!

Peaky Blinder’s star, Charlotte showed off a beautiful, petal -covered number, and styled it up to perfection with a netted headpiece and heels. She looked blooming gorgeous!

If you want to show off some flower power to a fancy occasion over the summer too, you can click right to buy the very same dress now.

Alternatively, browse from one of the similar buys in the line-up below. Florals are totally timeless, so if you find the one right now, we guarantee you’ll be pulling it out of the wardrobe for years to come. 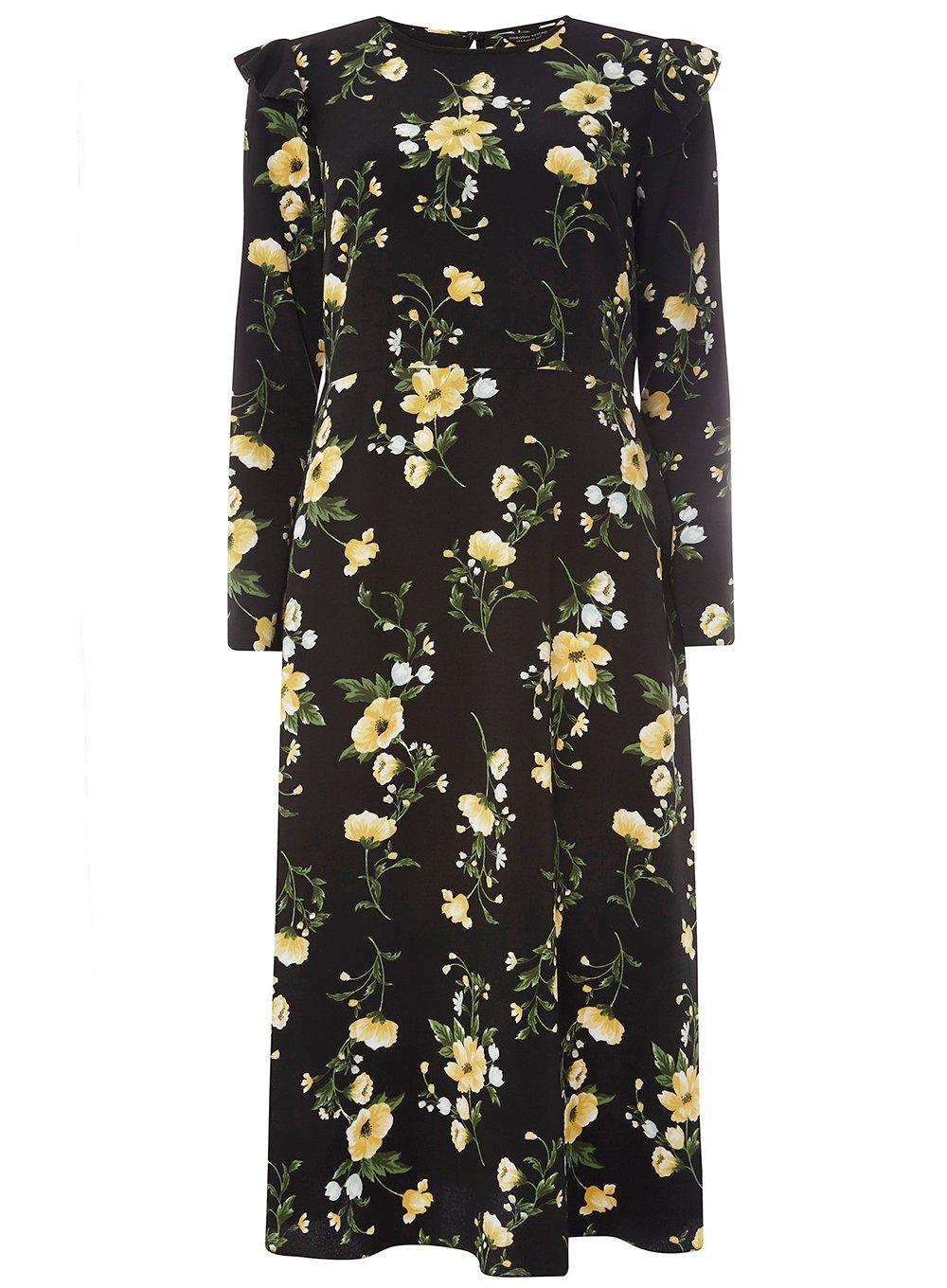 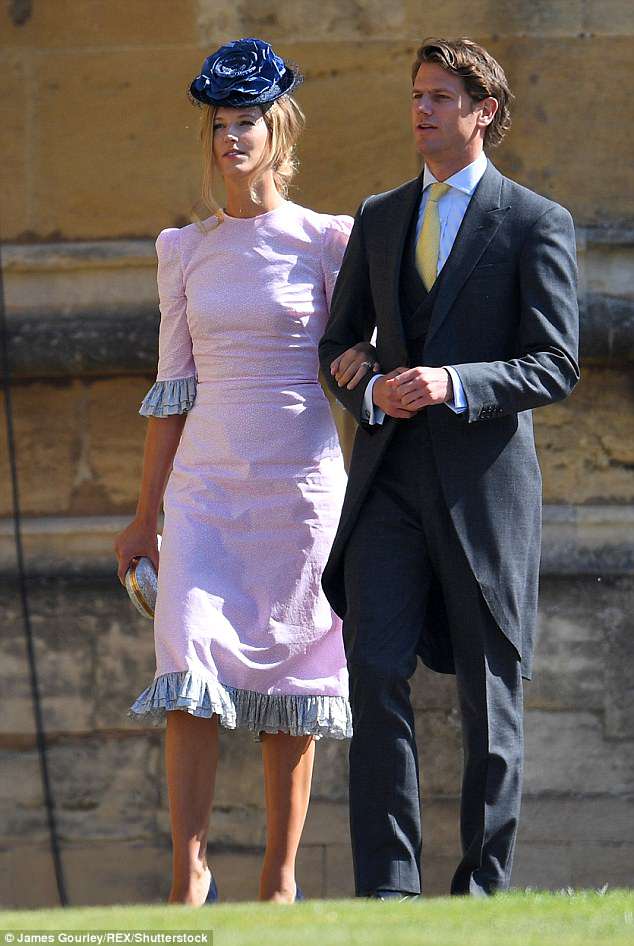 Despite all wearing dresses featuring the same silhouette, all three guests wearing Vampire’s Wife showed how the brand’s dresses can look very different.

Sara, the wife of Tom Parker-Bowles, paired her striking velvet dress with a co-ordinating silver fascinator and matching clutch bag. 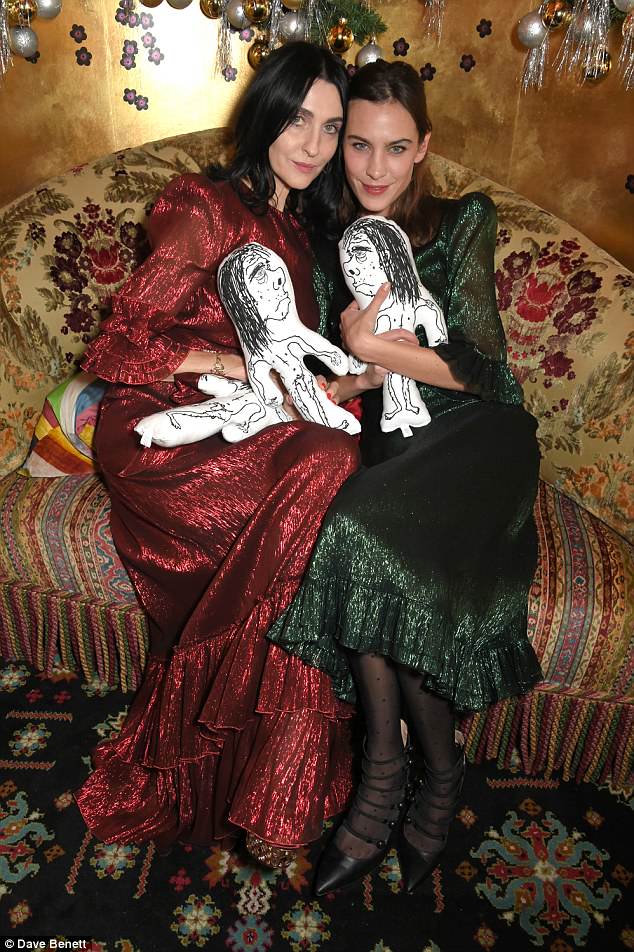 Vampire’s Wife has quickly become a celebrity favourite since being launched by fashion designer Susie Cave (left), with the likes of Alexa Chung championing the brand

Olivia meanwhile wore her pink and silver frock with a stylish navy blue fascinator for the big day.

It comes as Pippa Middleton also chose to wear a trendy British label to the royal wedding on Saturday.

The Fold  is rapidly growing in popularity thanks to a host of celebrity fans, including Holly Willoughby, with the Duchess of Cambridge also previously championing the brand. 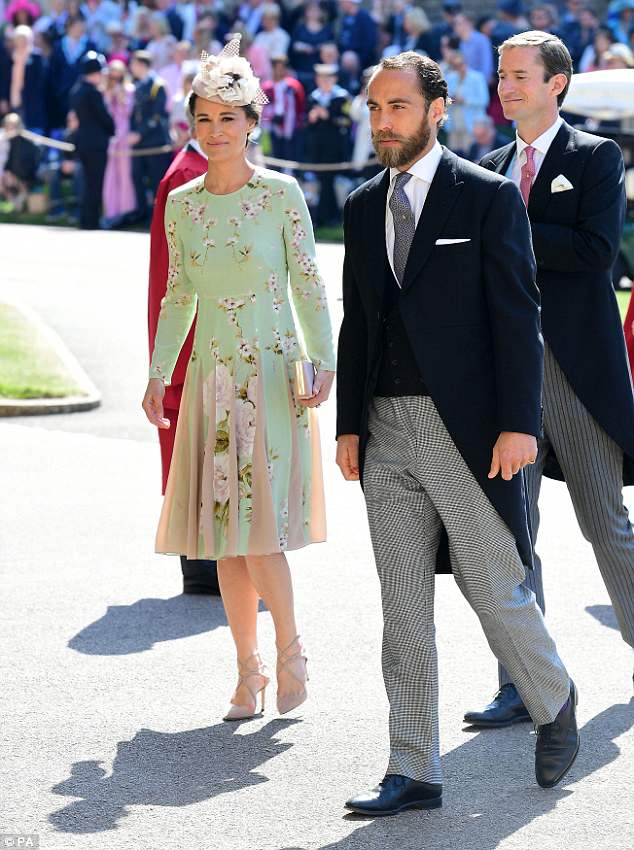