‘Unacceptable’ delay in addressing aged care assaults of 100 per week

Aged care experts have slammed the federal government for "unacceptable" delays in rolling out a promised scheme to address assaults in aged care, as new data shows more than 100 elderly Australians in care are still being assaulted every week.

A report by the Aged Care Quality and Safety Commission tabled with the royal commission into aged care shows there were 1331 reportable assaults – including sexual assaults – in the three months to March 31, a rate of 106 per week. 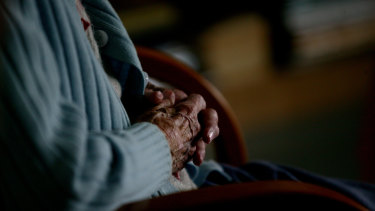 Pressure is mounting on the federal government to take action on assaults in aged care. Credit:Virginia Star

The figures show there was no improvement to residents' physical safety compared with the last available official data, which showed that 5233 aged care assaults were reported to the federal government in 2018-19, a rate of 101 per week.

Joseph Ibrahim, head of the health law and ageing research unit at Monash University, said the federal government's lack of action on the thousands of reports it was sitting on "borders on criminal" and that the true number was likely much higher.

"We think there's a whole lot more that have been written off as falls," he said. "No one wants to deal with it."

Providers were encouraged not to report assaults that would put them "on the radar" of the regulator, Professor Ibrahim said.

He said a normalisation of aggression and harassment in aged care meant people who would normally be outraged by a sexual assault against a university student could turn a blind eye against the same behaviour being perpetrated against an elderly resident.

Australian Health Services Research Institute director Kathy Eagar said it was "completely unacceptable" that the government had not yet implemented the Serious Incident Response Scheme, which it promised a year ago but will not be up and running for at least nine months.

"The government has been outsourcing its duty of care for older Australians to private providers for the last 20 years … quite deliberately, with a goal of outsourcing their responsibility," Professor Eagar said.

"We need an ombudsman in aged care and whistleblower legislation, which mandates staff to report assaults if the provider doesn't."

The federal government last year agreed to set up the scheme, recommended by the Australian Law Reform Commission almost four years ago, but has so far only funded a feasibility study – meaning it will not be active until the middle of next year.

Under the proposed scheme, residential aged care providers would be required to manage incidents with a focus on residents' safety and wellbeing and reduce preventable assaults from recurring, with the Aged Care Quality and Safety Commission to be given enhanced regulatory powers.

Neglect, psychological or emotional abuse and inappropriate physical or chemical restraint would all be reportable incidents under the scheme, which would remove the current exemption on reporting attacks by another resident if the perpetrator has a cognitive impairment.

Labor's aged care spokeswoman Julie Collins said the figures on assaults were "absolutely tragic" and called on the Morrison government to "act immediately" and bring forward the introduction of a Serious Incident Response Scheme "to ensure older Australians get the safe aged care services they deserve.”

Aged Care Minister Richard Colbeck announced in June that $23 million would be invested in "a prevalence and feasibility study" on aged care assaults and "to continue investigating the design, implementation and regulation of a worker register", to be rolled out from July 1, 2021.

A spokesman for the minister said legislation to establish the scheme would be introduced into Parliament this year, with the SIRS "due to be operational from July 1 2021."

"Work is under way to fast track its implementation," the spokesman said.