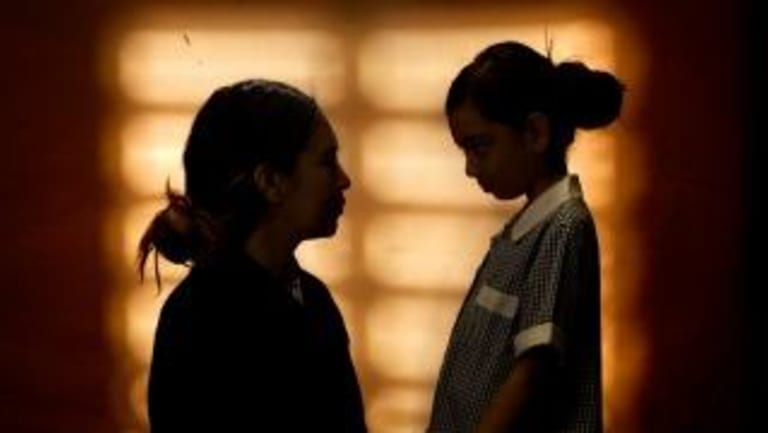 A female asylum seeker in Nauru has made allegations of sexual abuse of women and children by guards working in the detention centre.

It's been reported that an estimated 3,700 migrant children have been separated from their parents as a result of the Trump administration's “zero tolerance” immigration policy, which will also see up to 20,000 unaccompanied children detained on US military bases.

The world is appalled, not only by the warehousing of undocumented children, but by the prospect of them being lost to the immigration detention system. Secret audio of sobbing children pleading with officials for their parents has led to protests at US Immigration and Customs Enforcement offices and outrage across social media.

Denouncements have been swift, but Malcolm Turnbull has yet to weigh in. Unsurprising, given his government's own policy on border security and immigration.

Back in January, in a leaked conversation between Donald Trump and Malcolm Turnbull, the Prime Minister characterised the nation's approach to border security as having informed Trump's own strategy. Turnbull was heard glorifying Australia’s policy of denying entry to asylum seekers who come by boat under the pretence of stopping “people smugglers”.

“[If] you try to come to Australia by boat, even if we think you are the best person in the world, even if you are a Nobel Prize winning genius, we will not let you in,” Turnbull explained.

Trump described this as a “good idea”, adding, “We should do that too. You are worse than I am.”

The Coalition government's immigration enforcement practices include not only “push backs” of those attempting to come by boat, but offshore detention on Nauru and Manus Island.

The media attention around the Trump administration's imprisonment of children has galvanised people, but the barbarity of detention is not unique to this presidency, nor to the US.

Recently, Home Affairs Minister Peter Dutton warned the so-called “hard-won success of the last few years could be undone overnight by a single act of compassion in bringing 20 people from Manus to Australia”.

This statement, mind you, was made on the heels of multiple refugee scandals.

Guardian reporter Ben Doherty, who has covered Australia’s offshore detention extensively, tells Fairfax Media that “on Nauru and Manus there are about 1,500 people (720 Manus, 780 on Nauru)”, and some 150 of those on Nauru are children. Those interned offshore are made to live in squalid conditions and face tremendous psychological distress that will certainly have consequences on their long term wellbeing.

The case of 17-year-old Hamid, held on Nauru since the age of 11, reveals the utter contempt that the Australian government has for those held offshore.

The Guardian reported in May that Hamid suffers from suicidal ideation, and has begun to “deteriorate after several years in detention and has declined precipitously in recent months”.

There is also the case of a 63-year-old Hazara refugee, dying from lung cancer, who was held on Nauru for five years by the Australian government. Despite requiring palliative care, the man, known as Ali, was denied entry to Australia by the Australian Border Force (ABF) and Department of Home Affairs.

This week, and only after a relentless solidarity campaign, Ali was finally taken to Brisbane for end of life support.

Kon Karapanagiotidis, CEO and founder of the Asylum Seeker Resource Centre (ASRC), spoke to Fairfax Media regarding what he described as being “incredible parallels between what's happening in the United States and Australia”.

For 17 years ASRC has been a tireless advocate for the rights of immigrants and asylum seekers, and during this time the organisation has come across thousands of children, many of whom are suicidal and deeply traumatised by their time in detention.

Karapanagiotidis explains that in some cases when children are asked for their names they instead give their boat number, and even refer to adults as “guard”.

Karapanagiotidis, who is also a lawyer, social worker, and teacher, says that Australians have the ability to get involved and disrupt the systemic abuse of refugees.

“Start conversations around humane alternatives to detention and deportation, get involved with organisations like ASRC, and ask politicians why they support [what's happening to immigrants and refugees]. Our compassion is powerful.”