Usher Shares First Photos Of His Newborn Daughter on 'Ellen'

Usher and his girlfriend, music industry executive Jennifer Goicoechea, welcomed their first child together on Sept. 24 in Los Angeles. 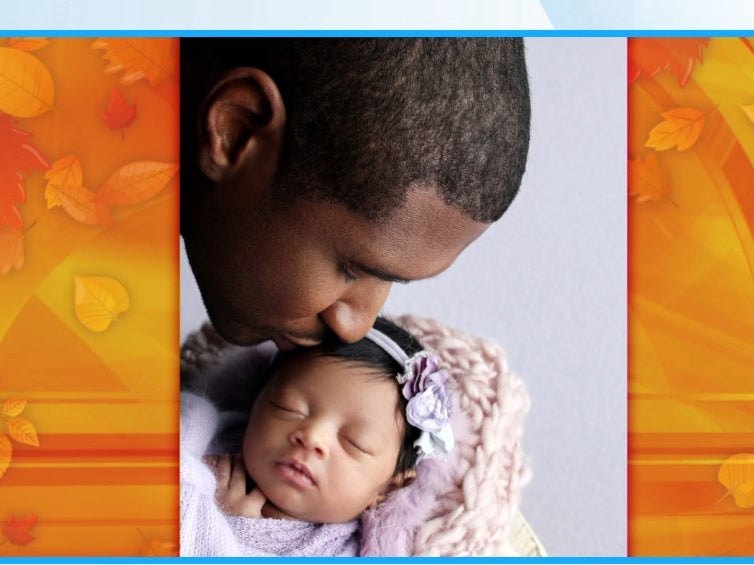 On today’s episode of ELLEN, Usher stops by to reveal a first look at his daughter and share details about his newest adventure in fatherhood and her arrival into the world.

“She came out early,” Usher told ELLEN. “She was scheduled to be a Scorpio but decided she had a different plan, you know. Libras, you know they kind of have their minds made up about what they want to do. It’s funny because the embulical cord was wrapped around her wrist, so she was pulling the thing like, let me outta here, it’s time to go.

Usher also admittied that his “cool dad” charm was wearing off a bit with his two sons Naviyd Ely, 11, and Usher V (a.k.a. Cinco), 12, with ex-wife Tameka Foster.

“As they get older, I’m less cool of a dad, so you know I’m starting this cycle all over again,”  the singer told ELLEN. “I’m kind of the apple of her eye right now.”

Ellen also asked Usher about how much his mother was enjoying finally having a granddaughter.

“So my mom, with all of the kids, she gives them their own rooms,” said Usher. “So Usher has his room. My brother, his daughter Star, she has her own room, and my son Navyid has his room. So I’m like, well mom, you kind of out of space, what are you gonna do? She’s like, oh no no no no, she’s gonna have a room; she’s just gonna take your room. Now she’s kicked me out. I’m sleeping on the couch and Soverign she now has my old bedroom.”

Watch the full interview today on The Ellen Degeners Show at 4pm EST on NBC.