Was The Ending Of ‘Maniac’ Real Or Fantasy? Some Details Are Messing With Fans’ Minds

Making your way through Netflix’s new series Maniac can really mess with your mind. Over the course of its 10 mind-bending, reality-jumping episodes, both the characters and viewers begin to question what is real and what is fantasy, so when the show finally reached its conclusion, some fans were still left wondering whether what they just saw was actually happening or not. Of course, this leads to the unavoidable question about a show of this nature: Was the ending of Maniac real or fantasy? Some fans think that certain details within that final episode actually paint a much bleaker picture than things appear.

Spoiler alert: This post will discuss plot details from throughout Maniac, so don’t read on unless you’ve already finished the series. In the last couple of episode of Maniac, Annie, Owen, and the rest of the U.L.P. test subjects face the threat of becoming McMurphies, which is the One Flew Over the Cuckoo’s Nest reference that Neberdine Pharmaceuticals use to refer to braindead patients who become trapped in supercomputer GRTA’s simulations forever. Following a medieval fantasy with her sister, Annie even agrees to become a McMurphy and remain within GRTA forever… although she rescinds that deal and is able to escape with Owen soon after. Or is she? Although Owen and Annie seem to have a happy ending together in the real world, some fans cannot help but theorize that they really did become McMurphies and that ending was just another one of GRTA’s simulations.

As some viewers have pointed out on Reddit, the "real world" presented in the Maniac finale includes a bunch of easter eggs from GRTA’s simulated fantasies. The cars that Dr. Fujita and James Mantleray approach in the garage were both driven by Owen in his simulations, the override code in the lab is the same as the Furs By Sebastian code, and of course, the final shot of the series shows Annie’s dog Groucho and Owen’s hawk following the two down the road. But the detail that seems to jump out the most is a name on the sign-in sheet at the mental health facility Owen is checked into. As Annie signs in, you can see the name Wendy Lemuria, a reference to Wendy the lemur. 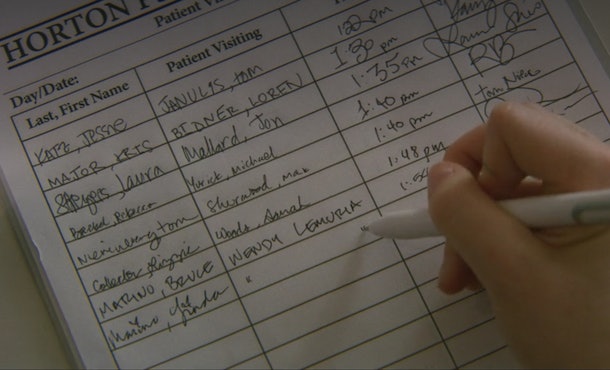 Now, this would seem to be a telltale sign that something is off if there really was a person with that name in this reality, but if you pay attention to the scene, it is clear that Annie actually wrote in "Wendy Lemuria" herself, signing in both herself and Owen with their fake "Furs by Sebastian" names so she could later claim that they both arrived together. However, there is a patient named Yurick higher up on the list, which might be a nod to a character with the same name we briefly saw in Annie’s elfin fantasy.

As some fans point out, you can also explain away all of these easter eggs by arguing that GRTA was accessing components of the real world within Annie and Owen’s minds to craft their fantasies, so it stands to reason that small references to the fantasy worlds would also exist in the real world. And in the end, the show is much more fulfilling if you believe that happy ending is real. Plus, it kind of does not even matter whether Annie and Owen are in the real world or not, since they end up together either way.