What everyone gets wrong about elopements, according to an expert 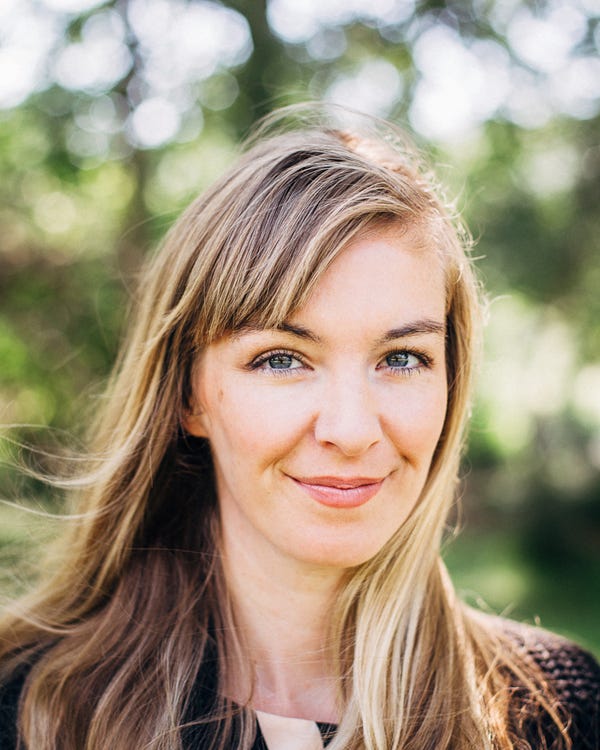 "We had been dating for about a year, which is pretty early to start a company together," White told Insider. The idea for the company was originally Dalley's.

"I came on board, and we named it Simply Eloped. Three weeks later we had our first customer," White told Insider.

Almost four years later, the duo has bases in 20 states and has served over 5,000 couples.

White told Insider that a lot more goes into planning an elopement than you might expect. 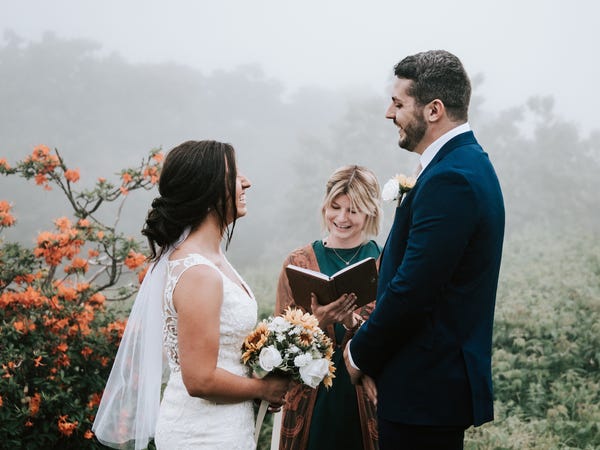 "Your mom and dad and maybe grandparent might view elopements as a bad thing," White said, with many assuming all elopements are "shotgun weddings" done in a hurry.

"That's not what the modern elopement is. What the modern-day elopement has become is intimate, personal, budget-friendly but high-quality," White added. She also said that elopements often take place outdoors, and "sometimes there's an adventure element to it."

"Mostly it's about the love between the people as opposed to a big showy production," she added.

Couples turn to Simply Eloped for a variety of reasons. 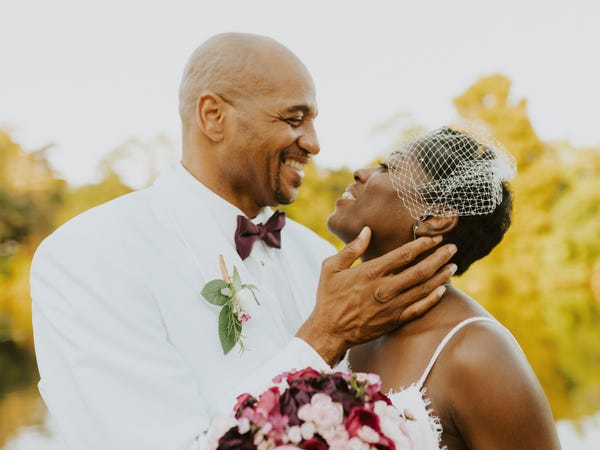 "Some people don't like to be in front of audiences," White said. "We have a lot of introverted customers and I think that that should be OK."

Other Simply Eloped customers are getting married for the second or third time.

"We get a lot of people who have so much family drama that they don't really feel comfortable bringing everybody together," White added as another example.

A big part of the appeal of elopements is their affordability. 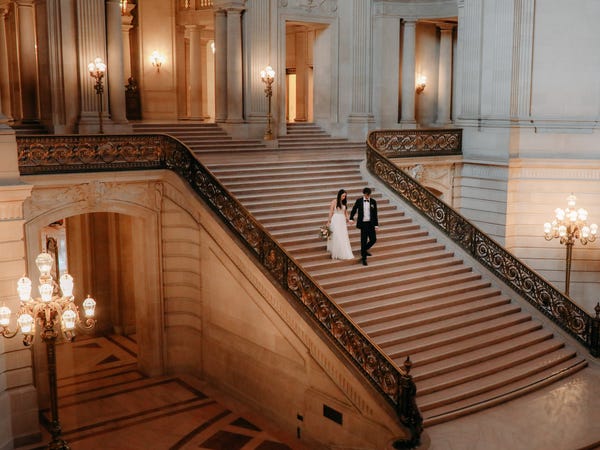 But the packages from Simply Eloped range in price from less than $500 to a little over $1,000.

"Just because you want to include people in your life that are important to you on this really big day, I don't think that should mean you have to go into debt to make that happen," White said.

"Some people want to spend that money on an elaborate honeymoon or a house, so I'm a huge proponent of elopement," White said. 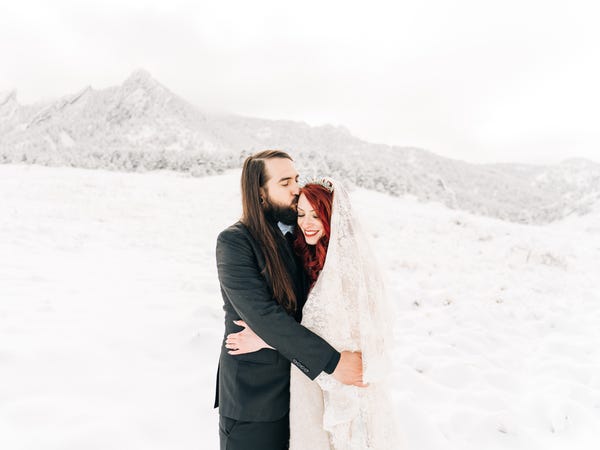 The stereotype is that eloping is a spur-of-the-moment decision for couples, and while quicker marriages do still happen, the majority of Simply Eloped's weddings are planned.

"Our average lead time is between three and nine months," White said, and she added that the company has some clients who book their elopements one to two years in advance.

"82% of what we do is destination elopement," White added, which is why most of her clients plan their events.

"You have to plan for airfare and your hotel and figure out how to get your marriage license," all of which takes time.

Simply Eloped defines an elopement as a wedding with 20 guests or less. 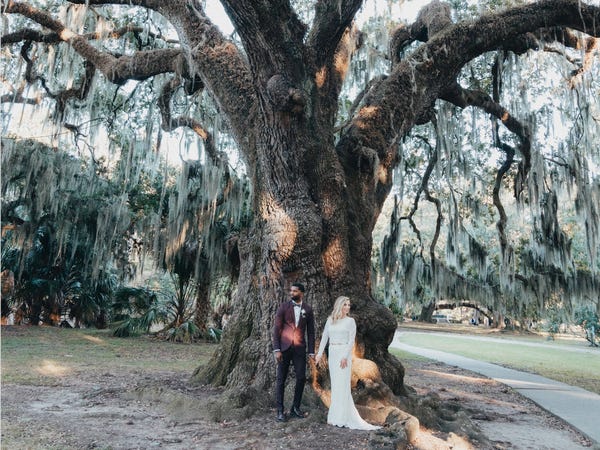 "We do think that your clan should be there. To us, that's an important part of a ceremony," White said.

"If you want your closest relatives and friends to witness this really incredible moment in your life, they should be able to without an additional cost."

"But when you get to have more than 20 guests, you actually kind of need event-related things, like chairs and a sound system," she added, which is why the company has the size limit.

White made it clear that couples who elope can still have custom ceremonies. 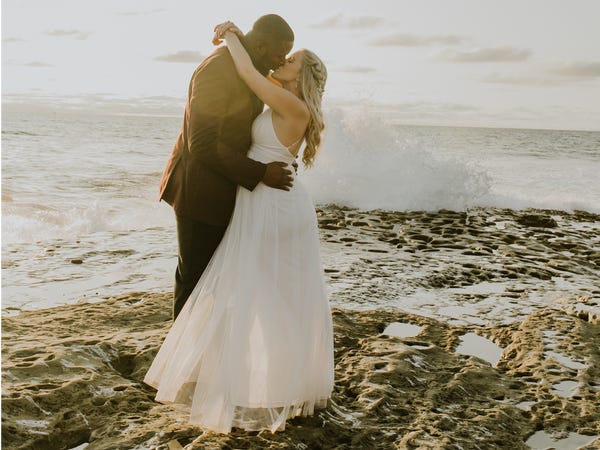 "We do personalize every ceremony," White said, which again highlights how different Simply Eloped's services are from the Vegas elopements of yore.

One way they ensure that personalization is through a consultation call between the officiant and the couple getting married.

"They essentially build the script with the couple, so in that way, I'd say we're not very cookie cutter."

White sees a mix of tradition and originality in the Simply Eloped ceremonies. 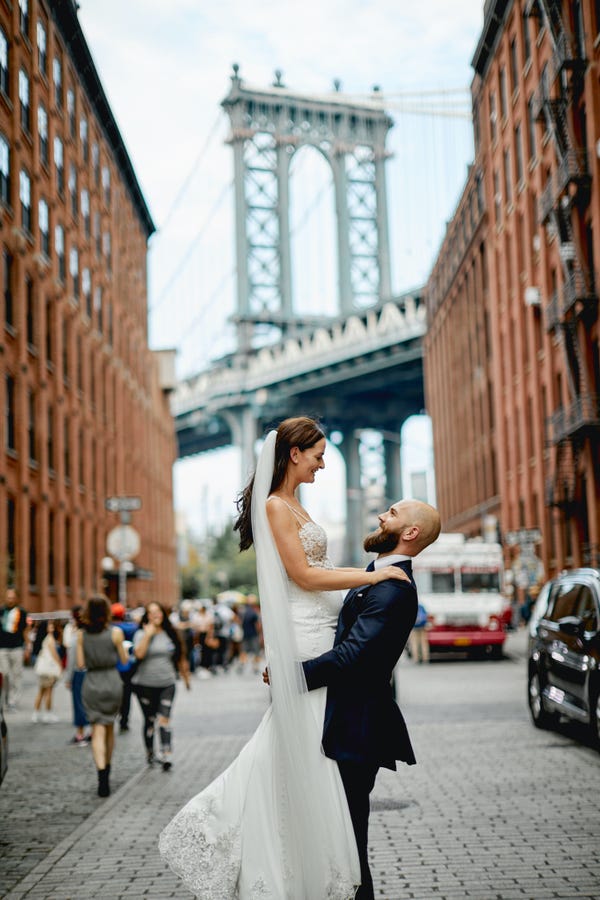 "We do see people break the mold, but more often than not people are wearing the traditional white dress," she gave as an example.

"People still want the vow exchange, the ring exchange, the 'You are now pronounced husband and wife' — kind of the traditional ceremony structure you'd see at a larger wedding."

Those traditional moments often have a fun twist. "I still see fathers walk brides down the 'aisle,' which is really just like a rocky path," White said.

Many of Simply Eloped's ceremonies feature some sort of adventure. 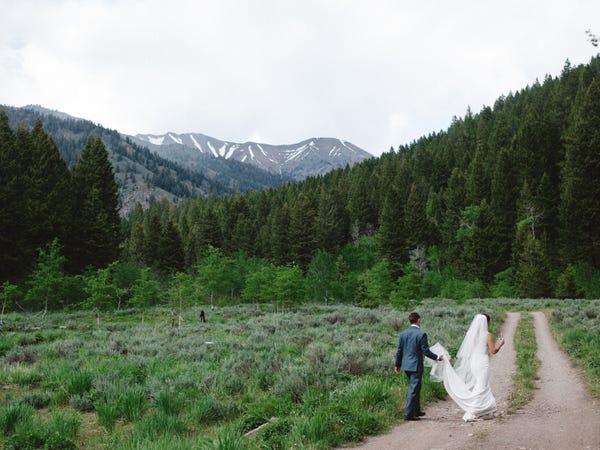 "Millennials are way more in line with experiences than showy productions," White pointed out.

"So one cool thing about elopements is that you're kind of wrapping a honeymoon and a ceremony into one."

Simply Eloped has had clients that swim with sharks on their wedding days, while others take the opportunity to hike or see one of their favorite bands perform.

A lot of couples who come to Simply Eloped want to incorporate their pets into their weddings as well. 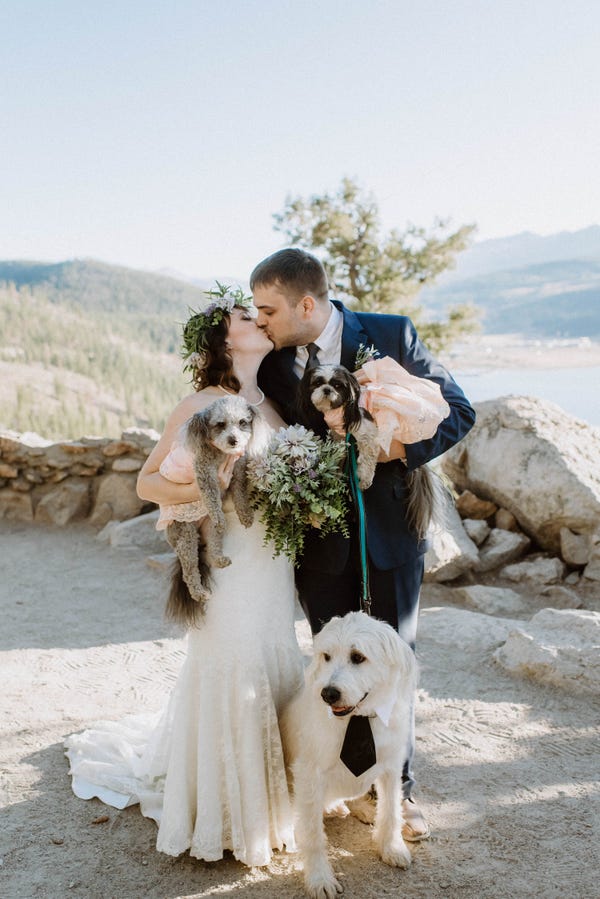 Some people just want their furry friends there, but others go the extra mile with their pets.

"In some states, you're only required to have one witness. So if you have a human witness, your second witness can be a dog," White told Insider.

"We actually had one customer get an ink pad and put a paw print on their actual wedding license," she added.

White also thinks Simply Eloped has been successful because of its inclusivity. 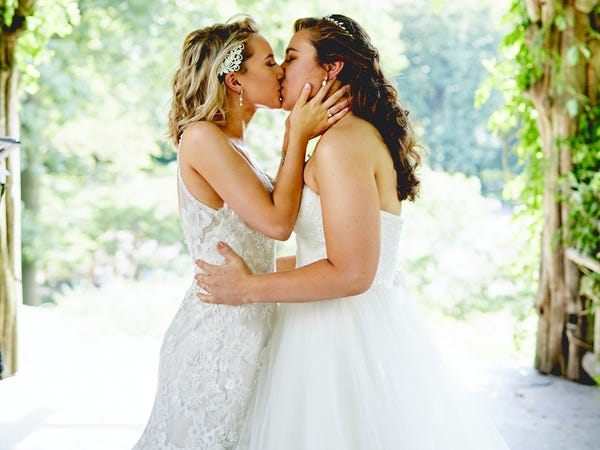 "There's actually a lot of discrimination in the wedding industry," she said. "I still see a lot of vendors that don't perform same-sex ceremonies, which breaks my heart."

"I had one photographer we were interviewing that we did not hire say they needed to see photos of the couple before they took a gig because they needed to make sure that the couple fit with their style for looks, which was just appalling."

White also thinks the high cost of weddings can be viewed as financial discrimination.

"We are hugely welcoming," White said of Simply Eloped. 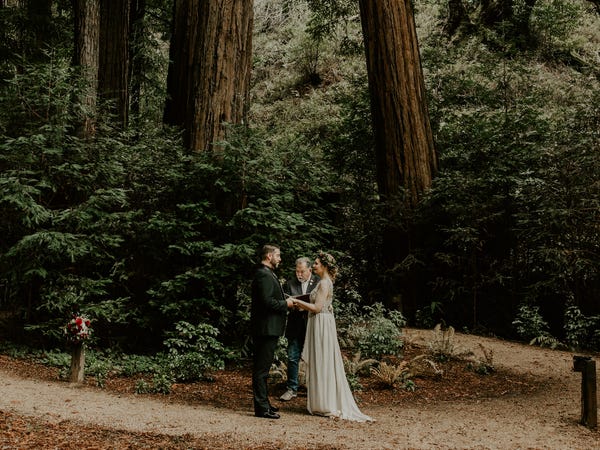 "We don't care if this is your third marriage, or if you're 20 years old," White said.

"We're going to trust you and do whatever we can to make your day as special as possible."

White hopes Simply Eloped can change the way people view what a wedding can be. 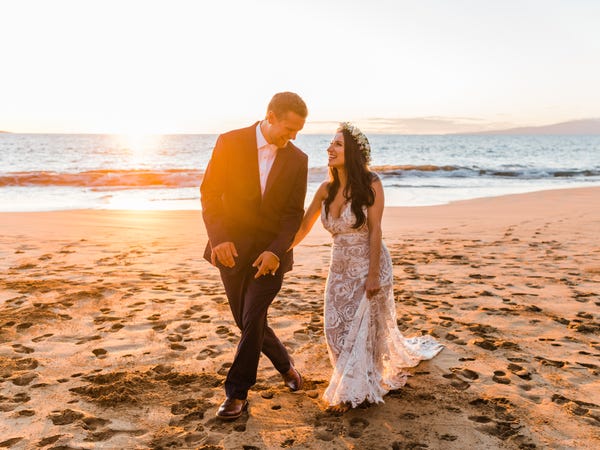 "I feel like when you get engaged the first question is 'How are we going to afford a wedding?'" White told Insider.

"I want the question to actually be 'Do we want to have a large wedding or do we want to elope?'"

"I hope that more and more people know it's a beautiful option, and you don't have to trade anything. You're not trading quality or magic or beauty or intimacy," she added.

You can learn more about Simply Eloped here.