What it feels like… to have a fear of being sick

One of the worst panic attacks I’ve ever had came as a result of seeing someone throw up near me on a train in July 2017.

I was alone on a short journey home after a fun evening with some friends when I suddenly looked around and saw that a man who was sitting across from me had been sick.

My instant thought was that I needed to get away from it as fast as I could. I felt that in some way seeing it happen might make me become ill as well, that I could catch a stomach bug from being near it.

I began stressing so much that I had to quickly rush to get to another carriage as my heart was racing and I felt shaky. That wasn’t enough to get the image out of my head however, and I spent the rest of the journey thinking about it.

The next time I got on a train, I was apprehensive, and I still worry about it happening again even now.

It would be three months after this incident that I’d be diagnosed with emetophobia – a specific fear of vomiting or seeing other people be sick.

I know that most people don’t like being ill, but for me it has become my worst nightmare. In fact, there is not a day where I don’t think about how I can prevent it from happening.

It’s always on my mind and influences so many of my decisions, such as what I can eat and when, as well as causing me to avoid socialising. I get embarrassed to think of the impact that this seemingly irrational fear has had on me.

The first time I ever panicked about being sick was when I was eight years old and I had a stomach bug. I hated the feeling – of course nobody likes it – but I was so scared of it happening again that it caused me to become determined to do whatever I could to avoid it ever repeating.

I had no clue then that this was to be the start of my phobia and that would rule my life for years.

I have only actually been sick a few times in my life, but each time I would cut out the foods that I had eaten that day, vowing to never eat them again.

The last time I was ill – in September 2018 – I got food poisoning from some chicken I had cooked. I don’t know how it happened, and being sick made me feel almost like I’d failed somehow. I spent weeks after it sticking to plain foods. 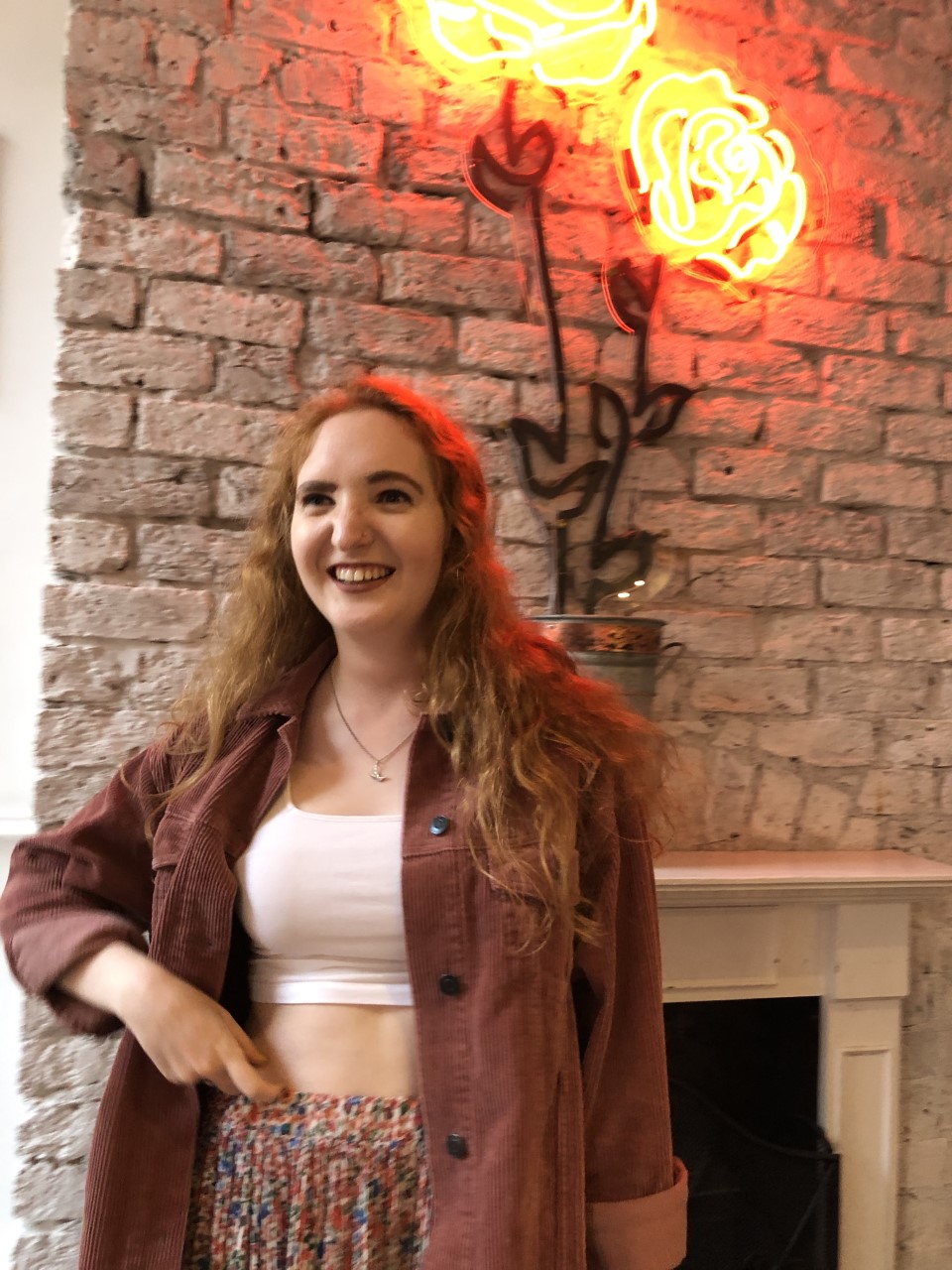 This incident actually led me to swiftly adopt a vegetarian diet, as I felt too scared to eat meat again.

Food has become so strongly associated with fear, and this has led me to stick to the same safe foods that I trust, which can make eating out a challenge. I mostly alternate between similar meals as I get too anxious to try anything new. I also avoid eating anything spicy or strongly-flavoured.

I take so many precautions every day to avoid sickness, including meticulously using hand sanitiser and an obsession with mints and chewing gum – as peppermint has been found to relieve nausea.

Despite my efforts, I still find myself stressing every time I feel the slightest bit nauseous. I find that the anxiety itself can make me feel ill and it’s somewhat ironic that the intense worry that emetophobia creates makes me feel the thing I am most fearful of.

Because I’m also terrified of seeing other people being sick, if I see it on the pavement or on TV, the image stays in my mind and I cannot get it out. I convince myself that I will throw up too.

I realised just how much emetophobia dominated my life when I went to university. When I was 19, my anxiety was at its worst and I stopped drinking alcohol, despite having never been sick because of getting too drunk or feeling hungover.

I had applied to uni with the initial desire to live in halls because I always envisaged myself having the traditional uni experience of a shared flat and going on nights out, but my phobia was too overwhelming to actually do it.

I couldn’t risk seeing someone throw up, and I avoided nights out and anything that involved alcohol, which made me anxious about living in student accommodation around people who were drinking.

I commuted to uni from home as I was so consumed with anxiety. I used to enviously listen to people’s stories of the fun they were having at pre-drinks and student nights and know that I was missing out, yet I had no clue how to stop how I felt.

At the end of first year, I finally went for drinks with some friends to celebrate finishing exams and decided to join in.

I’d been feeling like I was missing out on fully enjoying university. I realised it was the end of my first year at uni and I still hadn’t gone out.

Nothing bad happened – despite feeling nervous – and I realised just how much I had been missing out on so I began going out clubbing with friends. I still had the fear on my mind, though.

One time, I had a panic attack so I went home on my own as I was terrified that the worst would happen.

The diagnosis came when I was seeking help for an eating disorder in 2017 at the age of 21 and was asked by a mental health professional if I had ever made myself throw up. I responded by explaining it was my biggest fear and then I opened up about how it impacted my life.

Although my eating disorder – anorexia – is not directly a result of the emetophobia, I have found that the fear that it creates around food has worsened it, as well as making it harder to recover.

I am desperately trying to stop seeing food as the enemy during my eating disorder recovery, which is hard when I have a phobia that has prevented me from trying new foods.

When I was told I had emetophobia in the appointment, I was relieved.

I felt comforted to know that I wasn’t alone, and doing my own research showed me that despite the fact that it is something that is so underdiscussed, it is one of the most common phobias in the world.

Getting a diagnosis was a turning point for me. Not only did I understand more about how I felt, but I also got help. I always knew I had a phobia, but I didn’t realise that there was therapy that could help as I’d always felt too embarrassed to tell a doctor about it.

I did Cognitive Behavioural Therapy (CBT) and although this didn’t make the phobia go away, it really helped me to challenge some of the avoidance behaviours I was so reliant on.

I also found that joining a Facebook group for emetophobia sufferers helped me to feel less alone. I realised just how common it is, and that has made me feel less ashamed of struggling with it.

I now eat some of the foods I feared for so many years, and nothing bad has happened. I am still vegetarian, but this is for ethical reasons – whereas before it was a decision that was driven solely by my phobia.

I don’t think emetophobia will ever leave me, but I now feel more hopeful that I can manage it.

I would love to have children one day, but I am terrified of morning sickness, as well as how I would cope if my child was ill. This is something that I often worry about, but I believe that I am in a much better place with it now than when I was at university, so I hope that I can continue to improve in the future.

My main goal is for the fear of being sick to eventually not be on my mind every day.

For something that has such a hold over my life, I still do not actually understand why I am so scared of it and how this fear started.

I would encourage anyone who also struggles with emetophobia to reach out for help. Therapy has really helped me to manage the anxiety, and there is support out there for you in order to stop it from ruling your life.

Although it can feel isolating to suffer with a phobia, it isn’t a choice, and you should never feel ashamed of it.