What the Packer family reveals about Australian culture

Writing a play about one of Australia’s richest families is a sure fire way to attract fierce scrutiny from lawyers.

Playwright Tommy Murphy says he was told plenty of lies while researching his play about the Packers, which opens at Belvoir St Theatre on November 16.

“There are people who have an agenda to tell falsehoods about the Packers,” he says.

“They didn’t ask to change much, which was a surprise,” he says. “I guess because it’s anchored in fact.”

Packer & Sons features an all-male cast and takes place in “rooms where women have been excluded” as it focuses on the relationships between Kerry, his father Sir Frank and son James.

The cast adopts multiple personalities during the show: Josh McConville plays James and a young Kerry, while Nick Bartlett plays Rupert Murdoch and Lachlan among others.

“It’s a play that’s staged on boats, on polo fields,” Murphy says. “Anywhere we need to go with the Packers we basically go: sport and boardrooms and offices.”

One of Australia’s most acclaimed playwrights, Murphy is best known for his stage and screen adaptation of Timothy Conigrave's memoir Holding the Man.

His previous play Mark Colvin’s Kidney portrayed the relationship between veteran ABC journalist Mark Colvin and Mary-Ellen Field, the business advisor sacked by Elle Macpherson for allegedly leaking information about the model that was later found to have been obtained through phone hacking.

Murphy says the Packer dynasty provided an opportunity to explore masculinity and the behaviour of “big bullying men”.

“It’s a very good way of telling the story of alpha males in Australian culture,” he says. “You couldn’t have a greater example of the alpha male than Kerry Packer.”

His research revealed that Sir Frank referred to Kerry as “Dumb Dumb” and his other son Clyde as “Fatty”.

“They were nicknames, but barbs,” he says. “He’s a father that I’m sure believed he was expressing love to his children, but the way that he did it was really tough. He was a very brutal father.”

Murphy says the play has a “complex sympathy” for James’ quest for happiness and love from his father.

“I think if there’s something fresh about what the play offers is the extent to which Kerry was threatened by James,” he says.

But he questions James’ belief, expressed in a television interview, that people would trade places with him.

“That’s part of our fascination with them, isn’t it?” he says. “An envy for them. An envy for what they have. I hope this play makes people consider the greed within themselves.” 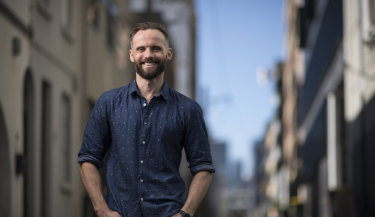 Cramming such a powerful family into a stage show is a sizeable challenge, and Murphy says he heard enough anecdotes to create a “very long night at the theatre”.

However, he decided to narrow his focus to the transfer of power from father to son.

“It’s dramatic because when one generation tries to usher the family into a new era there is inevitably conflict,” he says. “There’s a contest between the old and the new, and sometimes kings are troubled to pass on their crown.”

Murphy deliberately omitted James’ mother Ros and sister Gretel, despite their prominent role as philanthropists and in the social pages.

Murphy says he believes there “absolutely” should be a play about the Packer women “but I’m not the playwright to write it”.

It is also not a play about the controversial Crown Casino taking shape on the edge of Sydney Harbour or James' relationship with Mariah Carey.

Murphy says the Packer family has had an outsized influence on Australian life: “They’ve shaped what entertains us and shaped our news and I think shaped the national character.”

Packer & Sons is at Belvoir St Theatre from November 16 to December 22.