A solid drama about a New York family of Irish Catholic law enforcers, Blue Bloods largely flies under the radar. It's not a production that has grabbed a lot of attention or accolades as it's gone about its business. The 10th season opener demonstrates some of the reasons for the show's endurance. 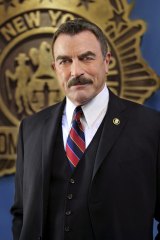 Each adult member of the Reagan family is given a storyline and that makes for an episode packed with plot. Patriarch and police commissioner Frank (Tom Selleck) is called in to work to meet a young woman who's been arrested on narcotics and weapons charges outside a nightclub. She's indicated a connection to the commissioner and he finds that it involves his former partner (Treat Williams).

Meanwhile, detective Danny (Donnie Wahlberg) is caught up in a case involving a psychic and a missing girl. Assistant district attorney Erin (Bridget Moynahan) is prosecuting an assault case and newly married officer Jamie (Will Estes) and his wife, Eddie (Vanessa Ray), are looking for an apartment. Through the episode, each of the Reagans faces a challenging ethical choice.

The final leg of Luke Nguyen's 2000km northward journey across Vietnam sees him travelling from Hanoi to the mountain town of Sapa. It's a strikingly beautiful, verdant region where the main sources of income for the Hmong community are agriculture and salmon farming. Nguyen introduced his 10-part series, in which he rode the "Reunification Express" along a railway line rebuilt after the war, as a "journey of the senses" that would bring together his love of "food, travel and Vietnamese culture". His ease with the country and appreciation of the people and their produce is evident.

A genial, upbeat and adaptable guide, he appears happily at home sitting on a hillside, cooking smoked buffalo meat over an open fire and composing a green papaya salad to accompany it.

Even a leech, attached to his leg during a forest foraging expedition to find botanicals used in a fledgling hand-crafted gin business, doesn't dampen his spirits. Because when you can enjoy rare green turmeric and plump black cardamom pods, life is good.