When married women have unwanted sex, can it be considered rape?

Rape myths centre on the idea that “real” rape only happens a when balaclava-clad monster drags a pretty, white, conservatively dressed, virginal young girl into a darkened alley, and the rape leaves her visibly bruised and crying.

The reality of rape is that it almost never happens like that. Victims can be – and are – every age, gender, colour, background and creed. Their reactions vary as much as their circumstances and it may be that the only useful contribution of Germaine Greer’s book, On Rape, is opening the discussion for women who still love the men who raped them. 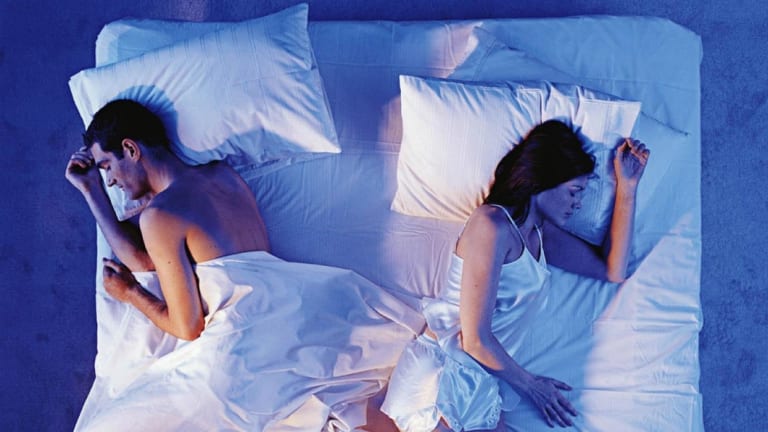 Consent is as much an issue for married women too exhausted to want as much sex as their partners as it is for anyone.

Emma* has been married for 15 years. She says it’s mostly a happy marriage. She and her husband still play sport together, go camping every year and spend most of their non-working hours together enjoying each other’s company.

Once or twice a month they have sex that Emma doesn’t really want to have but says, “I put up with it to keep the peace, and I don’t have to worry about him feeling rejected or upset when we’re trying to have fun.”

Is that rape? Legally, no. Emma does not dispute that she consents to sex she doesn’t want. But it’s certainly not enthusiastic consent.

Jennifer* has also had experience of what Greer calls giving in rather than giving consent. Her husband of six years says he “needs” to have sex nearly every day. “If I say no he doesn’t force me, but he sulks and tells me I’m being manipulative. Sometimes he’ll start something and I just lie there," she says. "As long as I don’t actively stop him, he’ll keep going so we have sex and from start to finish I haven’t even moved.”

Jennifer doesn’t call it rape. Greer would probably call it “bad sex”. It would be interesting to know what Jennifer’s husband calls it.

How does an otherwise non-violent man come to an understanding of his relationship with his wife that includes finding highly regular satisfaction in imposing himself on her unresponsive body? How can he imagine that such uncaring behaviour will not irrevocably damage their marriage as well as his wife? Or is he able to just not think about it at all?

Emma and Jennifer are not helpless victims. Both of them are intelligent, articulate, capable women who have the ability to express their feeling and they both say they do not refuse sex because they are scared of being forced if they say no. They say they don’t say "no" because the emotional ramifications are too exhausting.

Both Emma and Jennifer say exhaustion is often the reason they don’t want sex. They are too tired to say yes and too tired to say no. Neither of their husbands, however, are so drained by the demands of everyday life that they lose interest in sex.

The gendered implications of this are both shocking and at the same time completely unsurprising. Men saying they “need” sex. Women forgetting that they might. Women caring more about their partners’ feelings and needs more than their own. Men so focussed on their own feelings that they don’t notice their partners'. The burden of emotional, domestic and paid labour leaving women too exhausted to say yes or no to sex. Men unable to recognise such burdens exist, let alone see the weight of them. Women feeling both responsible for managing men’s sexual urges and responsible for satisfying them.

Bound up in all of that is the violation, not just of the body but of identity and personhood, inherent in sex that is taken from a partner without thought or care.

Neither Emma nor Jennifer want criminal redress for this regular violation. But they do wish their husbands were not so inculcated to ignore women’s desires that the effort to have those desires recognised is greater than the emotional effort of giving in to unwanted sex.

It’s a shame Germaine Greer’s insensitivity on issues of deep vulnerability so often gets in the way of her ability to start public debates about difficult issues. This is a conversation women need to be having loudly enough for men to hear it and Greer might have been the one to raise the noise level that high.