Whitney Houston Saved Bobbi Kristina From Drowning In Bathtub Before Her Own Death, Doc Reveals

A new Lifetime documentary reveals the shocking untold story of how Whitney Houston saved her daughter, Bobbi Kristina’s, life just one day before she passed away herself.

The parallels between Whitney Houston and her daughter, Bobbi Kristina Brown’s, deaths are outlined in the new Lifetime documentary, Whitney Houston & Bobbi Kristina Brown: Didn’t We Almost Have It All, which premiered on Feb. 6. Both women died after being found unconscious in bathtubs — Whitney in 2012 and Bobbi in 2015. However, the documentary revealed that Bobbi almost died in the same exact way one night before her mother. In fact, it was Whitney who saved “Krissi” from drowning.

The women attended a party at Tru Nightclub on Feb. 9. They returned to their hotel around 2:00 a.m on Feb. 10 when the near-drowning occurred. “I’ve never said this to anybody. I’ve never, like, wanted to even talk about this to anybody,” Bobbi Kristina’s friend, Shawn McGill, said in the documentary. “But, like, later that night, Krissi stayed by herself. She ends up going to take a bath, and she put her headphones in and was laying in the tub. She fell asleep.” 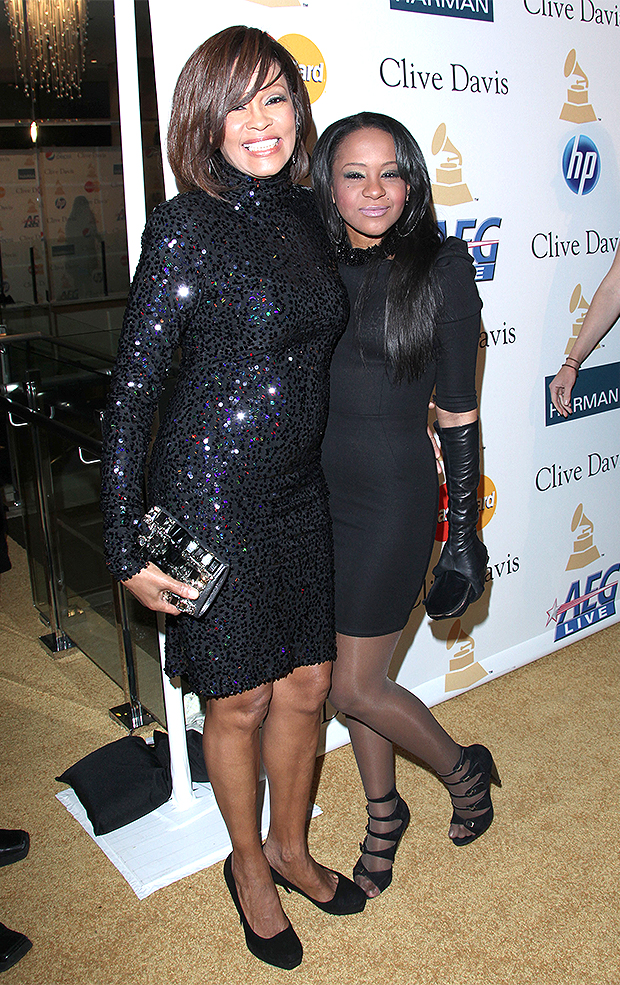 Whitney’s goddaughter, Brandi Boyd, further explained how Whitney came to discover her daughter, who was just 18 years old at the time, in the bathtub in the middle of the night. “Whitney said that God told her to go check on Krissi,” Brandi explained. “Her mother was literally her savior. If my godmother had not walked in that bathroom the very second that she did, Krissi would have died.”

Whitney filled Shawn, along with close family friend, Nick Gordon, in on the incident the next morning. “[She]’s like, Krissi almost died last night. Shawn and Nick, like, you guys need to stay away from the water,” Shawn recalled. “Get away from the water. That water is evil.”

Unfortunately, it was Whitney who fell victim to the water just one day later. On Feb. 11, Whitney was found unconscious in the bathtub of her own hotel room at the Beverly Hilton. She was meant to attend Clive Davis’s pre-Grammy party that evening, but was pronounced dead at 3:55 p.m. Whitney’s official cause of death was accidental drowning, with heart disease and cocaine as contributing factors. There were various drugs found in her system. 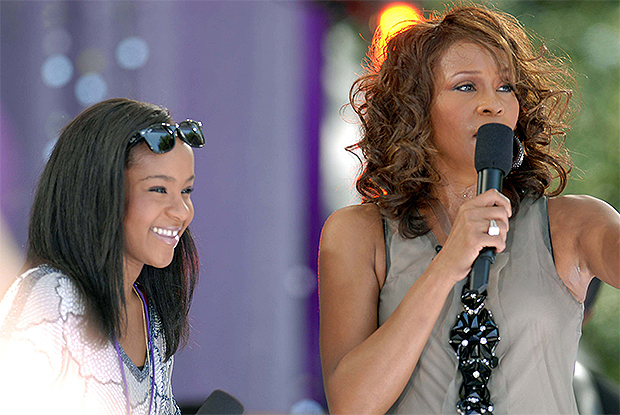 Just three years later, in Jan. 2015, Bobbi Kristina was found unconscious in the bathtub at her home in Atlanta after a night of hanging out with then-fiance, Nick Gordon, and two other friends. Krissi was rushed to the hospital and placed in an induced coma, where she remained for the following six months. She was taken off life support in July 2015 and died at the young age of 22. Sadly, Bobbi Kristina’s death has been labeled as ‘undetermined,’ as the Medical Examiner’s office was unable to clarify whether the underlying cause — “immersion associated with drug intoxication” — was intentional or accidental.

The parallels between Whitney and Bobbi Kristina’s deaths remain haunting even six years later. Now, the new revelation that another bathtub incident occurred even before Whitney died is even more eerie.