Who Was The Real Bessie Smith From Netflix’s ‘Ma Rainey’s Black Bottom’?

In Netflix’s new film Ma Rainey’s Black Bottom, Viola Davis stars as the heavy makeup-wearing, velvety-voiced, super confident Ma Rainey. Based on August Wilson’s play of the same name, most of the movie centers around thethe legendary “Mother of the Blues” as she spends an afternoon recording a new record with her band—while pushing back at the white men who try to control her and her music.

But Ma isn’t the only blues performer mentioned in the film. At one point, Bessie Smith’s name comes up, and Ma is none too pleased to be compared to her rival in the blues world.

If you’re not familiar with the history of blues music, you might be wondering who was the real Bessie Smith, and what was her relationship to Ma? Here’s what you need to know:

Bessie Smith was known as the “Empress of the Blues.”

She was not only a talented singer, but had the ability to throw her voice from the stage and reach it to balcony seats, according to NPR. She also made a huge impact on the jazz and rock ‘n’ roll worlds.

She was an orphan by the time she was 10.

Both of Bessie’s parents died when she was young, and she and her siblings were raised by their older sister, NPR says. They struggled with poverty, and Bessie sang on the streets as a child.

When Bessie was a teenager, she became Ma’s protégé.

By the age of 16, Bessie met Ma and started traveling with the Rabbit Foot Minstrels, a touring variety show that played to rural populations of the South and Midwest, NPR reports. By age 24, Bessie set out as a solo act, which was risky for a single woman. (Worth noting: Ma Rainey had a husband who traveled with her, per NPR.) 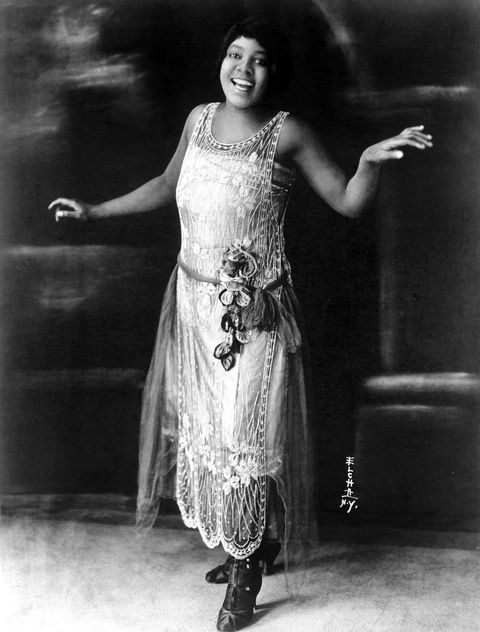 Bessie once bailed Ma out after she hosted a lesbian party.

In 1925, Ma Rainey was arrested in her house in Harlem for having a lesbian party, according to PBS, which notes that they were both part of an “extensive circle of lesbian and bisexual African-American women in Harlem.” Bessie bailed her out of jail the following morning.

Bessie was married, but she had affairs with men and women.

The singer pursued affairs with both sexes when she traveled, according to Collector’s Weekly. She reportedly blew up at Lillian Simpson, her lover at one point, telling her, “I got 12 women on this show, and I can have one every night if I want it.”

She referenced her love of women in some of her songs.

In her song, “The Boy in the Boat,” Bessie sang, “When you see two women walking hand in hand, just look ’em over and try to understand: They’ll go to those parties—have the lights down low—only those parties where women can go.”

This was her first commercial release, per NPR, and it sold a reported 780,000 copies in 1923. This wasn’t the first time people had heard this song—it was covered by several other artists. But there was something about her version, which included the new line, “I got the world in a jug, the stopper in my hand,” that resonated with people. 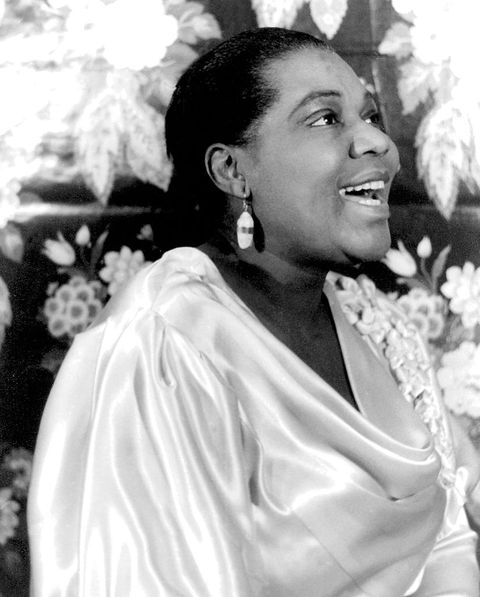 She then went on to sell a ton of records.

Bessie signed with Columbia and, within 10 months, sold two million records. Over the next four years, she sold six million records, NPR says, noting that Bessie became the highest-paid Black entertainer of her era.

She was only 42 years old when she was killed, and her body was buried in Pennsylvania. Bessie’s grave didn’t have a headstone for 30 years, according to NPR. Rock and blues legend Janis Joplin helped buy Bessie’s headstone in 1971, two weeks before her own death. 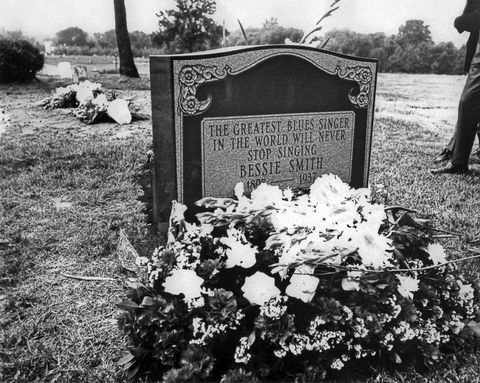 Her headstone reads, “The greatest blues singer in the world will never stop singing. Bessie Smith 1895 – 1937.”