Who’ll find love on our virtual date? This week its Nicole, 34, and Gary, 44, but will romance be on the cards? 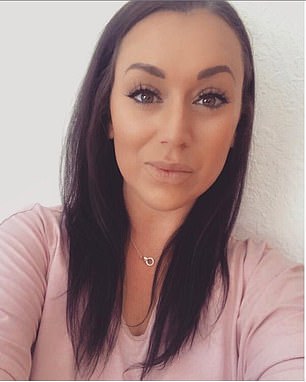 Nicole, 34,  has been separated for five years, with a daughter aged seven

I met my ex-husband when I was 21 and we married when I was 24. I was madly in love and never thought we’d split up.

We had our beautiful daughter three years later, but the relationship broke down and we separated when she was two.

Five years on, I think I’m finally ready to meet someone new.

I’m always nervous before a date, but this time there was extra pressure as I was worried about the video chat working.

I ordered a Chinese takeaway then settled down with a glass of wine before Gary called.

I sense Gary is a friendly guy, although perhaps not my usual type. I tend to prefer men with larger physiques, but I know that chemistry is more important.

He was dressed nicely in a polo shirt. From first impressions, I knew we’d get on.

Easy to talk to?

Separated for five years, with a daughter aged seven.

Somebody who is older than me and ready to settle down.

Family is very important to me. If a man can make me laugh, then that’s half the battle won.

We chatted for nearly two hours, laughing and bouncing off one another. We started joking about our lockdown Netflix binges. Both of us had watched Tiger King and Making A Murderer — we have similar tastes.

It was great to chat to someone new. It felt like an escape from life in lockdown. I’m sociable and I miss going out. Our light-hearted banter was good.

There weren’t really any.

By the end the wine had kicked in and we agreed to maybe meet up. But I know I don’t have a romantic connection with Gary.

That said, he’s a great guy and would make someone a wonderful partner.

The night gave me a boost and reminded me that I can have fun on dates instead of being nervous.

Liked? He was very chatty and open.

Yes, but just as friends.

What do you think he thought of you?

Gary said at the end that he had really enjoyed himself and suggested meeting up.

He told me I had a lovely smile and looked good, which was nice to hear. I said I was missing my hair extensions but had tried my best.

Would you like to take him home to your family?

He would get on with most people I imagine.

My teenage kids live with their mum, and my four-year-old springer spaniel Poppy lives with my ex-girlfriend — we ended things two years ago. Luckily, I have positive relationships with both.

I’ve done some internet dating, but I’ve found a lot of people lie about all manner of things online.

Not really; I was doing the ironing just before our date began. I was worried about the technology working, but it was fine.

I’m a firefighter so there weren’t going to be any candles on the table, but I set it up nicely.

Single for two years, with an 18-year-old son and a 16-year-old daughter.

Someone principled, who gives as much as they take.

I like someone with a glint of mischievousness in their eye. I’m not mad about people shallower than Saharan puddles.

Nicole’s confidence came through straight away — she is an attractive woman with a great smile. She had put her hair up and it looked lovely.

Easy to talk to?

I’m not a fan of small talk, so conversations with me can get deep quite quickly. Luckily, Nicole was up for that. We chatted about everything from politics to the arts.

We talked about our horror at the death of George Floyd in the U.S., and I was interested to discover that Nicole has considered working as a paramedic.

I had to dash to grab my charger at one point, because my phone was running out of battery.

I’m not a big drinker, so I was feeling it after half a bottle of wine. Fortunately, I didn’t embarrass myself.

Liked? Her charm and lovely smile.

I think it would be hard for sparks to fly on a virtual first date, but she’s stunning and made me laugh. I don’t think we were flirting, but then I’m terrible at judging.

I took my kids to see The Phantom Of The Opera in London last year. Nicole loves the theatre but has never seen it, so I suggested we go together after lockdown ends and she agreed.

What do you think she thought of you?

I have no idea. I’m usually the guy who needs a third person to tell me if someone is interested in me. We have texted a few times.

Would you like to take her home to your family?

The acid test for my family is my children, and she would pass with flying colours.