Why thousands are flocking to the soothing, digital rooms of YouTube

Picture this: You’re in the Hogwarts library. Rain falls outside, a fire crackles across the room, and somewhere off screen, quills scribble on parchment. You might look up from time to time to see a book drifting through the air or stepladders moving around on their own. Or maybe, you’ll feel so relaxed, you nod off to sleep.

Welcome to the world of so-called ambience videos, a genre of YouTube video that pairs relaxing soundscapes with animated scenery in order to make viewers feel immersed in specific spaces, like a jazz bar in Paris or a swamp populated with trilling wildlife. 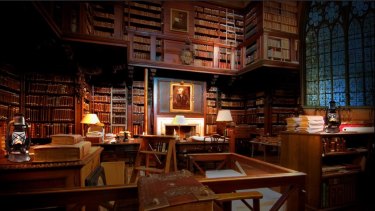 A Harry Potter-themed ambience room, set inside the beloved Hogwarts library, as seen on YouTube. Credit:YouTube

They are part of a long tradition of audiovisual products and programming designed to make a space feel a little more relaxing, a little nicer.

Consider the black-and-white footage of a crackling yule log that a New York television channel debuted on Christmas Eve in 1966 – grandfather to the many digital yule logs available today – or the rise of white-noise machines that fill a room with the sound of crashing waves, chirping crickets or falling rain.

But recently, this genre of video has attracted new fans who want to be transported beyond the same four walls they’ve been staring at for the better part of a year.

“I’ve gotten comments that emphasise how helpful these videos were to them during the pandemic,” said Melinda Csikós, a 33-year-old ambience creator from Budapest, Hungary, who operates the YouTube channel Miracle Forest. “I have a subway ambience, where a person said – from New York, I think – that they weren’t able to take the subway in a year and it was nice for them to listen to this ambience because they like taking the subway and they miss it.”

Lindsay Elizabeth, a freelance copywriter from Central Florida, fell headlong into the ambience genre last year because she wanted to recapture the experience of working in coffee shops. Elizabeth, 31, misses the random conversations she used to have with strangers and the little moments she’d witness, like an engagement that played out on the other side of the window while she was working at a Starbucks.

Of the ambience genre, she said: “It gives you at least a little piece of what we’re missing.”

The genre is a close cousin of autonomous sensory meridian response videos, or ASMR videos, which are meant to evoke the pleasant brain-tingling sensation that some people experience when they hear sounds like hair brushing, nail tapping and soft whispers.

But ambience videos are differentiated, their creators say, by their purpose – not necessarily to give the tingles, but to relax and soothe a viewer by means of an immersive experience.

There’s a video for just about every taste and mood. Library and cafe environments tend to be popular, but viewers can also enjoy the more specific experience of a carriage ride through the woods, a haunted Victorian manor, the RR Diner from Twin Peaks or a full hour of Olivia Rodrigo’s hit single Driver’s License edited to sound like it’s playing in another room during a rainstorm.

Harry Potter videos have become a major theme across the ambience genre. Hogwarts settings strike a compelling balance of being cosy and study-friendly, and they certainly have transportive potential.

“It’s not something you can have in real life. It’s a fantasy, so I wanted to have that fantasy where people can actually spend time in their favourite novels,” said Claire, an ambience-video creator who runs a popular YouTube channel called ASMR Rooms and has many that are Harry Potter themed. (Claire is identified by her first name only because of previous internet harassment.)

“If you go back to my very first video, I literally slapped a fireplace into a Hogwarts common room, and that was it,” Claire said.

Since she uploaded that video in 2015, her fantasy-themed ambience work has gotten a lot more elaborate. She records audio at home and in the wild as much as possible – capturing the sound of pages flipping, or birdsong and rain while she’s out on hikes – and has been building a library of original sounds so that she doesn’t have to license them from a stock catalogue.

She has hired artists to draw indoor scenes for her videos, which she then animates, and she once hired a voice actress with an uncanny knack for imitating Emma Watson to read a script as Hermione Granger. (Recently she noticed people talking about “shifting” in the comments section of her Hogwarts Express video. The term, which has gained traction on TikTok, refers to trying to move oneself into a different reality – often the world of Harry Potter, according to i-D magazine.)

For all the variety in the genre, ambience videos tend to be designed for maximum cosiness, with lots of moody lighting, snapping fireplaces and rain hitting the imaginary windowpanes.

For Sam Ali, a 27-year-old who lives in Ottawa, Ontario, ambience videos have been a key tool for managing anxiety levels that have been “through the roof” since March. A book blogger, Ali likes to throw on an ambience video when she’s settling down to read – a cafe with soft jazz playing, maybe, or the Hufflepuff common room.

“I leave all of my thoughts outside my bedroom door, turn on my ASMR Room, get in bed and read, and completely lose myself in a different world,” she said.

Helle Breth Klausen, a doctoral student at Aarhus University in Denmark who researches digital media, including ASMR, classifies ambience videos as a kind of “self-medicating media.” (She also includes in that category Spotify playlists of soothing sounds and meditation apps such as Headspace and Calm.)

“As soon as you have entered this universe, you don’t have to give it any more thought. There are no sudden sounds. There’s no narrative you have to keep up with in order to be a part of it,” Klausen said. “You know what’s going to happen, and it’s predictable in a very safe and soothing way.”

Ambience videos provide a respite from the “hypermediacy” of the internet, she said – a break from the constant bombardment of ads and emails and the self-inflicted burden of dozens of open browser tabs. (Hypermediacy can be defined as the act of viewing, consuming or interacting with multiple forms of media at once.) Paradoxically, a person has to wade through YouTube’s buffet of suggested videos just to locate an ambience video that will shut out the world.

“I think it’s quite interesting, that the same medium that can make you anxious and stressed out can also bring you back and save you from that very same feeling,” Klausen said.

From coping mechanism to career

Csikós, the ambience creator from Budapest, said she started watching ambience videos in 2013, when she was having a “really bad time mentally” and struggling with anxiety.

“I had them on in the background very often, and I used them to meditate as well, to just shut everything down around me and bring myself into a calm space,” she said.

She created her own ambience channel in late 2013, hoping she could give others the same peace of mind she found. Her earliest videos, many of which she has removed from her channel, had “more generic” themes like ocean and forest settings, but as the years went on, she pushed herself to make videos that were more representative of her taste.

A fan of Guillermo del Toro and Tim Burton, Csikós aims to create spaces that are “a little better than reality,” where magic and monsters exist in daily life. Her aesthetic leans toward the spooky: In December, she released a “Halloween Christmas” video. In her subway station video, tentacles emerge from within a trash can.

“Even if they’re less popular – because I feel like they’re a little weird, so I feel like less people watch them or find them even – I’d like the fewer people who do find them to recognise that, yes, this is my video,” she said.

Csikós was working as a medical translator when she first started making ambience videos, and as her YouTube work gained traction, she started getting commissions for visual-effects and audio-mixing gigs – enough that it eventually became her full-time job. Today, about half of her income, she said, comes from her ambience videos, which she works on for six hours a day on weekdays. One video can require a full week of work. 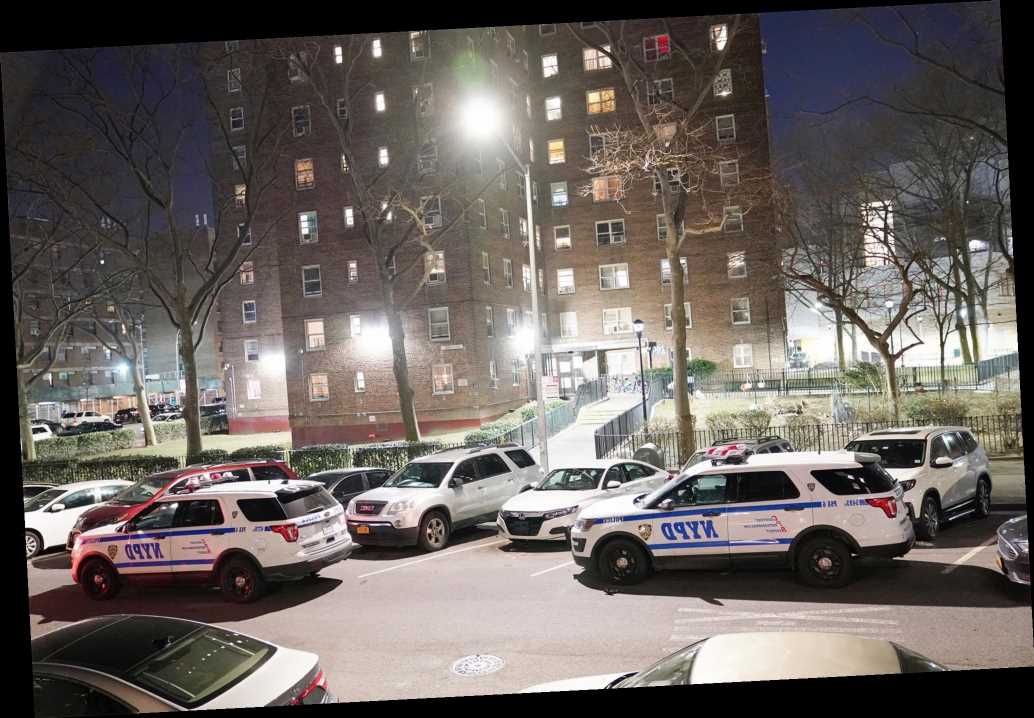