He must be stoked.

Hordes of women were spotted trying to get on Chase Stokes’ radar as he partied with his “Outer Banks” co-stars at Miami megaclub E11even on New Year’s Day following his breakup from Madelyn Cline.

“Girls were trying to get to [Stokes] to party with him and his castmates in the DJ booth and at their table,” an insider told Page Six, adding that Stokes, 29, Jonathan Daviss, Madison Bailey and her girlfriend, Mariah Linney, “drank champagne all night, and [Stokes] was seen with a bottle in his hand while in the booth.”

Although several women seemed to be lusting over him, Stokes had more of an appetite for some late-night bites.

Another source told Page Six that the actor had a “huge order” of burgers and fries brought to the group as they danced the night away until around 3 a.m.

Just days prior to Saturday night’s outing with the crew, Stokes was spotted vigorously making out with a mystery woman at a bar in Orlando, Fla.

She was later identified as 22-year-old Val Bragg after taking to TikTok to shut down trolls who had accused of being the reason behind Stokes’ breakup from Cline.

“I’ve been getting so many hate comments and DMs and people just calling me a home-wrecker and telling me that I’m the reason why Chase and his ex broke up, and that’s not true whatsoever,” Bragg said in her video. “As far as I’m concerned, they’re both single. They’ve been single for, like, over a month or so.”

She added that the kiss was “literally just two drunk people making out” and that she and the Netflix star aren’t dating. 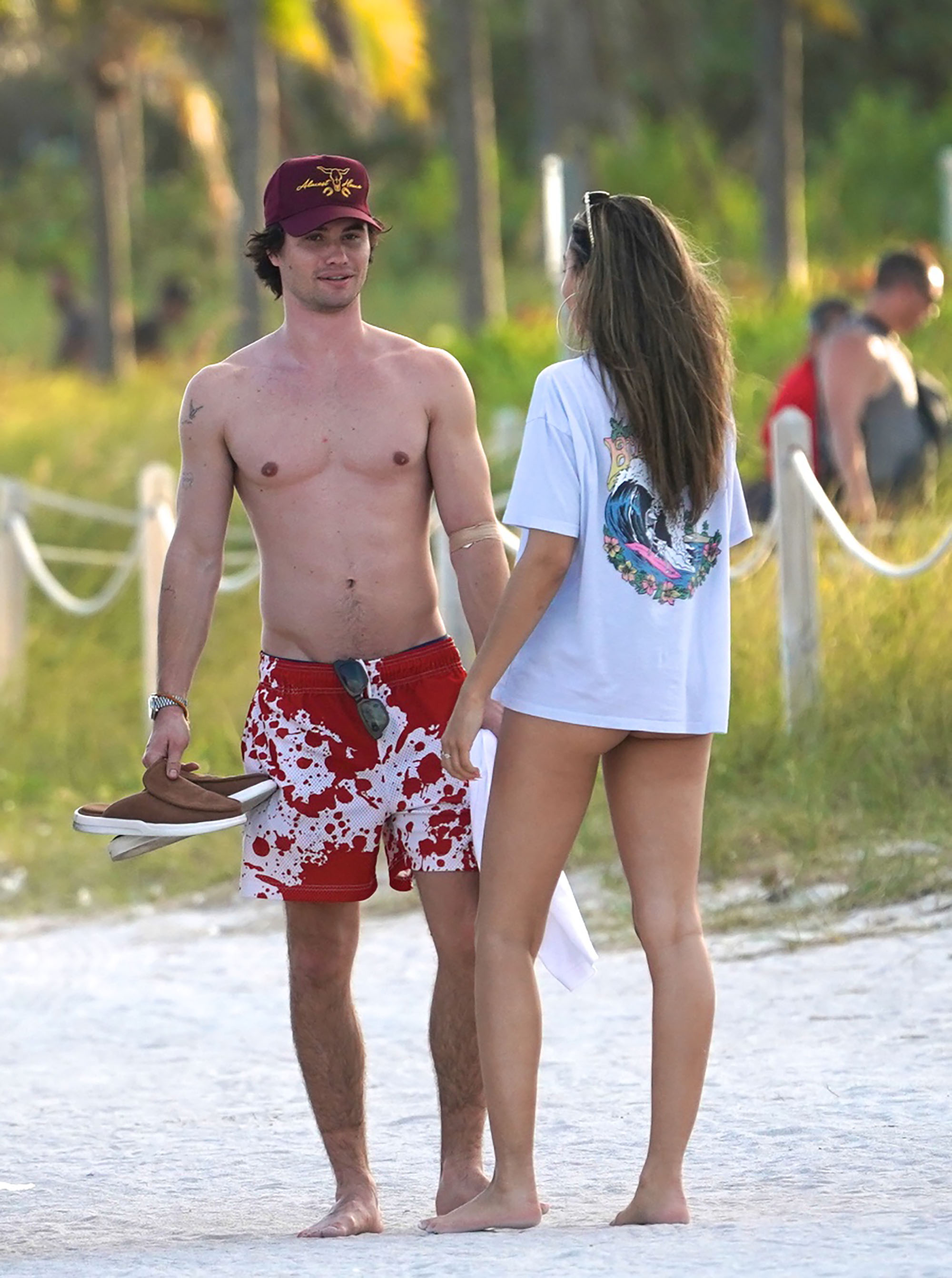 In November, Page Six confirmed that Stokes and Cline, 24, had broken up after more than a year of dating.

An insider told us at the time that “things got rocky between Chase and Madelyn in September, and they were openly talking to friends about the breakup by October.”

The exes began dating in April 2020 after meeting during Season 1 of their show, in which he plays the role of John B. Routledge and she plays Sarah Cameron.