Woman reveals she was inundated with Tinder messages from men… asking about her TOILET ROLL (so can you tell what was bothering them?)

A woman has inadvertently reignited a debate over the correct way to place a toilet roll on a holder – and it’s all thanks to her Tinder profile.

Hana Michels, 30, who is based in the US, included a funny bathroom selfie on her profile on the dating app, and revealed it attracted dozens of messages from men – but not for the reasons she might have expected.

Hana how they’d got in touch not to ask her out – but to inform her she’d positioned her toilet roll incorrectly on its holder.

Hana posted the image on her Twitter account explaining: ‘This is my Tinder profile. I’ve had it for a year. 23 men have contacted me to say I’m incorrect about toilet paper.’ 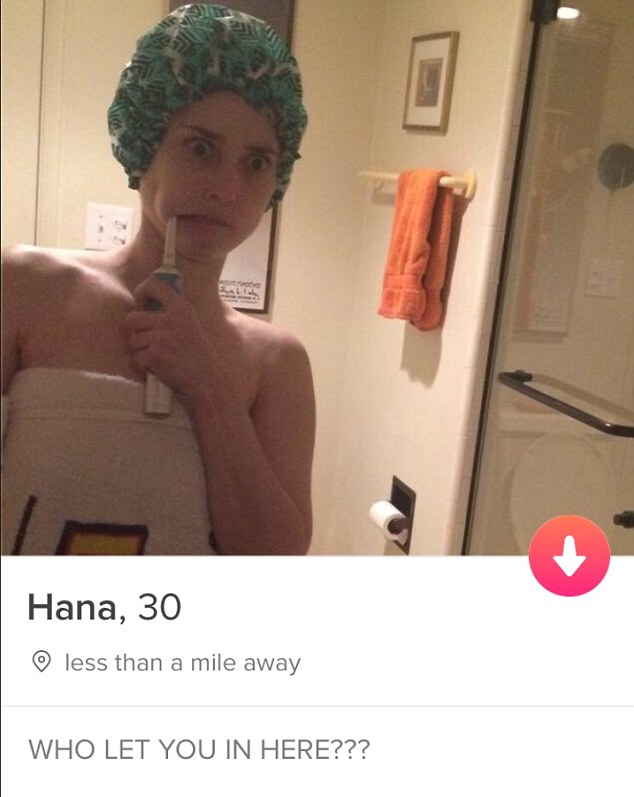 Hana Michels posted a screengrab of her Tinder profile on Twitter, explaining why she had so many men contacting her 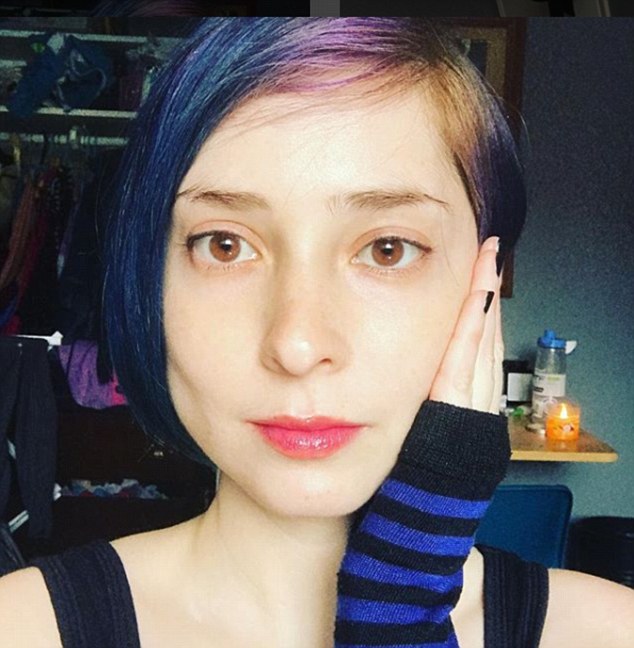 Hana explained that her profile, on which her bio is listed as ‘who let you in here?’, is open to both men and women, but it was only men who contacted her to share their concerns about toilet roll positioning.

They pointed out that it should be facing the other way, so that the paper feeds over the top of the roll – not from beneath.

The Twitter post attracted hundreds of comments, including some from people supporting Hana for taking a stand about the way she liked to hang her roll.

But many others insisted she was scientifically incorrect, sharing various versions of the paper roll holder from H.S Lane that was patented in 1888.

It shows the toilet roll with the paper falling over the top of the roll, rather than underneath touching the wall like Hana’s. 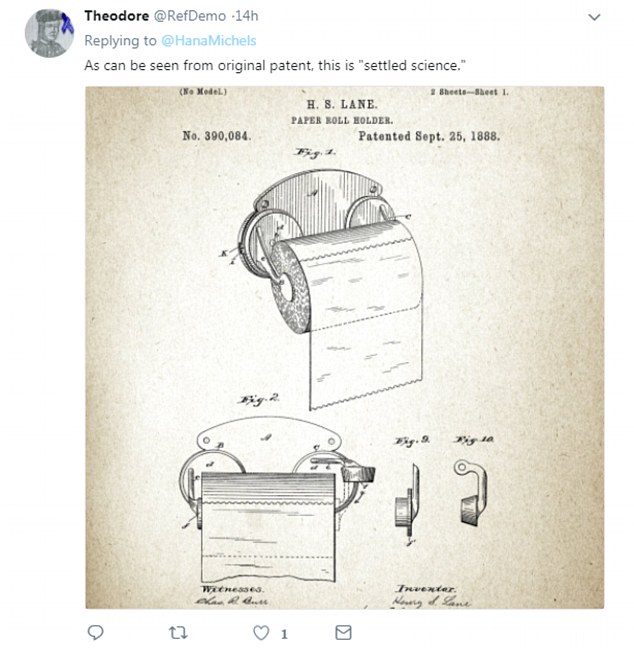 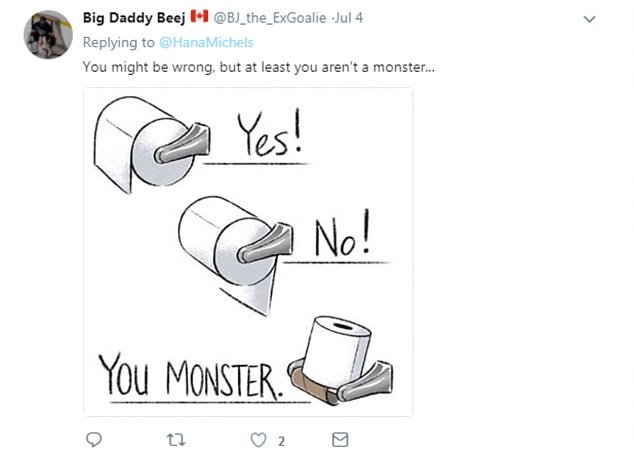 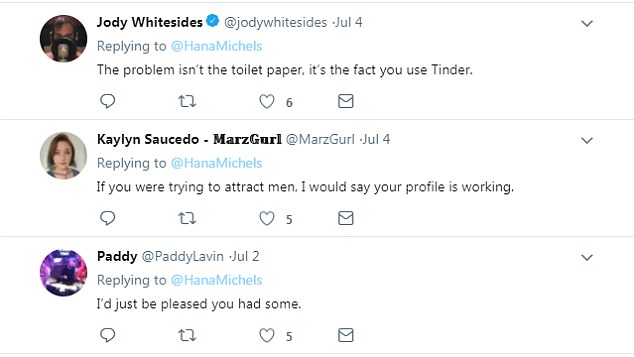 Many social media users claimed Hana was indeed wrong, but others sided with her and one joked they’d just be ‘pleased you had some’

‘As can be seen from original patent, this is “settled science”,’ said one person.

Another simply said of Hana’s picture: ‘So very wrong.’

‘Those men are absolutely right. #Toiletpaper should serve TOWARD the user,’ agreed one woman.

But others were firmly on Hana’s side: ‘They’re all wrong, as well. Solidarity to you.’

‘You have it going the right way. I don’t care what anyone says, the other way is seriously annoying,’ added another.

One even joked: ‘If you are trying to attract men, I would say your profile is working.’