Women share the unsolicited comments they have received from people

Women share the most shocking unsolicited comments they’ve ever received – including a 15-year-old girl who was told she was ‘so fat, you’ll never find anyone to love you’

People seem to love giving advice to others, even if their comments are unwanted and unasked for.

These nuggets of advice can have a serious impact on the people they are given to, leaving them upset and uncomfortable.

Reddit users replied to a thread on the site asking women to reveal the most unwanted or unsolicited comment someone had made to them.

From cat-calling to fat-shaming and even to terrifying stories of sexual harassment, the question was met with a range of replies. 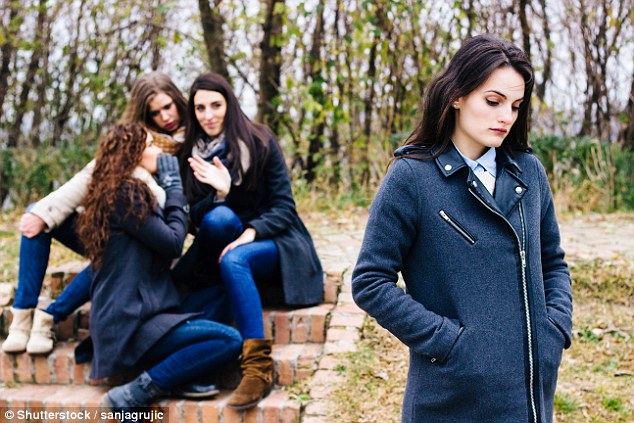 One user shared the chilling story about a coat she used to wear as a young teenager. She said: ‘When I was younger I bought a coat my mum and I nicknamed the ‘honk coat’. Cos I’d always get honked at by cars in it.

‘Looking back it’s pretty horrifying. I’m 30 now and look about 20. Honk coat was a shapeless suede winter jacket I had as an older teenager that probably made me look about 12-14. I didn’t look ‘womanly’ until I left home, and walking down that same stretch of road I stopped getting honked at when I turned about 20.

‘So I only got honked at when I looked 15 and younger.’

Another said: ‘A bartender asked for my ID, then said, “that was a compliment, you’re supposed to thank me”. I walked out.’

Several women shared the sexual harrassment they’d experience with one sharing how she was told: ‘”You shouldn’t wear jeans to work. They’re too distracting to us men” – from the creepy guy almost 3 times my age.’

One of the more shocking stories was from a woman who revealed what her boyfriend said to her after she phoned him during a period of grief.

As well as tales of sexual harassment, the women revealed the times that someone had criticised or commented on their appearance

She revealed: ‘Two loved ones died three days apart, called my boyfriend as a sobbing mess, and he said “At least you sound hot when you cry.”‘

As well as sharing stories of sexual harassment, several women shared the times that a relative or friend made a ‘joke’ about their body weight or appearance.

The jokes, unhelpful advice and backhanded compliments hardly made the women feel good about themselves.

One said: ‘”Jesus. Your face. What is wrong with you?” – stranger lady, grocery store, me with horrible cystic acne at 12 years old.

‘Don’t get me started on the unsolicited advice from complete strangers, including one who told me to have a baby (at 13) to clear out the ”bad blood”.’

Another shared a heartbreaking comment made by her grandmother, she said: ‘”You’re such a pretty and smart girl. Too bad you’re so fat, you’ll never find anyone to love you”. My grandma when I was 15. She thought she was making a motivation comment.’