Workers reveal the craziest reasons why they were sacked

‘I was fired for going to the bathroom too much. I was pregnant’: Former employees reveal the bizarre reasons they were SACKED in shocking confessions

In most workplaces you have to push the boss pretty far to get the sack – but as these confessions prove, that isn’t always the case.

In a new thread published on the secret-sharing site Whisper, workers have revealed some of the truly bizarre reasons they’ve been fired.

Making use of the app’s anonymity settings, disgruntled former employees spared no scathing detail in their tales of unreasonable bosses.

One person claimed to have lost their job because they didn’t call in sick after falling into a coma, while another was told they were spending too long on the toilet.

In a more unsettling case a woman told how she was shown the door by her boss because she refused his sexual advances.

Other workers recalled being fired for having time off to attend a funeral – or even, in one case, for yawning too often. 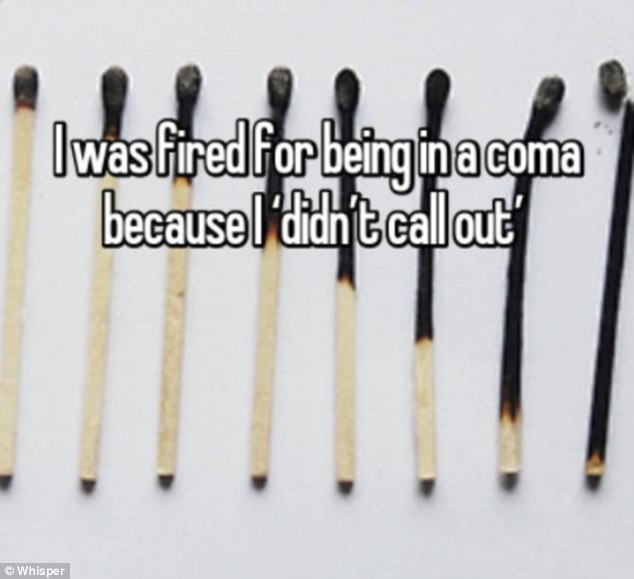 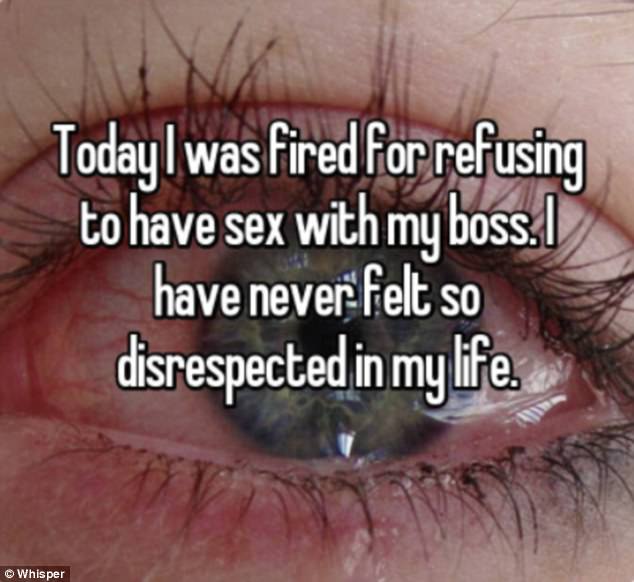 ‘I’ve never felt so disrespected’: This worker claims they were sacked for refusing sex with their boss 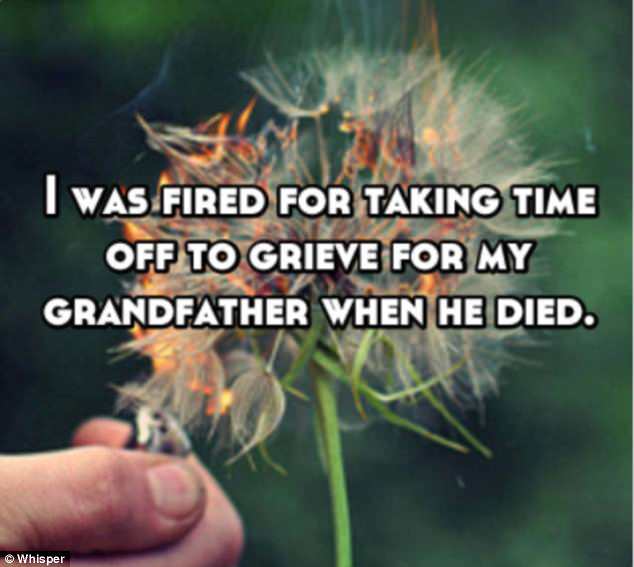 ‘I took the time off to grieve’: This former employee was fired for taking time off after their granddad passed away 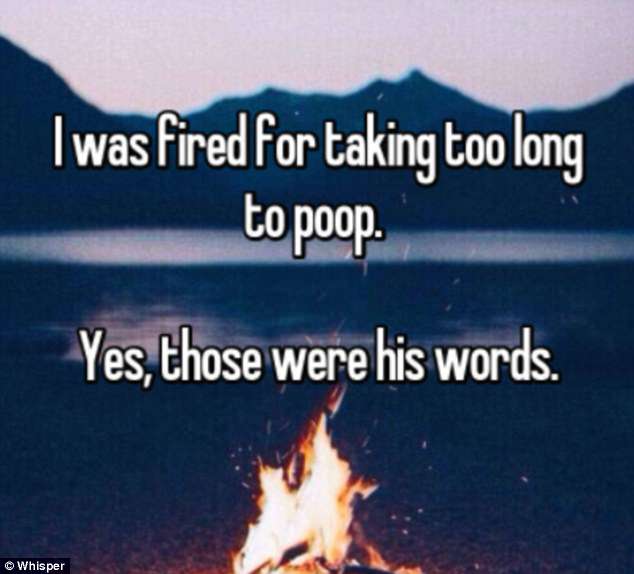 ‘I took too long to poop’: This worker claims they were sacked for taking too long in the toilet 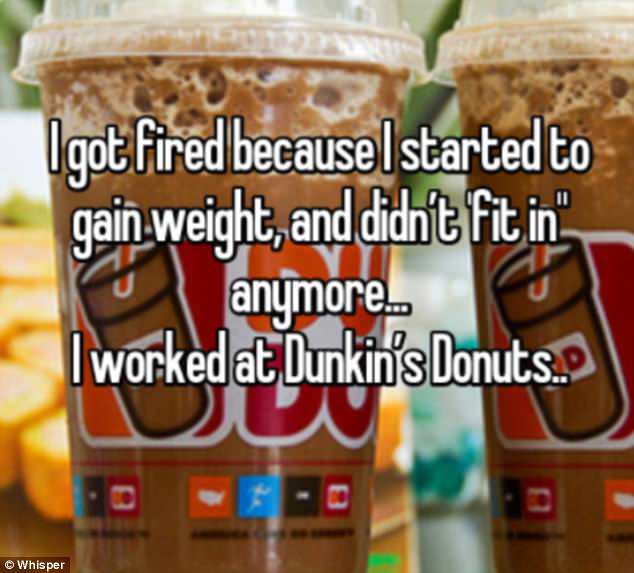 ‘I started to gain weight’: A former Dunkin’ Donuts employee claims they lost their job when they put weight on. MailOnline has contacted Dunkin’ Donuts for a comment 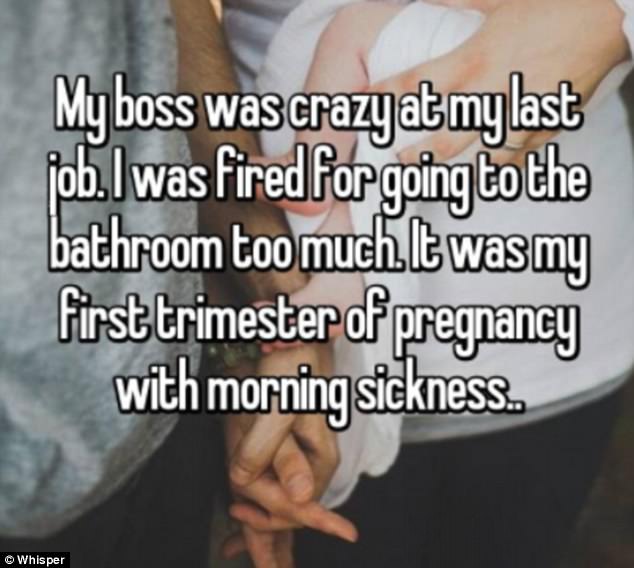 ‘My boss was crazy’: This woman claims she was fired for going to the bathroom too much when she had morning sickness 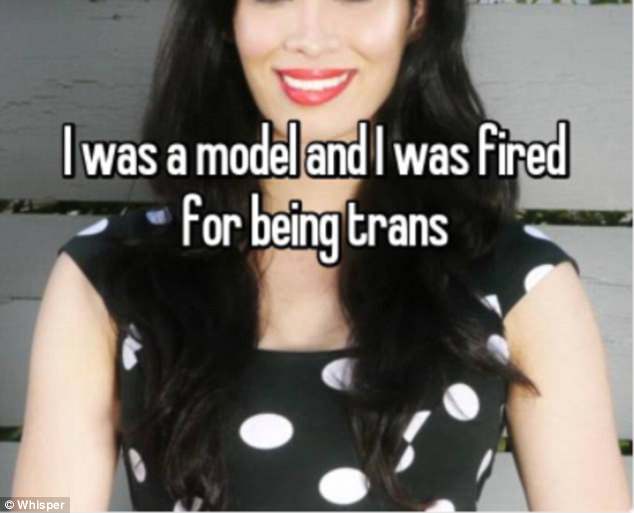 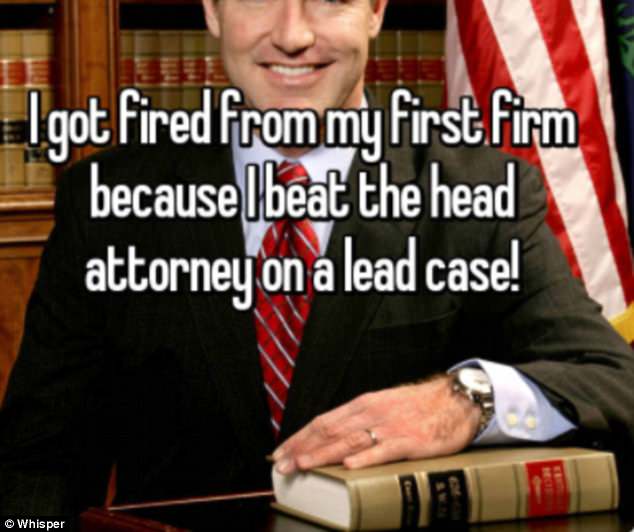 ‘I beat the head attorney’: This lawyer claims they lost their job because they won a case ‘I was fired for sexual harassment’: This person said they were only asking if their colleague was sunburnt 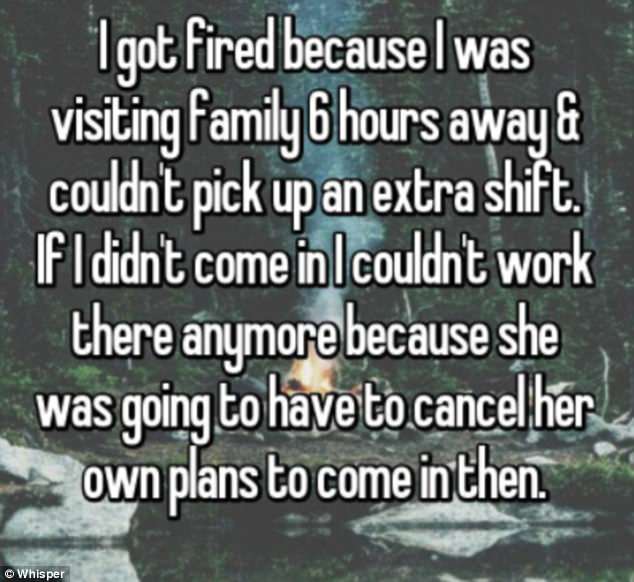 ‘She was going to have to cancel her own plans’: This person was fired after they couldn’t provide emergency cover 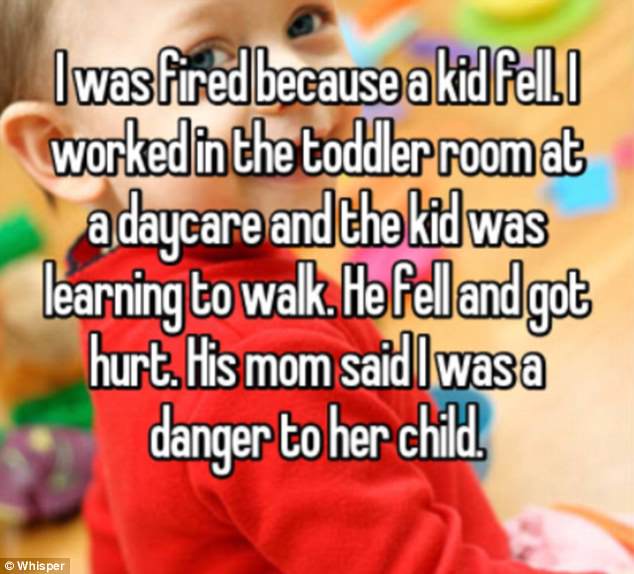 ‘She said I was a danger’: This person was sacked after a toddler in her care fell over while learning to walk 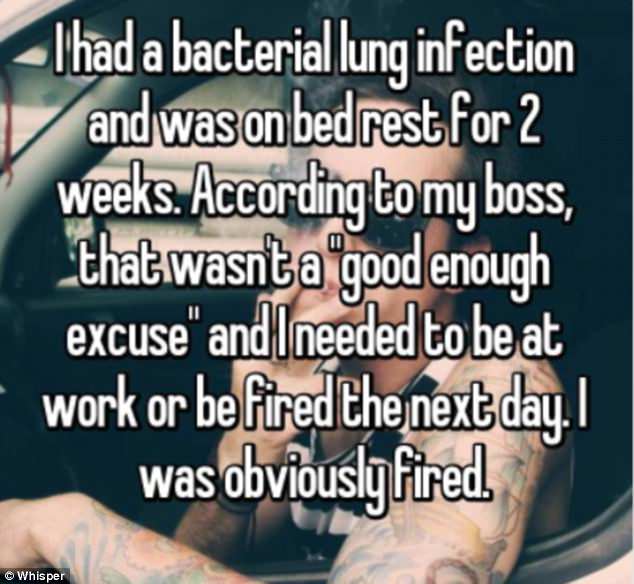 ‘I had a bacterial lung infection’: This person’s boss didn’t think their illness was a ‘good enough excuse’ 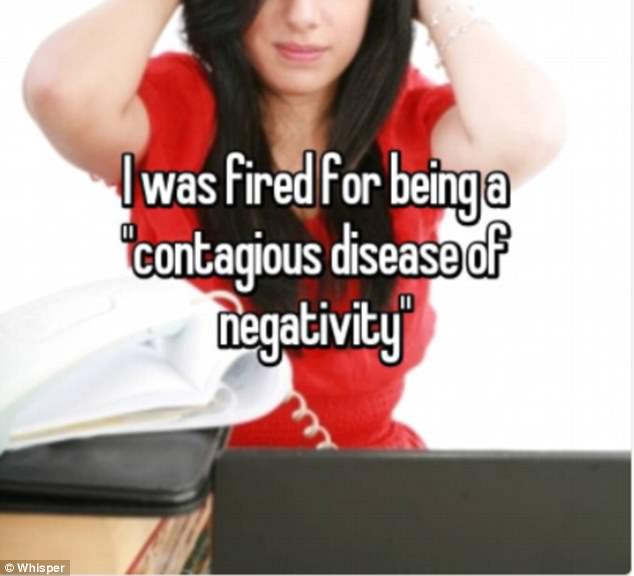 ‘I was fired for being a ‘contagious disease of negativity”’: This person had a bizarre reason for being fired 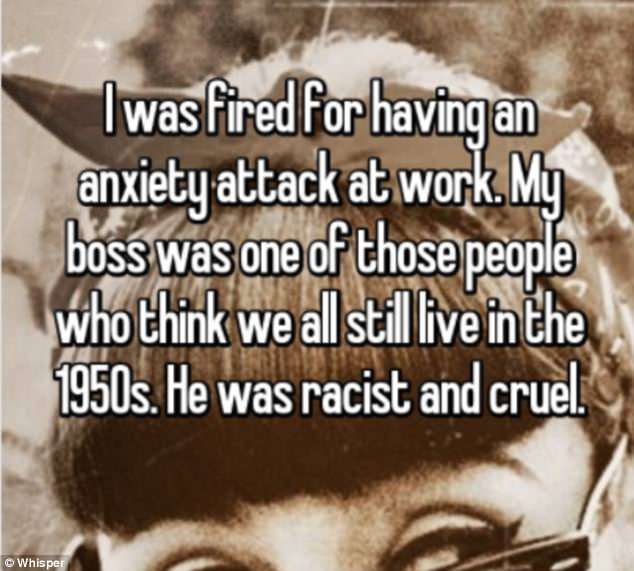 ‘I had an anxiety attack’: This person blamed her boss’ old fashioned attitudes for her being fired 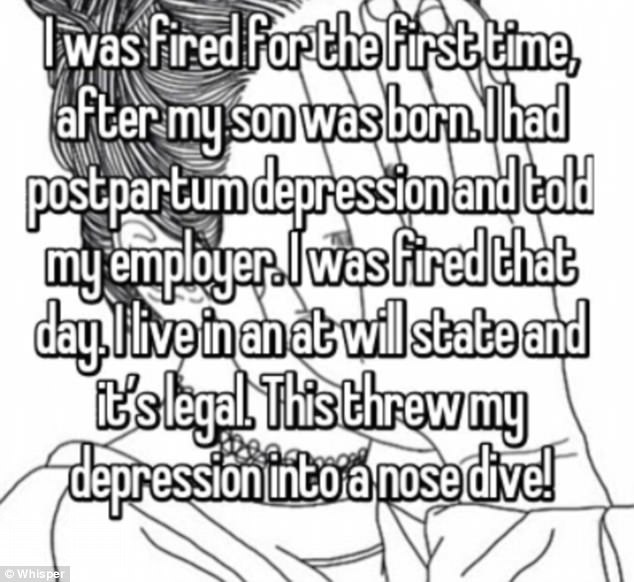 ‘I had postpartum depression’: This new mother says she was fired because of her poor mental health 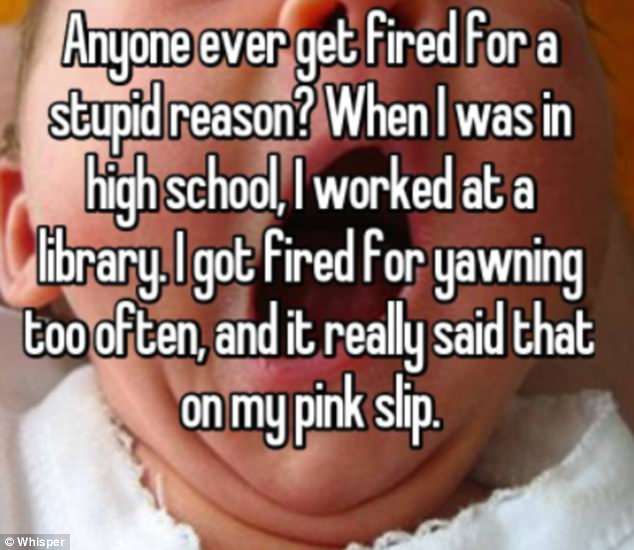 ‘I got fired for yawning’: This person was sacked from her high school job for yawning too often 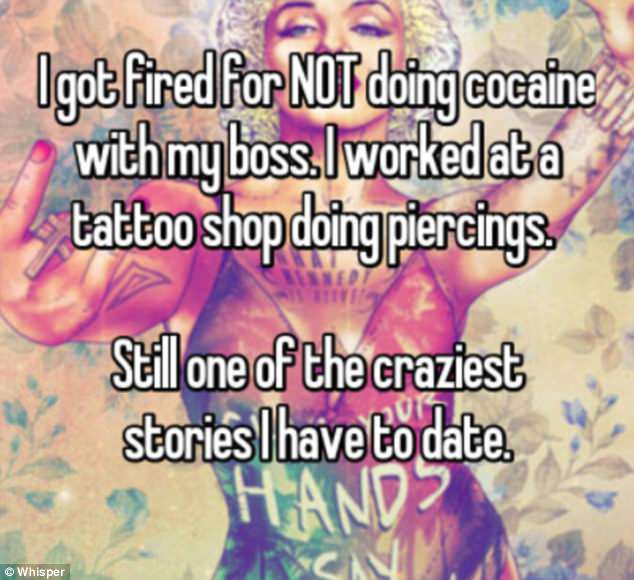 ‘One of the craziest stories I have’: This person claims they were fired for not doing cocaine with their boss 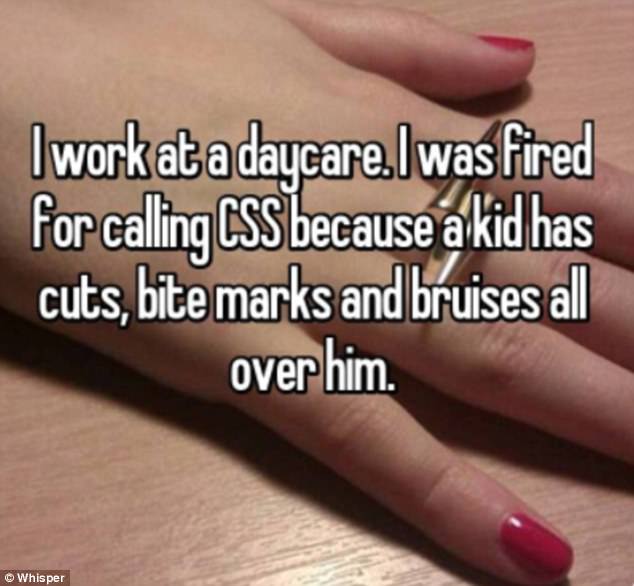 ‘I called CSS’: This person was let go after they called in help when a child was visibly injured