You Can Now Get Froot Loop Mini Donuts At Carl’s Jr. & Hardee’s

I’m pretty sure that Froot Loops were a quintessential part of all of our childhoods at one point or another. The colorful, micro-doughnut shaped cereal was one of those things that you would always beg your parents for when you passed by it at the grocery store (and if your parents were anything like mine, that request almost always failed miserably) — it was sugary breakfast heaven. Now your grown up self can get in on some of the fun: Carl’s Jr. and Hardee’s are launching Froot Loop mini donuts that look and taste just like the classic cereal.

Froot Loops Mini Donuts are launching nationwide at the two fast food chains tomorrow, Aug. 29. Carl’s Jr. and Hardee’s partnered up with Froot Loops to make the nostalgic treat a reality. You might just feel like you’re back at the breakfast table in your childhood home when you see them. The donuts come in classic red, blue, green, and yellow colors, and feature a sweet, Froot Loop-flavored frosting spread of the same shade on top. Prices vary depending on which Hardee’s or Carl’s Jr. location you visit, but Chewboom reports that a box of five Froot Loops Mini Donuts typically sells for around $1.99 to a little over $2. 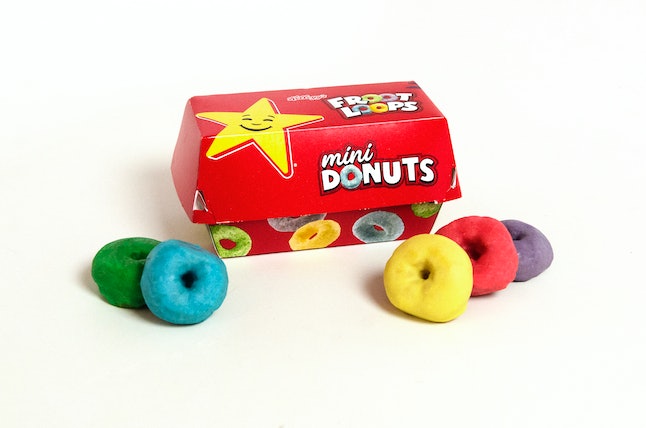 The best part about treating yourself to a box of Froot Loops mini donuts is that there’s no need to stop for milk on the way home. Since customers can enjoy the decadent treats without a bowl of milk, the companies are launching a promotion next week where 90’s heartthrob Mario Lopez (we will always love you, A.C. Slater), The Bachelor couple Catherine and Sean Lowe and other stars showing off their best #NotMilk Froot Loops Mini Donut frosting “mustaches” on Instagram and Twitter. This also gives me major flashbacks to that 90’s Got Milk? ad campaign, featuring countless celebs with iconic milk mustaches, that you used to see in magazines and on billboards absolutely everywhere. 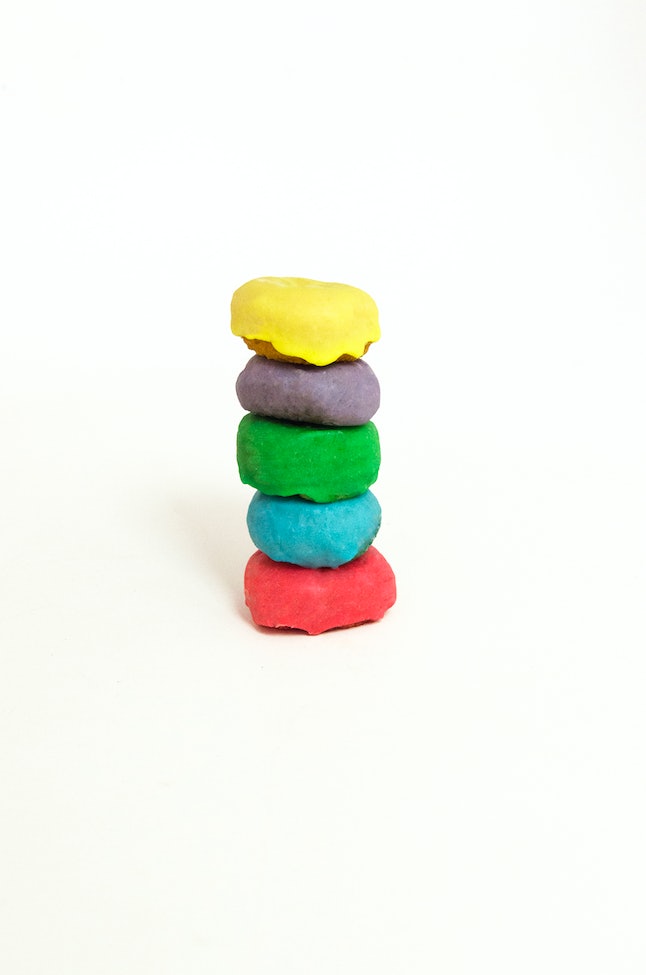 Youtube food review channel Peep THIS Out! posted a video giving the scoop on the all new Froot Loops mini donuts yesterday. "Guys, it actually smells just like I cracked open a box of Froot Loops here," Ian Keiner, creator of the channel, says of the aroma as soon as he opens the box of donuts from Carl’s Jr. (we’re off to a good start). "The frosting color is pretty spot on for Froot Loops," he explains, and goes on to say that there’s actually frosting inside the donuts as well to max out the flavor.

"Oh my god, that’s a big Froot Loop — the flavor is spot on," Keiner says after taking his first bite of the purple donut. He adds that the vibrantly colored donuts "fresh, fluffy, and dense," making me want to rush over to get a box even more than I already did. "Authentic Froot Loops flavor done extremely well," he confirms as the video finishes out, rating the treat a solid 10/10. It’s official: Froot Loops Mini Donuts are a hit.

The donuts will only be available at Hardee’s and Carl’s Jr. for a limited time, so for the sake of bittersweet ’90s nostalgia, head over to your local spot as soon as possible and dig in.