'You know you don't belong': Why people of colour don't feel welcome in pubs 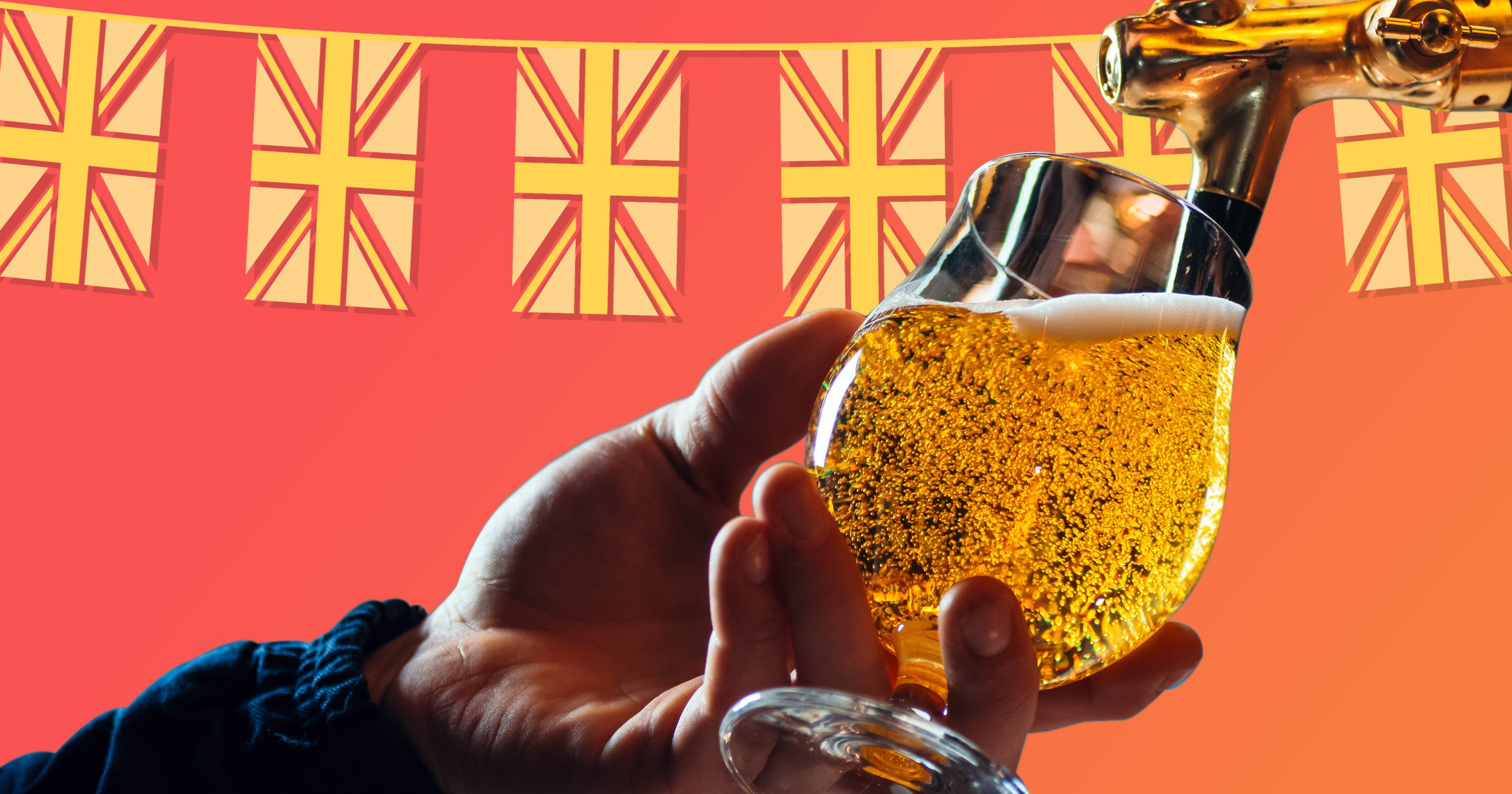 ‘When you look at all the flags outside a pub and see just white people inside, it makes you think twice,’ Kevin Divine*, who is Black, tells Metro.co.uk.

‘Pubs are seen as super British but the flags and “Britishness” they represent are kind of at odds with the kind of Britain I occupy and envision.

‘One time, I went inside and it was like one of those scenes from a Western flick when the out-of-towner steps into a saloon and all the patriots stop what they’re doing and follow his every move.’

‘Even the bartender forgot he was pouring a pint and let it overflow.’

Kevin, from Hull, – which was named City of Culture in 2017 – is one of many people of colour who have experienced this sense of being unwelcome in pubs across the UK.

These important community spaces are often romanticised as a key part of British culture, but for some, the local boozer isn’t a place they can enter without feeling like outsiders.

‘That was uncomfortable but a part of me found it funny and kind of sad that people have that reaction to me being in the room,’ remembers Kevin.

‘My friends and I wouldn’t go to these places anymore because why put yourself in that environment?’

While it would be unfair to say that all pubs are unwelcoming purely because they’re often adorned with flags, there is tense relationship between Black and brown British people and the Union Jack or the St George’s flag.

Some feel it conjures up images of English nationalism or reminds them of far-right movements – such as The National Front, which adopts the Union Jack in its logo.

As well as decor, there are other tangible reasons that may deter people from entering or feeling welcome in pubs – including problematic names.

Last year, a pub that shared a moniker with slavetrader Edward Colston was renamed after the Black Lives Matter protests. A chain decided to rename three of its establishments – including The Black Boy and The Black’s head – due to their ‘racist connotations’.

After UCL compiled a database of firms connected to slavery, another pub, Greene King, changed its title due the plantation connection of its namesake Benjamin Greene.

A study last summer found that one in three people would avoid pubs if they had a racist name or signage.

Kevin isn’t alone in his wariness towards pubs. Anthony, a Filipino person who has lived in Newham his whole life, has a pub at the end of his street – but he never goes in.

Despite coming into drinking age around the establishment, he will travel further afield to join friends for a boozing session, opting for bars and clubs that tend to have a younger and more diverse scene.

He tells Metro.co.uk: ‘You feel like you don’t belong in pubs. The pub next to my house, I have actively avoided.

‘I’ve seen the kind of groups inside. Never a person of colour. I wouldn’t be comfortable in there, and I’ve grown up in this area. You just know it’s not for you.’

In the past, often on Friday nights and weekends, pub-goers have accosted Anthony outside the pub near his home, sometimes issuing racist remarks. And this is not an isolated example of hostility for Anthony.

He adds: ‘I’ve gone into other East London pubs with friends (all of us were non-white). People stared at us, whispered and laughed. We didn’t feel like we belonged, so ended up leaving.’

Zainab, a South Asian woman, never goes to the pub with friends of colour.

The 26-year-old makes a point to only ever go with white friends, even though the pubs she goes to are in diverse areas such as Bethnal Green in London.

‘I have only ever been to the pub with a white friend, never a person of colour. I’ve also never heard a friend of colour say “let’s go to the pub”,’ she tells Metro.co.uk.

‘There are some pubs where it’s very clear they never have people of colour in there at all.

‘One time I went to see a friend in a pub, it was a sea of white faces and everyone stared at me. Only when my (white) friend screamed my name and called me over, the stares settled.

‘Other times, I just knew I couldn’t be alone, because it makes me feel so uncomfortable. These are the kinds of places where if I accidentally walked in, I would walk back out straight away. They’re not inviting at all.

‘The pubs have a demeanour that don’t make them particularly inviting, which I don’t think is a feeling that just ethnic minorities experience. The punters are usually just white, working class men, that white women might not find too welcoming either.

‘These customers have a community there but it feels like you can never be part of it.’

You might think this reluctance for people of colour to go to pubs is less to do with race and more to do with age, as pubs are sometimes thought of as a space for older adults rather than millennials.

But according to the British Pub Market report of 2019, this is far from the case.

The majority of those who do go to pubs are white.

Even in boroughs with a large minority presence such as in London’s Hackney (which has 180 pubs), Newham or Tower Hamlets, pubgoers don’t often reflect the racial makeup of the area they exist in.

The latter can be explained by the religion of some of these residents – some boroughs have large Muslim populations who generally do not drink. But it may also be a symptom of the unwelcoming vibes that Zainab and many other say they feel in pubs.

One way that more people of colour may feel more welcome in pubs is if the staff were more diverse, as research has shown we tend to gravitate towards and associate with others who share our age, race, and religion.

But there is a lack of diversity among public house roles, which is why not-for-profit organisation Be Inclusive Hospitality was introduced.

Founder Lorraine Copes, vowed to make the industry more inviting by having more diverse people in leadership positions. She aims to amplify voices, build a strong community and accelerate racial equality within the hospitality, food and drink sector.

She tells Metro.co.uk: ‘As a Black woman within the sector, I feel compelled to do something about the lack of diversity. This is not something I simply experience at work, it is a societal problem that I have witnessed my entire life.

‘I was compelled to set the organisation up, based upon my lived experience having worked within the sector for 18 years, yet I am rarely in the presence of other people of colour in any decision making room (the same to be said about industry events, awards, and food media).’

This is not to say that all landlords are white. There are minority groups that helm their own establishments, though they are often reminded that they are an anomaly.

Ludy Do, who runs micropub Dodo in Hanwell, is of South East Asian heritage and tells us: ‘I can’t escape the fact that I’m a minority within the pub industry.

‘I remember one lady commented that you don’t often see Chinese people running a pub, it’s normally a takeaway! A microaggression on two counts because I’m not actually Chinese, and not all Asian business owners should be pigeon holed into only being able to run a food takeaway.

‘Pubs play a crucial role in society and are a huge part of British history and our cultural identity. If they’re truly a community-focused space (as so many often claim to be) then they should be mindful of representing diversity, open to inclusivity and of course being actively anti-racist.’

Lorraine believes more quantitative and qualitative data is needed in this area to collate the experiences of Black and brown people to improve how they are treated.

She adds: ‘A total of 17% of hospitality workers within the sector are from ethnic minority backgrounds, so technically what we are delivering is less about diversity and more about equality and inclusion because very few of the 17% are visible in decision making roles or board level.’

To achieve this, Be Inclusive Hospitality has commissioned research to shed light on the experiences of people of colour within the sector, allowing to benchmark data versus white counterparts.

Lorraine adds: ‘The work that we do is routed in the community that we have built, which comprises of people of colour at all levels, allies for change, and data and insights.

‘Moving forward will only take place with acknowledgement, reflection, learning and action.’

*Names have been changed.

The State of Racism

This series is an in-depth look at racism in the UK in 2020 and beyond.

We aim to look at how, where and why individual and structural racism impacts people of colour from all walks of life.

It’s vital that we improve the language we have to talk about racism and continue the difficult conversations about inequality – even if they make you uncomfortable.

We want to hear from you – if you have a personal story or experience of racism that you would like to share get in touch: [email protected]

Do you have a story you want to share?