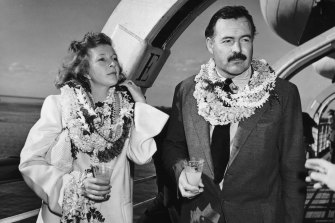 Writer Ernest Hemingway and his war correspondent wife Martha Gellhorn on a ship in 1941.Credit:Getty

For a very long time during my early adulthood, I was obsessed with Gustav Klimt’s The Kiss.

I must have first seen it in an art book when I was in high school. The image, painted over one hundred years ago, shows a man and a woman, caught in a moment of rapturous embrace, their bodies entwined in an arched golden flare of jubilant love.

This is what I want, I thought to myself.

This is how I want to be possessed.

Years later, still living at home and lonely for male attention, I stumbled upon a print of the painting at an op shop for fifty dollars. I paid in cash and carried the frame to my car, where I caught my face in the rear-view mirror – I looked delirious with joy. 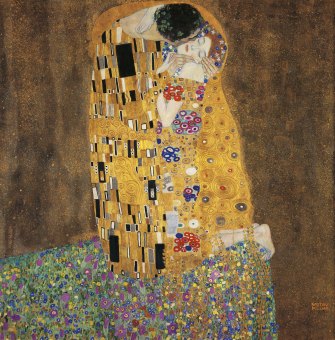 The Kiss by Gustav Klimt,1907Credit:Getty

In my bedroom, I leaned the painting against a wall near the foot of my bed where it sat for years collecting dust. I looked at it often enough. It served as a kind of dream-board, showing me what I wanted out of life; a man, physically larger than me, who would consume me with his love.

At 20, I was not aware of the potential dangers of male desire. I did not know about the patriarchy. When you’re 20, all you want is attention and praise. All you want is love.

In the painting, the man has his neck flattened, face and lips pressed against the woman’s. The woman looks as if she is fainting into a heavenly bliss.

This is the face of a truly happy and well-loved woman, I thought. This is real love.

I was thinking about this painting recently when, over the span of seven days, I read four books written by women, all centring the stories of female creatives who have been lacerated by the men they once loved.

Devotion, it seems, comes at a very high price. 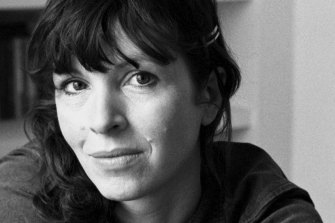 In Rachel Cusk’s novel Second Place, a woman with ‘impossible yearnings’ becomes enraptured by a male artist who trivialises her.

In Rachel Cusk’s Second Place a woman with ‘impossible yearnings’ becomes enraptured by a male artist who takes up residency in her spare bungalow beside her home. The male artist is well-known. He trivialises our narrator, makes her feel ‘acutely unattractive’, paints her walls and rearranges her furniture without her consent.

The narrator thinks this is because the artist is afraid of her. It was “a way of getting himself back on firm ground”. She is the audience to the artist’s performance – his performance “relied on the generosity of burdened people” – usually women.

“So much power lies in the ability to see how willing other people are to give it to you,” she says, and clearly, it is men who retain this sort of power.

“It seemed to me that to love someone is to be prepared to obey them; a love that makes no promise of relenting or of acquiescence is … an incomplete love.” 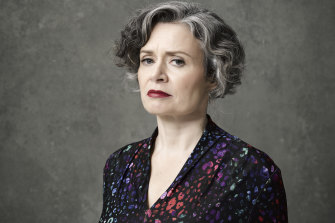 Judith Lucy looked for an ‘equal’ love with someone funny, intelligent and bright like herself. Credit:ABC

‘I put up with his philandering, thinking it might be the price for being with such an unusual and brilliant man.’

Persistently relenting and acquiescing to men was something comedian Judith Lucy did throughout her adult life.

In her book, It Turns Out, I’m Fine: How Not To Fall Apart, Lucy describes the years she threw herself at artists, writers and musicians – male creatives who treated her like a dust cloth, betraying her in unspeakable ways.

Of one male comedian: “I put up with his philandering, thinking it might be the price for being with such an unusual and brilliant man.”

Lucy spent decades pursuing an ‘equal’ love with someone funny, intelligent and bright like herself, only to nurse the burdens of repairing the damage they inflicted.

After reading Lucy’s book, I walked around wondering if there was any hope for ambitious, creative women to be wholly loved by a man for all her talents and feats.

“How did I ever think those men might have wanted to share the laughter when they were usually surrounded by women who were only too happy to buy a ticket for the front row of their bedroom?”

Like Lucy, I’d given flowers to men I loved and paid for their dinners because I didn’t think I was enough. After reading the book, I walked around for several days in a fog of second-hand grief, wondering if there was any hope for ambitious, creative women to be wholly loved by a man for all her talents and feats.

Lucy was looking for a fantasy – not unlike what American artist Helen Frankenthaler found one night in 1958 when she met Robert Motherwell.

“There was a fantastic recognition and a permanent road into each other,” Frankenthaler wrote years later, describing the evening.

The “greatest love affair in the NY art world”, as it was later dubbed, had begun; Frankenthaler was 29. Motherwell was 42, twice married, twice divorced.

He was a leading abstract expressionist who had already garnered worldwide fame with paintings in major museums across America and Europe. When Frankenthaler met Motherwell she found her equal, but he was still recovering from alcoholism. She grew caring and obedient, sacrificing her own needs for his artistic creation. 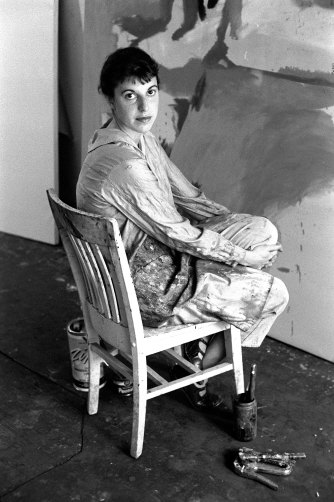 When artist Helen Frankenthaler (pictured 1960) met Robert Motherwell she found her equal, but sacrificed her own needs for his artistic creation. Credit:Ben Martin/Getty

“While Bob painted into the early morning, Helen sometimes slept in his studio to keep him company and away from alcohol,” Mary Gabriel writes in her book, Ninth Street Women.

“It was during this period … that Helen’s name began to be erased from the avant-garde honour roll.”

The light is dim around ambitious women who fall in love with ambitious men.

“Forty years old, hiding your talent, trying to keep your family together,” as Deborah Levy portrays it in Real Estate, the final book in her “living autobiography” trilogy.

“The family house … was haunted by my unhappiness,” Levy laments.

While packing boxes, she finds a book her ex-husband gave her years ago.

“The odd thing was that the book itself … was about a woman who has gifted her life to a man,” she remarks.

“She has made him her purpose in life and we are clueless about her own sense of purpose.”

Nikki Gemmell was in her early twenties when she met W, a man more than a decade older, who was also a writer.

Gemmell’s own desire to write was monstrous, but she was enraptured by W – someone who embodied the “… Baudelarian myth of the artist, one of those heroes of modern living who live on a higher, headier plane than the rest of us.” 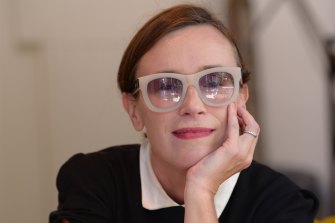 Nikki Gemmell: “He’d envisaged me as the woman who’d look after the kids…He didn’t see me as a creative equal.”Credit: Kathy Luu

In Dissolve, Gemmell recounts the euphoria of sexual intimacy and love. “You know you will throw everything else away – all focus, grit, ambition – for this.”

She addresses the reader in second person, a haunting choice, since most women I know are also wildly ambitious, and have had their creative urges infringed by the hugeness of their male lovers.

“There is the willing violation of the core of who you are, who you lose … But you don’t care. Because you have in your grasp now what you’ve always wanted. Love.”

Gemmell suffers the unbearable ache imposed by an unreliable partner. He doesn’t call for weeks. Their engagement breaks down. She decides she cannot be the ink to his pen.

“Womanhood is a state of giving,” Gemmell concludes. “Helping, nurturing constantly, and enslaving distraction from what you really want to do.”

What I really want to do is write books.

But for most of my life, my hunger for male approval has been charged with an energy brighter than anything else. I believed that to be a whole human woman, I needed to be loved by a strong, human man.

The heroines in these books experience the pain of having the man they love extinguish their sense of self – their desire to create and to centre their own life could not stand alongside their desire to receive the love and devotion they offered their male counterparts.

After reading these books, I came to realise that I’d been waiting all my life to find a love that would bind me and that that was a form of self-annihilation asked of me by the patriarchy. All these women were denied the ‘unrelenting obedience’, as Cusk puts it, required to make good art. They were loyal and docile and committed, but not to their art. 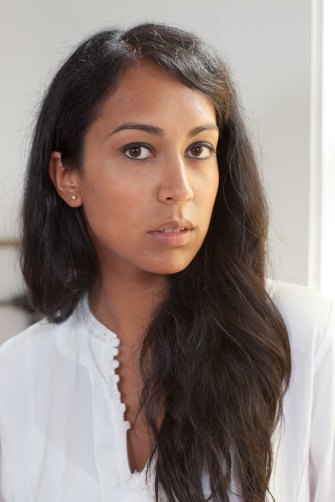 Amia Srinivasan, author of The Right to Sex.Credit:

Sadly, as a straight female, my loyalty is demanded of me “by the infrastructure of male domination, which fears most of all the absence of female desire, labour, minds, hearts,” as Amia Srinivasan writes in The Right to Sex.

All these women were extraordinary artists, writers and journalists, who married men in a world where the male artistry was recognised as theirs was not.

I don’t know where my Klimt print is now. After moving several times, occasionally overseas for long periods, I have slowly and unknowingly separated myself from the enigma and enthral of its initial magic.

Today, when I study the image online, I see a kind of oppression, instead of love. I see a man constricting a woman’s face with tight fingers, his yellow aura blanketing her body into his. I see a woman on her knees, as if in prayer, a forced servant submitting to the domination of male want. Her own face, not bliss, but a kind of endurance. What is she enduring?

The commanding gesture of the male love.

Knowing this now, I am always carefully adjudicating the degree of attention I offer, and to whom.

I carry the knowledge of all these women in my mind, holding their thwarted potential like a torch, a hidden strength in my arsenal.

The obstruction they faced to the life and love they wanted will be my harbinger to a future that may recognise a woman’s work without invalidating her desirability within a loving relationship to a man.

The Booklist is a weekly newsletter for book lovers from books editor Jason Steger. Get it delivered every Friday.