The gender gap has flipped among the ranks of Australia’s young comic artists and cartoonists, skittling stereotypes and heralding a new wave of graphic artists.

New research commissioned by the Australia Council for the Arts shows more than half of artists aged between 18 and 39 are women (54 per cent) and one in five identify as non-binary or transgender (19 per cent). 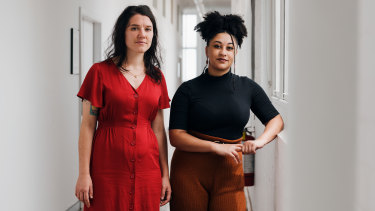 Men account for 27 per cent of this young talent pool, compared to 85 per cent of all male cartoonists and illustrators over the age of 60.

The internet kickstarted the change, with many novices upskilling using do-it-yourself web resources. Online magazines or zines published with low-tech printers and disseminated on social media are giving voice to women, people with disabilities, and those that are gender diverse. 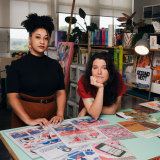 “Pay can be poor, with the life of a graphic artist and illustrator a balancing act between personal projects, freelance work day jobs, and side hustles,” the report found. One in three artists live close to or below the poverty line. Only a small number make a full-time living from their creativity.

The researchers surveyed 260 graphic storytellers and provided in-depth case studies showing the industry to be increasingly inclusive and the skill set of these artists in growing demand.

While graphic storytelling has a long and esteemed literary history in France and Japan, it sits on the cultural margins in Australia, often “defiantly do-it-yourself and expressing a radical anti-corporate ethos,” the report found.

Sydney illustrator Lizzie Nagy, an art school graduate, took to graphic storytelling after bumping into fellow artist Leigh Rigozzi, who was distributing a comic anthology Dark Woods, which he edited with Sarah Howell.

Now a teacher in graphic storytelling at the University of Technology, three of Nagy’s 20 students are male, the rest female.

She puts the gender revolution down to “the ever-rising popularity of in-person zine fairs, like Other Worlds Zine Fair, that autonomously insist on inclusive lineups along their tables”.

“With Other Worlds Zine Fair I spotted a self-motivated committee of gender diverse people who made me feel confident about modes of visual self-expression that are outside the world of galleries and biennales,” she said.

The environment of Comic-Con, an annual international comic book convention, “values mastery in a way that embeds tropes of masculinity – that you should pursue the practice until you are technically perfect,” Nagy says.

Women brought more nuanced storytelling to the medium and comics lent humour, sweetness and understanding to that storyelling in unexpected ways, she said. These alternative perspectives across fiction, non-fiction and memoir were building a more inclusive fan base. “It feels like home,” Nagy said.

Dr MacFarlane said self-publishing and the DIY zine fair scene was active in most big Australian cities. In Melbourne alone there are three, the largest being the Festival of the Photocopier.

“These kinds of communities provide an alternative space to a comic convention, which is a more professionalised event for marketing and trading pop-culture merchandise as well as comics,” Dr MacFarlane said. “Another reason for the greater numbers of women and non-binary people demonstrated by our research is that the comics-making skillset is something that can be utilised and applied across all sorts of different industries.

“So being a comics maker doesn’t always just mean sitting in a room drawing, it means things like interacting with clients, working to briefs and interpreting complex concepts for companies.”

Despite the fact that royalties advances are insufficent to live on, Sydney artist and UTS graduate Claudia Chinyere Akole plans to publish a graphic novel in the future.

“I think we are at the point where our industry is taking form,” she said. “I think things are going to get easier to make a buck, but at the moment its extremely hard to make a living off cartooning and very few people can pull it off,” Akole said.

The comic world of Marvel and DC Comics dominated public understanding of what is actually multiple independent underground comic scenes. “This comes back to a core misunderstanding that comics are a genre when it’s a medium,” Akole says. “The hypermasculine and hyper-sexualised superheroes are one genre of an almost limitless medium.“