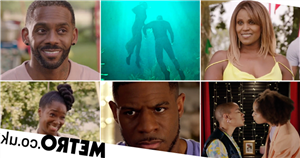 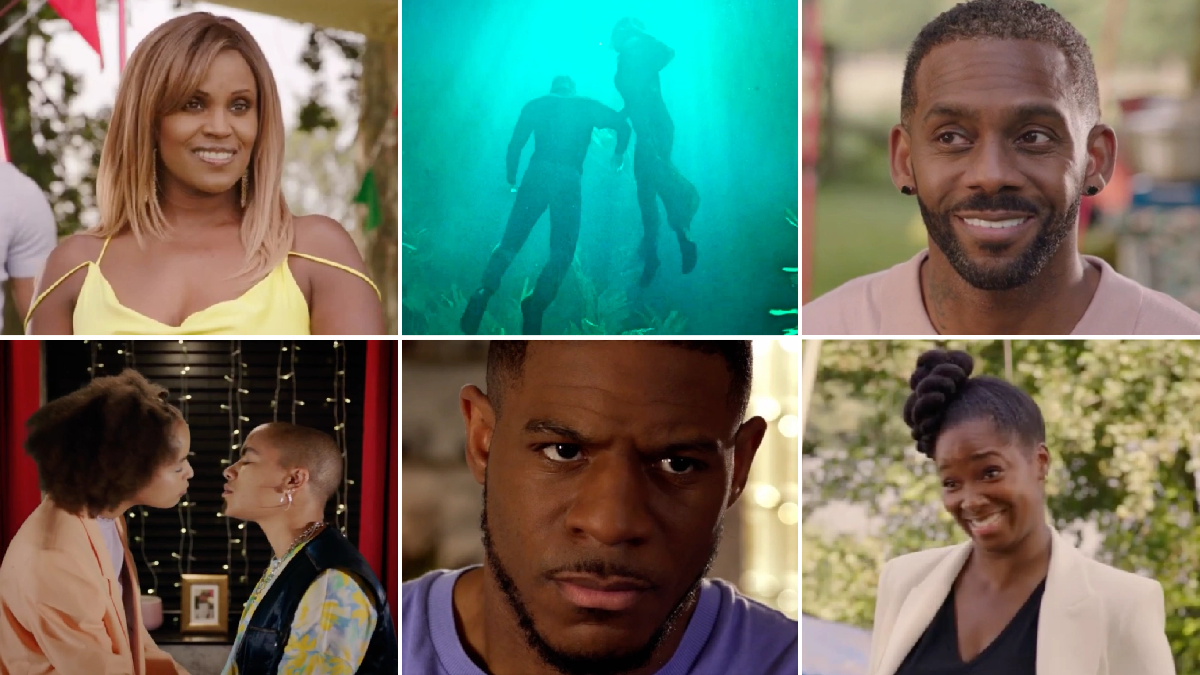 Hollyoaks’ highly-anticipated Black To Front episode aired on E4 this evening (September 9), and it certainly did not disappoint.

The groundbreaking instalment, which will play a pivotal role in Channel 4’s Black to Front diversity day when it airs once more on the broadcaster tomorrow, puts Black talent in the spotlight.

The Deveraux clan took centre stage in the hour-long special, following Martine’s (Kelle Bryan) decision to organise a special barbecue – like the ones they used to have – for Walter’s (Trevor A Toussaint) birthday.

The family was joined by characters of the past, present and the future, all who were played by Black and of Black heritage talent.

With shock twists, heartfelt speeches, emotional reunions and surprise secrets, the outing was full of many memorable moments, several of which will give fans something to think about ahead of the next episode.

If you want to revisit the grandest scenes, or if you simply fancy a little look at what’s in store if you’re planning on catching it on Channel 4, then you’ve come to the right place, as we’re taking a look back at the glorious instalment’s greatest moments!

Felix’s return had been set in motion during the previous episode, following Celeste Faroe’s (Andrea Ali) pleas, as she begged her dad to come home for the barbecue.

Martine, of course, had no idea that her former beau was due to arrive, so when she caught sight of him, she was fuming! A classic soap showdown ensued between the clan, that led to several shock revelations!

One of the aforementioned revelations was that Felix, since departing the village last month, had been staying with son DeMarcus (Tomi Ade) and his mum.

DeMarcus himself made an impromptu arrival during the barbecue, leaving both Felix and Martine stunned.

Martine came to believe that Felix had rekindled his romance with DeMarcus’ mother, while DeMarcus railed at his dad for abandoning him yet again.

It was all very tense!

Ripley Lennox (Ki Griffin) arrived back in the village following their trip to visit their parents, and they were less than pleased to discover Grace Black (Tamara Wall) had invited newcomer Nate Denby (Chris Charles) to stay.

Brooke Hathaway (Tylan Grant), meanwhile, was over the moon when they realised Ripley was back. It became apparent that Ripley was harbouring feelings for Brooke, and Brooke reciprocated those feelings.

Brooke and Ripley decided to go on three dates during the day in question, and following the third at the Deverauxs’ barbecue, they kissed.

Martine, raging with Felix for turning up on her special day, decided to take a boat out on the lake in order to get away from him. Felix, however, followed her in another boat, determined to right his wrongs.

He promised Martine that, if she gave him one last chance, he will not let her down. It appeared as if Martine was contemplating a reunion, but DeMarcus – desperately wanting to talk to his dad – appeared out of nowhere, and his boat crashed into Felix’s, knocking Felix into the water!

In what was one of the episode’s greatest scenes, Martine jumped into the water to save the love of her life, rescuing him from death.

Following his near-death experience, Felix decided that he wanted to be a proper dad to DeMarcus, but he also wanted Martine in his life. Therefore, he asked DeMarcus to move to the village in a truly heartfelt moment.

Martine, meanwhile, knew that Felix was the person she wanted to spend the rest of her life with, and thus after putting Walter straight over his meddling, she told Felix how she felt.

In emotional scenes, the pair shared a passionate kiss.

Walter reminisces about his brother Wilfred

The arrival of Pearl Anderson (Dawn Hope), an old pal of his deceased wife Gloria’s, made Walter reminisce about the past.

The mention of his twin brother Wilfred left him extremely upset. Viewers will know that Wilfred, who was gay, took his own life after facing persecution.

Walter, meanwhile, struggled to accept his brother’s sexuality while he was alive, which is something he is now extremely regretful of.

Pearl offered him some advice, telling him that while we can learn from the past, he needs to live in the present, reminding him that Wilfred wouldn’t want him holding on to this guilt.

Jamelia’s guest appearance as Sharon Bailey did not disappoint!

Sharon wanted all the gossip on her pal Martine’s life, all the while discussing the possibility of match-making Martine’s dad with her mum Pearl!

Martine, meanwhile, opened up to her friend about her cancer diagnosis, and Sharon offered her some advice.

Jamelia was just brilliant as Sharon, and here’s hoping she makes another appearance again in the future!

Martine took the opportunity to thank all of her friends and family for attending her special barbecue as she made an emotional speech, and amid said speech, she posed some powerful questions.

‘We all have our difference views on life and different things that we want, but when we come together as one, that’s when we’re at our best,’ she said.

‘Coming together like this to celebrate special occasions is great, but can you imagine if we did this every day?

Olivia Bradshaw (Emily Burnett) and Goldie McQueen (Chelsee Healey) did not get off to the best of starts, but the pair put their differences aside, and ended up getting along rather well!

Olivia, in fact, embraced her inner McQueen, much to Prince’s (Malique Thompson-Dwyer) delight. However, it appears as if there will be more conflict in store, as the pair are planning on moving to New Zealand!

Just how will Goldie take the news?

Nate Denby is harbouring a big secret it would seem, as after settling into the village, he was seen looking through a folder – one he did not want flatmate Ripley seeing.

The newcomer received a mystery phone call, and as the episode concluded, he was seen analysing print outs of just about every Hollyoaks resident you could imagine.

Just what is he up to?

For much of the episode, Martine avoided phone calls from the hospital. However, following advice from her best mate Sharon, she returned the calls, and discovered that her tumour has not shrunk enough, and therefore she would need a mastectomy.

The emotional scene featured another incredible performance from actress Kelle, as Martine told Felix her news with a smile on her face, informing him that she’s ‘got this’

Hollyoaks’ special Black to Front episode will air again on Friday September 10 at 6:30pm on Channel 4.